Michael Brown
|
Posted: Feb 24, 2017 12:01 AM
Share   Tweet
The opinions expressed by columnists are their own and do not necessarily represent the views of Townhall.com. 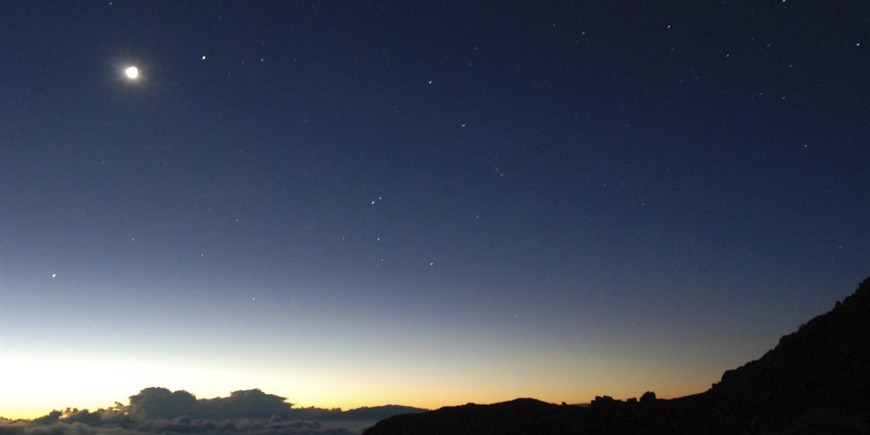 What do Anderson Cooper, Don Lemon, George Takei, and Milo Yiannopoulos have in common? They are all out and proud gay men, and they were all sexually abused as underage minors. Sadly, this is an extremely common occurrence, as there is frequently a connection between childhood sexual abuse and adult homosexuality.

To say such a thing, of course, is to invite a hailstorm of fierce criticism and ridicule: “You bigoted homophobe! These men were born gay, not made gay, and their sexuality is a gift from God, not the result of sexual abuse. Plus, there are plenty of gay men who were never abused and plenty of straight men who were abused as boys and never turned gay.”

Putting the name-calling aside, there is some truth to these statements.

Not all gay men were molested as boys (since there are multiple causes for homosexuality) and not all boys who are molested turn out gay (probably because they were less predisposed towards homosexuality). Still, it cannot be denied that a disproportionately high number of gay men were abused as boys, and that certainly contributed to their sexual and emotional development.

That’s why it was no surprise when Dr. Robert Epstein, the pro-gay editor-in-chief of Psychology Today, noted that gay readers who were upset with an ad that ran in his publication in 2002 sent him letters asserting “that gays have a right to be rude or abusive because they themselves have been abused” (this obviously included being sexually abused).

And that’s why it was no surprise when a 2009 report prepared for a bisexual health summit revealed that 74 percent of bisexuals had been sexually abused as children. (For other studies focusing specifically on the connection between childhood sexual abuse and homosexuality, see here.)

As for the notion that people are born gay, not only would that suggest that infants can relate to the concepts of sexual and romantic attraction (which they obviously cannot), but it would also ignore the fact that our upbringing and environment have profound effects on us. Why deny such an obvious reality?

It is well-known that the children of alcoholics have a much higher chance of becoming alcoholics than the general population, and this cannot be blamed on genetics alone. As stated by the National Institute on Alcohol Abuse and Alcoholism, “Genes are not the only things children inherit from their parents. How parents act and how they treat each other and their children has an influence on children growing up in the family. These aspects of family life also affect the risk for alcoholism.”

In the same way, it is well-known that men who were abused as children are much more likely than the average population to abuse other children as adults. As summarized in a 2001 article in the British Journal of Psychology, “Among 747 males the risk of being a perpetrator was positively correlated with reported sexual abuse victim experiences. . . . A high percentage of male subjects abused in childhood by a female relative became perpetrators. Having been a victim was a strong predictor of becoming a perpetrator, as was an index of parental loss in childhood.”

But again, none of this should surprise us in the least, since the environment in which we are raised, especially if coupled with major, traumatic childhood experiences, has a profound effect on our ongoing mental and emotional and social development.

Yet when it comes to homosexuality, it is taboo to connect childhood sexual abuse with subsequent gay identity since: 1) this would contradict the “born gay” myth; and 2) it would underscore the fact that homosexual attractions are not natural and positive.

As explained candidly by the lesbian feminist and academic Camille Paglia, “Every single gay person I know has some sort of drama going on, back in childhood. Something was happening that we’re not allowed to ask about anymore.” (She was speaking of bad relationships with parents as well as sexual abuse or other factors.)

In keeping with this, all the professional counselors I have spoken with (including trained pastors and psychologists or psychiatrists) have told me that the vast number of gays they have counseled were sexually abused as minors (some told me this was the case in every instance they encountered).

You might say, “But gays hardly have a monopoly on this. What about the problem of heterosexual schoolteachers having sex with their students, especially female teachers with male students?”

But you miss the point, since: 1) we all agree that this is terrible and abusive; and 2) most of us would agree that such relationships have the real potential of negatively affecting that child’s sexual and emotional development. Yet when it comes to gay men who were molested as boys, we’re told this did not contribute to their (homo)sexual development. More disturbingly, in gay circles, such relationships are often looked at as positive and nurturing, since, it is surmised, the boy was already aware of his same-sex attraction and the older man served as a mentor of sorts.

In the words of Harry Hay, the gay icon and founder of the American gay movement, “If the parents and friends of gays are truly friends of gays, they would know from their gay kids that the relationship with an older man is precisely what thirteen-, fourteen-, and fifteen-year-old kids need more than anything else in the world.”

You can be assured that such relationships would often become sexual, thereby providing the entry point into the larger homosexual “lifestyle.” (For other quotes from Hay, see here.)

Similarly, the renowned gay activist Larry Kramer opined, “In those cases where children do have sex with their homosexual elders... I submit that often, very often, the child desires the activity, and perhaps even solicits it, either because of a natural curiosity... or because he or she is homosexual and innately knows it. ... And unlike girls or women forced into rape or traumatized, most gay men have warm memories of their earliest and early sexual encounters; when we share these stories with each other, they are invariably positive ones.”

That’s why “man-boy love” has been celebrated in homosexual culture through the centuries, that’s why there’s a page listing “Historical pederastic couples” on a gay Wikipedia site, and that’s why George Takei could speak glowingly of his first sexual encounter at the age of 13 (with a 19-year-old male camp counselor), at a time when he admits he didn’t know he was gay.

In this light, the outrageous statement by philosopher Michael Foucalt, arguing for lowering the age of consent, doesn’t sound as outrageous: “It is quite difficult to lay down barriers [particularly since] it could be that the child, with his own sexuality, may have desired the adult.”

Ah yes, it was the child asking for it again. This too is sickening beyond words.

The reality is that children, especially pre-teens and young teens, are tremendously impressionable and malleable, as confirmed by this account shared by a Christian family activist (reflecting on his pre-Christian youth): “When I was about 14 or 15, I spent an afternoon smoking pot with a ‘gay’ guy in his 20’s who explained that young people during puberty have a very fluid sexual identity and how easy it had been for him to turn young teen boys into sex partners. . . . A confirming study I later saw said 25% of young teens suffer same-sex confusion but most grow out of it naturally by the end of adolescence.”

It is truly distasteful to speak of such things, but speak about them we must, given the ever-increasing scope of gay activism, especially in our children’s schools. And with the terribly painful issue of childhood sexual abuse coming to the fore in recent days, let’s use this as a teachable moment.

We can do this by: 1) being on the lookout for signs that our own children may have been abused; 2) refusing to allow our kids to be experimental pawns in the culture wars, because of which we strongly oppose sex-based LGBT curricula in the schools; and 3) no longer denying the common connection between childhood sexual abuse and adult homosexuality, thereby providing a path for healing and wholeness.

By doing these things, we will not only make this a teachable moment, we will make it a redemptive one.