Michael Brown
|
Posted: Feb 12, 2017 12:01 AM
Share   Tweet
The opinions expressed by columnists are their own and do not necessarily represent the views of Townhall.com. 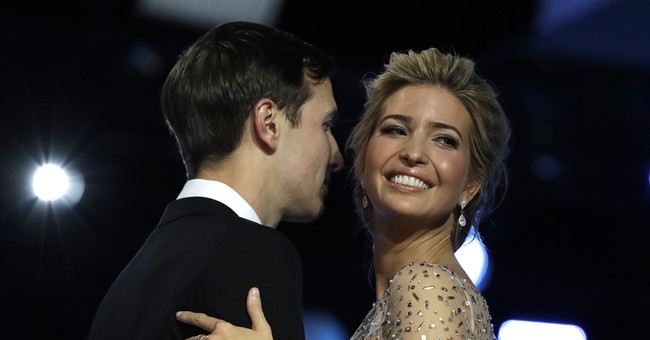 In recent months, leftwing intolerance has been on full display, from the riots against free speech at Berkeley (the home of the free speech movement), to the boycotts of Trump-related fashion (designers not working with Melania and stores dropping Ivanka’s line), and from some entertainers receiving credible death threats if they performed at the inauguration to other entertainers getting blacklisted for performing.

Making this leftwing intolerance even more galling is that it is done in the name of tolerance and enlightenment and carried out in the name of progressiveness and open-mindedness, thereby putting leftwing hypocrisy on full display.

But the leftwing does not have a monopoly on hypocrisy. Those of us on the right have our fair share of it as well.

How can we test for rightwing hypocrisy? Here are some telltale signs.

You believed every conspiratorial theory about Obama (he’s a Muslim; he wasn’t born in the States; he’s gay; he’s being groomed to be the antichrist – or at the least, the leader of the New World Order; he was not going to step down after 8 years but planned to call for martial law and take over the country), but you are aghast when people call Trump a despot or question his motivation.

You called Obama a self-centered narcissist when he frequently spoke about himself (even counting how many times he said “I” in a speech) but see Trump as a selfless man living solely for the betterment of his country.

You loved it when Rush and Hannity and other conservative hosts railed on Obama (virtually 24/7) but you feel the press is being totally unfair to Trump.

You were glad the few times when the Republican-led Congress stonewalled Obama, but are outraged when the Democratic minority seeks to stonewall Trump.

You commended the courts that stood against Obamacare, hailing them for their independent thinking, but you are appalled when the courts stand against Trump, pointing to these instances as perfect examples of judicial activism.

You saw Obama as a race-baiting agitator, inflaming ethnic and racial tensions, but you are outraged when people call Trump a divisive racist.

You made ugly jokes about first lady Michelle Obama (even privately entertaining the idea that she was born male and is now a transgender female) but feel any negative comments about first lady Melania Trump are off limits, since it is wrong to criticize the president’s family.

You mocked the celebrities and athletes who supported Obama (or Hillary), telling them they should mind their own business and assuring them that America could care less about what they had to say about politics, but you commend the celebrities and athletes who stand with Trump, hailing them for their courage and praising them for getting involved in the political scene.

You applauded Trump when he refused to guarantee that he would accept the results of the election if he lost but jeered the Democrats who questioned the legitimacy of his electoral victory. You also would have been the first to declare Hillary’s presidency illegitimate if she had won the electoral vote but lost the popular vote.

How have you scored so far? Have you uncovered any hypocrisy of your own?

I’m aware, of course, that some would argue that Obama’s executive orders were bad while Trump’s are good, or that it was the dominant, mainstream media that fawned over Obama but now seems intent on taking Trump down, or that the courts rightly ruled against Obama but wrongly ruled against Trump. Feel free to raise your objections on certain points.

In the end, though, it’s still hard to deny that hypocrisy is just as rampant (or nearly as rampant) on the right as it is on the left, and we do well to take the beam out of our own eyes – to cite Jesus’ words in Matthew 7:1-5 – so that we can help take the speck (or, beam) out of our neighbor’s eyes.

God hates unjust measures and unequal balances, but He loves fairness and equity and truth (read Proverbs for many examples). So, let’s do our best to be consistent in the stands that we take and in the standards that we use.

That way, we can focus on our ideological differences rather than caught up in superficial, politically based emotional reactions.

That way, we can focus on the truth, and there is no effective weapon that can stand against the truth.