The Left Continues to Self-Destruct

Michael Brown
|
Posted: Nov 28, 2016 12:38 PM
Share   Tweet
The opinions expressed by columnists are their own and do not necessarily represent the views of Townhall.com. 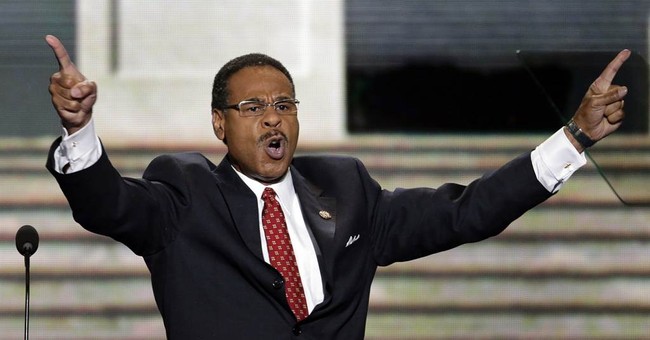 Rather than learn some valuable lessons from the resounding electoral victory of Donald Trump and the Republican Party, it appears that the left is lurching further leftward, thereby paving the way to its own demise.

Here are some recent examples.

The Washington Examiner claims that, according to inside sources, “CNN is taking an increasingly negative approach toward its coverage of President-elect Trump, causing at least some tension within the network.”

Another inside source told the Examiner that, “CNN has always pledged to hold Trump accountable and that's what we should be doing.” However, “Since the election, CNN has out MSNBCed MSNBC,” meaning, become even more liberal than the very liberal MSNBC. “In the long term,” the source said, “that's a dangerous place to be.”

Does CNN not recognize that its reputation for being the Clinton News Network has greatly damaged its credibility? Does the network not understand that appearing to be even more blatantly biased against the president-elect will do far more harm than good?

Perhaps even worse is a major article in the Washington Post, claiming (in the words of the Post’s Executive Editor Marty Baron) that a “Russian propaganda effort helped spread fake news during election,” according to “independent researchers.” (These “independent researchers” are behind the anonymous PropOrNot website, which was the primary source of the attempted exposé.)

According to Ben Norton and Glenn Greenwald, writing on TheIntercept.com on November 26, “This Post report was one of the most widely circulated political news articles on social media over the last 48 hours, with dozens, perhaps hundreds, of U.S. journalists and pundits with large platforms hailing it as an earth-shattering exposé. It was the most-read piece on the entire Post website on Friday after it was published.”

And what, exactly, did this article claim? (Remember that we’re talking about the Washington Post, not the National Enquirer.) Norton and Greenwald explain that, “The group’s list of Russian disinformation outlets includes WikiLeaks and the Drudge Report, as well as Clinton-critical left-wing websites such as Truthout, Black Agenda Report, Truthdig, and Naked Capitalism, as well as libertarian venues such as Antiwar.com and the Ron Paul Institute.”

So, it is the evil and ubiquitous Russian Empire that is fueling the right-wing fires of Drudge Report (which, of course, is simply a news aggregator rather than a news manufacturer) along with the libertarian fires of the Ron Paul Institute. Who knew?

So much for the liberal media being careful not to discredit itself in the aftermath of its election misreporting, because of which one can only wonder how long the New York Times slightly introspective mea culpa will last and how deep it will go.

The Times did, though, make a strongappeal for the Democrats to put their emphasis back on the economy rather than on leftist agenda items. But have the Democrats learned their lesson? Their consideration of Rep. Keith Ellison for party chair indicates that they are not getting the message either.

As noted by Fred Lucas on the Stream, “The leading candidate to be the next chairman of the Democratic National Committee, Rep. Keith Ellison, D-Minn., has said he wants the Democratic Party to come out against the Second Amendment, compared the 9/11 attacks to the Nazi Reichstag fire, and was affiliated with the controversial Louis Farrakhan’s Nation of Islam.”

Lucas also points out that Ellison “once said eventual nominee Hillary Clinton would have to prove she’s not a Republican to get his support.” Seriously?

Do the Democrats really think that identifying a radical-left Muslim as their party chairman will help them regain political power in America? Have they learned nothing from the Trump victory?

To give just one more example of the left’s failure to put its finger on the pulse of America, consider ESPN’s response to the death of Fidel Castro.

But first, to put this in context, note that, in the month of October alone, ESPN lost 621,000 subscribers, which is a staggering number. And while it is impossible to state with certainty that some of this loss was due to ESPN’s liberal political views (baseball legend Curt Schilling accused ESPN of being “bigoted and intolerant” towards conservatives like himself), it is interesting to note that in January, 2016, an ESPN memo advised that “we should refrain from political editorializing, personal attacks or 'drive-by' comments regarding the candidates and their campaigns (including but not limited to on platforms such as Twitter or other social media).”

How, then, did ESPN report the death of the Cuban dictator? It praised him for his sporting accomplishments, with the headline of the 1,100 word article reading, “Fidel Castro, 90, fused sports into Cuba's national identity.”

To be fair, the extended obituary did speak candidly (albeit non-condemningly) of Castro’s conflicts with America and did mention the negative effects of some of his economic policies.

But rather than devote even one syllable to the many atrocities committed by Castro (see here and here and here for some examples), ESPN chose to celebrate Cuba’s athletic prowess, noting, “Soon after coming to power, Castro recognized the potential benefits of national excellence in athletics and Cuba eventually became one of the strongest sporting nations in the world -- despite a population only slightly greater than New York City's.”

Yes, EPSN reminds us, “At the Olympics, Castro's athletes were at their best,” closing the article with a recent (and representative) quote from Castro, one meant to present his defiance of America in a positive light. What fight he had, to the end!

In light of this small but representative sampling, I have a word of free advice for the “progressive” left wing, including CNN, the Washington Post, the Democratic Party, and ESPN: Just as Communism rose and fell, you too will go into extended decline unless you learn from the error of your ways and make a course correction.

For the media, that means reporting the news rather than manufacturing the news and striving for unbiased, honest reporting. For the Democrats, that means stepping back from radical leftist causes. For ESPN, it means staying out of politics and being a network devoted entirely to sports.

Will the left learn? I do hope so, but I’m not holding my breath.