Behind the Gay Anger there is Often Deep Pain

Michael Brown
|
Posted: Apr 07, 2016 12:01 AM
Share   Tweet
The opinions expressed by columnists are their own and do not necessarily represent the views of Townhall.com. 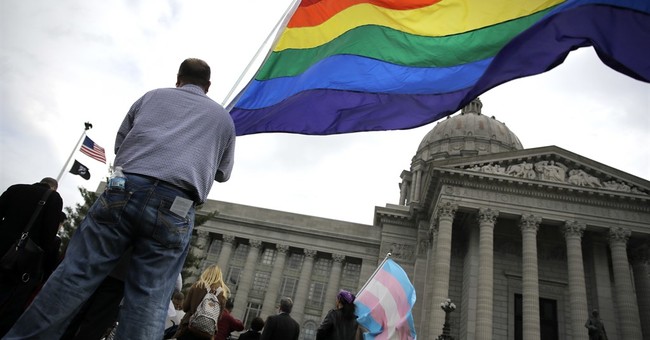 I had no idea who the man was, but he ended his note to me on Facebook with these words: “You’re a monster, and you do not exhibit anything near ‘Christ’ like. You are a demon. You are a plague on this earth. And that is all I have to say.”

What had I done to provoke him to such anger?

His name was John, and he made things clear in his opening paragraph: “Oh Dr. Brown. Where should I start? You sir are a quivering fool. You express hate, and vitriol towards human beings. You protect individual rights to cause harm to members of a community within the United States. Your hatred has been seen, that you can't stand the LGBT community, and that for some reason you feel that it is up to you to judge us, and save the world. Sadly sir, I have bad news for you. ITS NOT UP TO FILTH LIKE YOU. Your hate, and your ignorance, is what keeps fueling the fires, which keep this fight going.”

Writing as an openly gay man, he said, “I hope that one day you realize the world is actually a good place with the LGBT community in it. We thrive as individuals, and we are successful as a community. We strive for equal rights just as women did during the suffrage movement. We fight for equal rights just like African Americans did during the Civil Rights Movement in the 60's.”

John stated that some of the greatest artists and leaders have been LGBT, along with “some of the greatest, kindest people on the earth.” In contrast, he claimed, when it comes to Christians, “None of you exhibit peace, and love.”

Of course, if John actually knew what I believed, he would know that I’ve said many times that, in the eyes of gay activists, this is a struggle for freedom and equality and respect and that, while differing deeply with LGBT goals, I understand their perspective.

He would also know that I’ve said countless times that some of the nicest people you’ll ever meet or work with identify as LGBT.

And he would know that I tell parents whose kids come out as gay to show those kids unconditional love, even while making clear that they will not compromise biblical standards and truths.

Somehow, however, this gentleman had a very different impression of me, and this is what fueled his fire.

Again, wild exaggerations (although, on average, gays and bisexuals, especially males are more promiscuous than heterosexuals, but this certainly does not describe every gay man or woman).

And then this: “I live my life day to day dealing with people like you. Who would like to see my community exterminated. And removed from the earth. I have gone through beatings. Rapes. I have been drug behind vehicles. I have everything done to me that you can imagine.

“And all of those things you condone, and accept.”

This is why he called me a monster and a demon and a plague.

John actually thought that I condoned violence against gays (nothing could be further from the truth), and that I would commend those who beat up a gay man or dragged him from a vehicle.

Ultimately, we had to block him from our Facebook page because he violated our guidelines (using profanity and wishing for violence against others), with posts to others like these: “A man who supports the Kill the Gays movement however, like Dr. Brown, has no morals.”

And, “I can't wait for you to feel the physical hate that the gay community has felt. I think it's high time Christians started getting beat for who they are. Drug behind trucks. Tied to fences and left for dead. They deserve it. Filthy bigots.”

And, “You are just the same as Hitler. He said the same thing about Jews as you say about the lgbt community.”

And, “I can't wait for the Christian persecution to start. They deserve it.”

When someone asked, “John, why are you so hate filled. Can you name something that a true Christian has done to you?”, he replied, “My father, a Christian pastor beat me almost to death and dumped me in the middle of the desert. Claiming god told him to do it. He spent the rest of his life in prison.

“He was a Christian. So now it's the Christians turn. I hope they all feel as much pain as they dish out.

Tragically, that says it all: Behind the seething hatred and anger, behind the false accusations and lies, is a massive open wound. The pain is raging through his words.

Of course, I have no way to verify his story, but even if it is embellished, it is representative: Many who identify as LGBT and spew venom against Christians, against God, and against the Bible have been wounded by professing Christians – by their words, their attitudes, and their actions.

And while people like John are responsible for their ultimate decisions, we do well to remember that behind the anger there is often pain, and if we respond to the anger and ignore the pain, we will not be able to help them find wholeness in the Lord.

Since early 2005, I have sought to live by the dictum of “Reach out and resist,” meaning, reach out to LGBT’s with compassion; resist the LGBT agenda with courage.

And as much as I am hated and vilified by many LGBT leaders, branded one of the nation’s most vicious homophobes (among a multitude of other epithets, many too rancid to repeat), my heart continues to go out to them, longing for their repentance, longing for them to encounter the Father’s love, and longing to see them come into the fullness of God’s plan for their lives.

May the love of God touch John, and may he come to know the Father he now reviles.

Why not offer up a prayer on his behalf?