Radical Islam Is At War With The Rest of the World

Michael Brown
|
Posted: Mar 23, 2016 12:01 AM
Share   Tweet
The opinions expressed by columnists are their own and do not necessarily represent the views of Townhall.com. 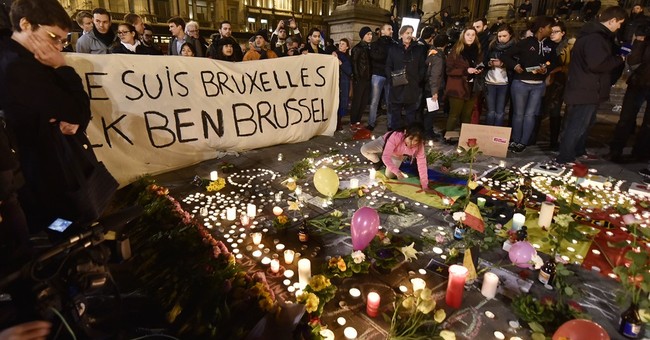 To a Muslim terrorist, unbelievers are unbelievers, be they children, women, or men, and killing them is doing Allah’s work.

That’s why Muslim terrorists could carry out their horrific acts in Brussels this week, indiscriminately murdering and maiming people who, in all likelihood, never lifted a finger against a Muslim in their entire lives.

It didn’t matter. To the radical Muslim, they are guilty and they deserve to die.

But before I explain this murderous mentality, it’s important that we say a word about terminology.

In my judgment, both criticisms are wrong.

On the one hand, radical Islam represents a genuine stream of Islam. It can be traced back to Muhammad himself and to centuries of Islamic history and mountains of Islamic texts, and so it is completely justifiable to use the term “radical Islam” and it is false to make the blanket statement that “Islam is a religion of peace.”

Was it a religion of peace during its near genocide of Middle Eastern and North African Christians during the last century of its so-called Golden Age (the 13th century)?

Is this the description of a religion of peace? “The Holy War, as it is known in Islamic Jurisprudence, is basically an offensive war. This is the duty of Muslims in every age when the needed military power becomes available to them. This is the phase in which the meaning of Holy War has taken its final form. Thus the apostle of God said: ‘I was commanded to fight the people until they believe in God and his message. …'” (Citing Egyptian scholar Dr. Muhammad Sa’id Ramadan al-Buti from his book “Jurisprudence in Muhammad’s Biography,” p. 174.)

On the other hand, there is a less violent stream of Islam that also traces itself back to Muhammad, and it is a stream that differs in many ways from radical Islam, deploring attacks like those in Paris and Brussels in the name of Islam.

That’s why many leading Islamic scholars today have denounced ISIS, with some, like Shaykh Muhammad Al-Yaqoubi, writing books like Refuting ISIS: A Rebuttal of Its Religious and Ideological Foundations.

So, while we can dispute rather radical Islam is real Islam (or the only Islam), we cannot dispute is that there are Quranic texts and Islamic traditions that can be cited to support these acts of barbarous violence.

This means that radical Muslims are not creating this violent ideology out of thin air. They are doing what they do in the name of Allah and in the spirit of Muhammad based on their interpretation of the texts.

In short, radical Muslims are at war with the non-Islamic (or, more particularly, non-radical-Islamic) world.

Radical Islam, then, is at war with all forms of non-radical Islam (including differing forms of radical Islam), which is why Muslims kill more Muslims than any other group of people, with Shiites murdering Sunnis and vice versa, among other factional wars.

And radical Islam is at war with all non-Muslims, in particular with the West (because of our worldly ways, America being called the “great Satan”) and with Israel (the ultimate hated people, called the “little Satan”).

Taking this a step further, the Quran (5:33) explicitly states that “the penalty for those who wage war against Allah and His Messenger and strive upon earth [to cause] corruption is none but that they be killed or crucified or that their hands and feet be cut off from opposite sides or that they be exiled from the land. That is for them a disgrace in this world; and for them in the Hereafter is a great punishment.”

What does it mean to cause “corruption” (or, “mischief”) in the land? Christian apologist David Wood explains that there are many possible interpretations that have been offered, some of which are used to justify terrorist attacks against the West (or against non-Muslims in general).

As for “waging war” against Islam, the capturing of an ISIS terrorist in Brussels a few days ago would certainly be considered an act of war against Islam, and so the coordinated, murderous attacks that followed would be considered just retaliation, part of the Islamic holy war (jihad).

I would urge, then, that rather than getting into a battle about whether radical Islam is a legitimate or illegitimate interpretation of Islam, we must acknowledge its existence, we must recognize that it is embraced by many millions of Muslims, and we must understand that, in its eyes, you and I are the enemies, and so killing us is doing Allah’s work.

Tragically, just two months ago, the people of Brussels launched an international campaign to tell the world that their city was safe from terror.

How much better it would have been for them to recognize the lethal danger of radical Islam that was lurking right within their own neighborhoods, devoting their energies instead to exposing and uprooting these terrorist cells.

We in America would do well to follow suit. Denial can be deadly.