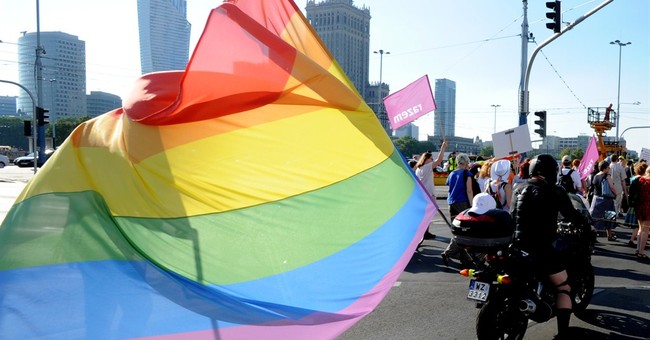 One of the strongest arguments against consensual adult incest is that incestuous unions could result in children with genetic defects, but since that concern wouldn’t apply to same-sex couples, an Irish political leader has argued that gay cousins should be allowed to “marry.” And that only begs the next obvious question: Why not gay brothers or gay sisters?

As reported in the Irish Times, Independent Senator David Norris, himself gay, “has said that gay cousins should be allowed to marry each other following the same-sex marriage referendum.”

“It would not take a feather out of me if two cousins married each other,’’ Mr. Norris said. “What is the problem with that?’’

So, no sooner does the Irish Legislature officially announce the legalizing of same-sex “marriage” than an Irish Senator calls for gay cousins to be allowed to marry.

Yes, “Mr. Norris said the regulations covering cousins marrying were introduced to protect the genetic pool, but that this would remain relatively untroubled by same-sex marriage.”

Then wouldn’t the same line of reasoning apply to gay brothers or sisters who wanted to “marry?”

And from a “progressive” Christian perspective, if Leviticus 18 does not apply to believers today (including, of course, the prohibition against homosexual practice in Leviticus 18:22), then why should the prohibitions against incest in that same chapter (found in verses 6-17) still apply? After all, Jesus didn’t say anything about incest, so it couldn’t be that important, right?

Haven’t we heard all these arguments before when it comes to homosexual unions?

For several years, I have been charting the growing call to normalize consensual adult incest, most recently documented in Outlasting the Gay Revolution, where I include a list of TV shows and Hollywood movies in which such relationships are embraced or even celebrated.

Yet when I dared raise the subject on the Piers Morgan show in December 2013, his only response was that I was being “ridiculous” and “silly” to speak of such things, despite the fact that there have been court cases advocating for consensual adult incest and that some European countries already lifted legal sanctions against incestuous relationships.

And let’s not forget that in July 2014, in Australia, “Judge Garry Neilson, from the district court in the state of New South Wales, likened incest to homosexuality, which was once regarded as criminal and ‘unnatural’ but is now widely accepted.

“He said incest was now only a crime because it may lead to abnormalities in offspring but this rationale was increasingly irrelevant because of the availability of contraception and abortion.”

The article reporting this was titled, “Australian judge says incest may no longer be a taboo,” and based on his logic, there should be no objection to gay incestuous “marriages” since gay couples can’t produce children of their own.

Note also that in September 2014, “A government-backed committee in Germany has recommended that the government abolish laws criminalizing incest between siblings, arguing that such bans impinge upon citizens’ rights to sexual self-determination. According to findings from the German Ethics Council [made up of scientists, doctors, and lawyers], that right is a ‘fundamental’ one, and carries more weight than society’s ‘abstract protection of the family.’” (Yes, this was from a panel of so-called ethicists.)

One month later, on October 9, 2014, the Huffington Post ran an article titled, “Should Incest Between Consenting Adult Siblings Be Legalized? Experts Sound Off,” and the article was posted in the Huffpost Gay Voices section, with some opening calling for the removal of taboos against adult incest.

That’s why I wasn’t in the least bit surprised when, in December 2014, I was the only one of five debaters on the DebateOut.com website (which is now defunct) who argued that consensual adult incest should remain prohibited by law.

So, go ahead and mock me and tell me there’s no slippery slope.

As I’ve said before, you can mock my words today but you’ll mark them tomorrow.

This is the inevitable downward slide that results when you separate marriage from procreation and from joining children to their mother and father. You end up with positions like that of Sen. Norris.