The Failure of Status-Quo Christianity 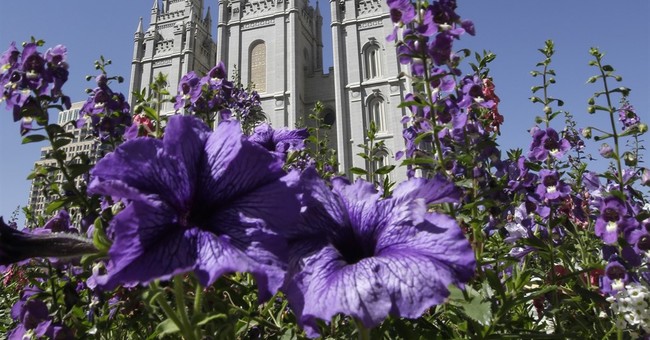 There is a reason the church in America has lost ground in recent years.

It is not because of our stand for morality and righteousness, although our hypocrisy has greatly damaged our credibility and lessened our authority.

It is not because of our claim that salvation comes through Jesus alone, although our failure to live out the radical implications of that claim has blunted the force of our message.

No, the biggest reason the church in America has lost so much ground in recent years is because we have become the Church of the Status-Quo, the Assembly of the Content and Well Fed, drifting aimlessly with the tide rather than being the revolutionary society we were called to be.

As I wrote in 1989, like the church of Sardis in Revelation 3, “we have become the ‘perfect model of inoffensive Christianity’ (G. B. Caird), ‘having a reputation of being alive, yet being dead’ (Rev. 3:1). Like Sardis, we have so come to terms with our pagan environment that we provoke almost no opposition and make virtually no impact. And like Sardis, situated high on a mountain rock, we have felt safe and secure in this world.

“The fact is, we have gotten so fat that we can’t even get out the church doors to touch the world. Our contemporary gospel has bred complacency instead of compassion, success instead of sacrifice, prestige instead of prayer. We no longer ask what we can do for Him, but rather what He can do for us.”

Jesus came to launch a revolutionary movement with the ultimate goal of replacing the kingdoms of this world with the kingdom of God (just as we pray in the words of the Lord’s Prayer), turning worldly values upside down (see Luke 16:15) and calling us to leave all and follow Him (see Luke 14:33).

But when we become the Church of the Status-Quo, the complacent majority rather than the persecuted minority, we lose our revolutionary edge, becoming like the world rather than changing the world.

That is our great, great challenge: As the gospel spreads and the church grows, how do we maintain our revolutionary focus? How do we continue to live in the light of eternity in the midst of material prosperity? How do we avoid carnal complacency when everything is going well?

In his book The Different Drum, M. Scott Peck commented, “If a so-called religious belief is not radical, we must suspect that it is mere superstition. The profession of a religious belief is a lie if it does not significantly determine one’s economic, political and social behaviour.”

How do our contemporary sermons line up with a standard like this?

Journalist and author A. G. Gardiner once wrote, “When a prophet is accepted and deified, his message is lost. The prophet is only useful so long as he is stoned as a public nuisance, calling us to repentance, disturbing our comfortable routines, breaking our respectable idols, shattering our sacred conventions.”

To a certain extent, this applies to the whole church, although to be sure, as followers of Jesus, we are to be known for our love, for our care for the poor and needy, and for our message of hope and forgiveness, along with our prophetic, confrontational stance.

But the principle remains the same: When we are accepted by the world and our message becomes innocuous, we lose our effectiveness.

That is the kind of revolution Jesus came to inaugurate, and that is the kind of revolution that will impact and change the world until He returns. And that’s why, although I’m grieved over the current state of affairs in America and mourn over the state of much of the Church, I’m encouraged at the same time, knowing that the growing opposition to the gospel in our country is a blessing in disguise.

It is waking us up from our slumber, reminding us that we are in this world but not of it, and calling us afresh to lead revolutionary lives, following in the countercultural footsteps of our Master and Lord.

The German theologian Gerhard Lohfink once wrote, “It is true that Jesus never called for a political, revolutionary transformation of Jewish society. Yet the repentance which he demanded as a consequence of his preaching of the reign of God sought to ignite within the people of God a movement in comparison to which the normal type of revolution is insignificant.”

In response to this, I say on with the Jesus revolution.

We have been born (and born-again) for such a time as this.