A Public Appeal to Lebron James 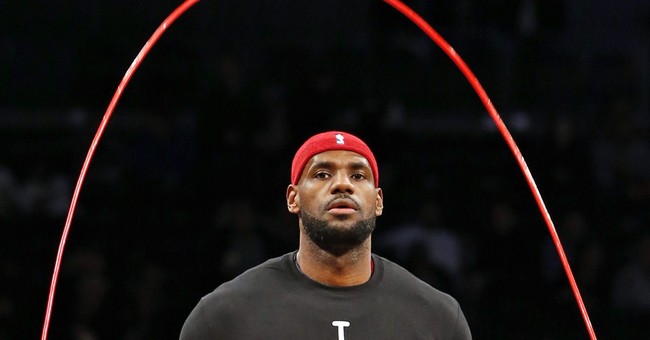 I’m sure that you don’t know me from Adam, but somehow I’m trusting that this letter will make its way to you and that you’ll take a minute to read it.

I share the same name – Michael Brown – as the young man shot and killed in Ferguson, Missouri, but other than that, our lives are very different.

My dad was a lawyer in the New York Supreme Court, and one of my uncles was a cop.

At the age of 16, as a Jewish, heroin-shooting, LSD-using, hippie rock drummer, Jesus came into my life and everything changed radically since then.

Like many Americans, I have followed your amazing basketball career with interest, first hearing about this teenage phenom called “King James.”

When you came to the NBA, I was impressed with how you interacted with the sportscasters who interviewed you, looking them in the eye and calling them by name.

Then, after losing to Dallas in the championships, I was impressed with your humility, talking about being immature in the past. It takes a real man to do that.

And when you won your first championship, I watched closely as you told your teammates not to celebrate until the last seconds ticked off. I said to myself, “He’s really becoming a leader.”

Now, with your move back to Cleveland to strengthen your family roots, joining a younger team that has to overcome many obstacles, you’ve set a great example for many other athletes.

And so, because of your worldwide influence, I want to make a public appeal to you.

When you and your Miami Heat teammates wore hoodies in honor of Trayvon Martin, you were saying to the nation, “There are plenty of black men in America who wear hoodies and who are not criminals,” reminding us that one of you could have been targeted on the streets of your city because of your outward appearance.

And when you wore the “I Can’t Breathe” jersey the other day, you were speaking for many Americans, white and black, who are upset about the death of Eric Garner and who cannot understand the decision of the grand jury not to charge the policeman involved with something, even involuntary manslaughter.

But as a fellow-American and fellow-human being – part of the same human race, with the same blood flowing through our veins – I’m deeply concerned about a one-sided message being sent out today by many black athletes, including the St. Louis Rams who started their game with the, “Hands Up, Don’t Shoot” pose.

Lebron, as you raise your kids in Cleveland, who is going to keep them safe? Isn’t is the policemen of the city?

As you live your life as one of the best-known, too-big-to-hide personalities in the country, who protects you and your family and teammates every night? Isn’t is hardworking, law enforcement agents who risk their lives and have very little financial security to show for it?

As Charles Barkley recently said, “Cops are absolutely awesome. They’re the only thing in the ghetto from — between — this place being the wild, wild west.”

Many of them die every year in the line of duty while trying to enforce the law. How have they now become the bad guys, working against the good guys?

With all my heart, I stand with you to work for justice and equality under the law for all Americans.

But there’s a mixed message you’re sending out, especially to many young people who already disrespect the law and who already have a problem with authority

When you put your hoodies on before that game, you were saying to the nation, “Yes, there are some bad guys who wear hoodies, but plenty of good guys wear hoodies too. Please stop profiling us and killing us.”

What about the police?

The vast majority of them are law-abiding people, working for your interests, not against them, trying to keep the streets safe and trying to reduce all kinds of crime.

How about a pro-police statement to the nation? How about using your God-given creativity and joining with your fellow athletes to say, “Thank you to the police of America for all that you do.”

What about highlighting the cops who engage in risky, undercover raids to deliver kids sold into sex trafficking, or the men and women who infiltrate the gangs to bring down the kingpins who are flooding the inner-cities with drugs – putting their own lives at risk in the process – or the cops killed while trying to stop a violent crime, leaving behind a widow and orphans?

Why not say, “Yes, I know there are some bad cops out there, but we want to honor all the good cops and send a message of respect and honor to young people across the land, reminding them that the law is their friend and not their enemy.”

You were probably racially profiled growing up – I was not – and I understand why you take the stands that you take.

But you are a role model and example for millions – it means a lot to see you with your wife and kids – and I appeal to you not to be guilty of professional profiling, as if cops by profession are somehow evil.

The world is watching. What will you do?

I appeal to you send a pro-police message to the nation.

You are the perfect man for the job.