Did Bill O’Reilly Cave in to Gay Correctness? 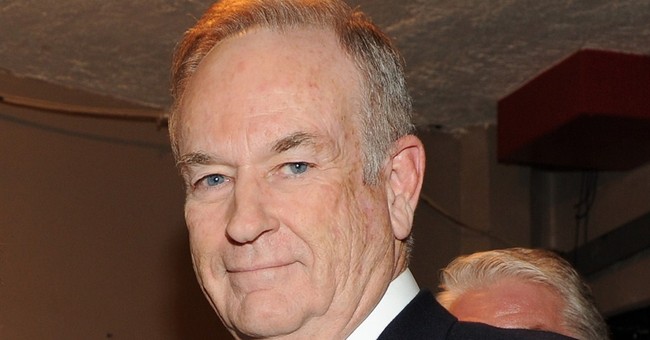 The blurb on RightScoop.com described a video clip from the O’Reilly show and declared: “BillO has completely lost it. He said if someone gets into the face of a gay person and tells them they are going to hell, that should be illegal.”

Did O’Reilly really blow it here? Did he put gay sensitivities above First Amendment freedoms?

Although he should have chosen his words more carefully, I believe his comments are being blown out of proportion.

To be sure, I agree with those who feel that aggressive gay activism is the principle threat to freedom of speech, conscience, and religion in America, and there are more than enough cases to demonstrate this concern.

In fact, the backdrop to the O’Reilly show in question was the arrest last week of an American street preacher in England (named Tony Miano), who was arrested and interrogated for preaching against sexual sin, including homosexual practice.

Of course, arrests like this in England are not that uncommon, which is all the more glaring when you consider how much latitude has been given to genuine hate speech, namely, from radical Muslim Mullahs. Miano’s arrest even drew a word of protest from PinkNews.com, not exactly a bastion of right-wing conservatism.

But in the case of O’Reilly, who was discussing First Amendment issues with John Stossel, I don’t believe he was siding with those who want to restrict our freedoms of speech and religion. His primary error was using the subject of preaching against homosexual practice as an example of “hate speech.”

I don't think a person should be allowed to go up to another person.

I think that should be against the law because he's invading the person's space. He's bringing intentional, personal anguish to the person. I think that person should be protected.

According to Stossel, this would be “wrong,” but legal restrictions should only be put on “fighting words, inciting violence because . . . ,” which O’Reilly interrupted with, “No, ‘going to hell’ is pretty violent. There's a lot of fire down there. It does not feel good.”

Of course, it is absurd to say that telling a person he or she is going to hell – for whatever reason – is “pretty violent,” and such inanities hardly help O’Reilly’s cause.

Yet Stossel agreed that people “shouldn't be able to get in the face of people,” although he didn’t feel the laws actually stopped this behavior. And ultimately, while O’Reilly claimed that the British are “looking for a more civil society,” he added, “I think they are making a mistake in the general sense.”

The segment ended with this exchange:

O’REILLLY: But, specifically, you shouldn't be allowed to terrorize somebody because you don't think that their belief system is proper.

O'REILLY: No. And that was crazy. The British should have left him alone.

So, in the end, O’Reilly stated that Miano’s arrest was “crazy” and the British police “should have left him alone,” which completely undermines the RightScoop.com headline, “INSANE! Bill O’reilly [sic]: Telling a homosexual they are going to hell should be illegal.” (Note also that the comment under the video read, “I’m glad Bill O’Reilly wasn’t responsible for writing our Constitution. Dude is nuts!”)

In reality, O’Reilly major mistake was to equate preaching against homosexual practice with hate speech and to use that as his main example.

After all, is it hate speech to tell practicing adulterers they are going to hell? What about practicing drunkards? Doesn’t the Bible repeatedly make these kinds of statements?

And don’t Muslims believe that practicing Christians and Jews are going to hell? If they preach that publicly, does that constitute hate speech?

But in the context of O’Reilly’s interaction with Stossel, I believe this was primarily a matter of lack of carefulness in his words rather than a caving in to gay political correctness (although I’ve taken issue with him over this on some level in the past).

The real issue is whether one person has the “right” to get in someone’s face and invade their personal space and repeatedly speak words that can be perceived as personally insulting, perhaps like, “Hey fat boy, if you don’t change your diet, you’re going to an early grave. Did you hear me fat boy?”

Whether behavior like this is permitted (or, envisioned) under the First Amendment is a fair question to raise.