Genetics Is Undercutting the Case for Racial Quotas

Michael Barone
|
Posted: Apr 06, 2018 12:01 AM
Share   Tweet
The opinions expressed by columnists are their own and do not necessarily represent the views of Townhall.com. 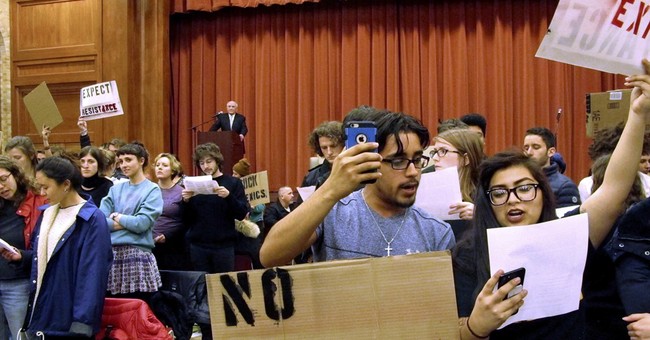 "I am worried," writes Harvard geneticist David Reich in The New York Times, "that well-meaning people who deny the possibility of substantial biological differences among human populations are digging themselves into an indefensible position, one that will not survive the onslaught of science."

Reich was responding to anticipated resistance to his forthcoming book, "Who We Are and How We Got Here: Ancient DNA and the New Science of the Human Past." The "well-meaning people" Reich references are those who argue that race is a "social construct," that there are no significant genetic differences among people of different racial ancestry. Maybe there are differences in appearance and other physical traits, these people say, but there definitely aren't any in intelligence.

Such people responded with rage and fury to the publication in 1994 of Richard Herrnstein and Charles Murray's book, "The Bell Curve." That book, solidly based on the then available psychological research, explored differences among races in intelligence as measured by rigorous IQ tests.

Herrnstein and Murray's conclusion was that those differences are the result of both nature and nurture -- genes and environment -- in as yet unknown proportions. They predicted that research like Reich's would provide a clearer understanding of just how much is genetic.

Reich obviously wishes to avoid the demonization endured by Murray, who was shouted down at Middlebury College just last year. Reich is at pains to say that his findings should not be used to justify racist practices, such as the slave trade, the eugenics movement and the Holocaust.

He also makes a point that is obvious to the ordinary person but that he -- and some of his critics who wrote to the Times -- thinks needs reiteration, which is, as one reader put it, "differences in individuals vary far more widely than populations." When we are comparing traits of people with different genetic ancestry, we are looking at averages, such as the differences between American whites' and Asians' IQ scores. (Asians', on average, are higher.) But within the white and Asian populations, there is wide variety -- which can be represented as a bell curve.

The assumption of "well-meaning people" is that ordinary Americans aren't capable of grasping this. My view is that they understand it very well. They have learned -- from school, from work, from everyday life, from public events -- that there is a wider variation within each measured group than there is among measured groups.

To take a concrete and accurate example, they suspect that even if blacks might on average score lower than whites on average in intelligence tests, it does not change the fact that former President Barack Obama is a highly intelligent person. Indeed, you can read reams of anti-Obama commentary and look in vain for claims that he was not smart enough to be president.

In arguing that racial differences do not justify racial discrimination, Reich steps out on some possibly dangerous turf. "Most everyone accepts that the biological differences between males and females are profound," he writes, though some Times readers would volubly disagree. Yet "we should accord each sex the same freedoms and opportunities regardless of those differences." A fortiori, we should do the same for those with different racial ancestry, whose average differences are far less profound.

It's a strong argument. Contrary to the fears of "well-meaning people," the difference in average racial IQ scores does not undermine the case against racial discrimination. Ordinary Americans can and do see that racial discrimination against individuals is irrational and that the advances in knowledge about genetics by Reich do not make it any less so.

But the continuing existence of racial gaps, even as the IQ scores of all groups rise (that's the Flynn effect, identified and named by Herrnstein and Murray), does undercut the case for racial quotas and preferences and the "disparate impact" legal doctrine established by the Supreme Court 47 years ago.

The justification for quotas is the assumption that in a fair society, we would find the same racial mix in every school, every occupation and every neighborhood. Any significant deviation from statistical equality, in this view, can be evidence of persistent racial discrimination.

This notion suffuses the behavior of leaders in colleges and universities, in large corporations, in government at all levels. Many such leaders regard enforcing quotas as a moral duty, even if they place people in positions for which they're unprepared. For these "well-meaning people," David Reich has a (probably unintentional) warning: Science is undermining the rationale for the work you're doing.