Michael Barone
|
Posted: Jan 26, 2018 12:01 AM
Share   Tweet
The opinions expressed by columnists are their own and do not necessarily represent the views of Townhall.com. 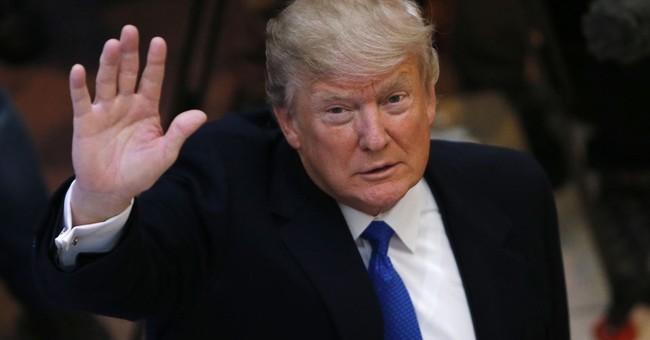 He who frames the issue tends to determine the outcome of the election. That's an old political consultant's rule, and its application has never been more apt than in the Senate Democrats' failed government shutdown over immigration policy.

Issue framing is especially important on immigration. It's an issue on which small percentages of voters on different sides have very strong views and on which the large majority of voters with less interest have conflicting views.

In debates over immigration legislation in 2006, 2007 and 2013, euphemisms held sway. Presidents George W. Bush and Barack Obama both sought "comprehensive" legislation, including mass amnesty. That was the policy of every president since mass immigration under the 1965 law began being noticed in the early 1980s.

Donald Trump, notoriously, campaigned for something different, starting just moments after he stepped off that escalator in Trump Tower in June 2015. His use of confrontation and sometimes vile language strikes many Americans, including me, as distasteful. But it has also helped him frame issues, including immigration, his way.

He was attacked as racist for saying that Mexico does not send its best. But Pew Research Center data confirm that immigrants from Mexico have on average lower education and skill levels than immigrants from any other country.

Trump's positions on immigration did evolve during the campaign. He joined the large majority of Americans who favor legislation granting clear legal status to the 700,000 or so "dreamers" -- those brought to this country illegally as children -- who registered under Obama's legally dubious Deferred Action for Childhood Arrivals program. That was a bow to the classic Judeo-Christian teaching that sins of the fathers should not be visited on the sons.

President Trump's September announcement that he would allow DACA to lapse in March but would sign legislation including a permanent arrangement for dreamers set a schedule for negotiation. But he insisted that any bill include other provisions, many unfamiliar to the public.

One would abolish the visa lottery -- which has few defenders, given the number of terrorists and parents of terrorists it has admitted. Another would require use of the E-Verify system to validate the status of job applicants.

A third would move legal immigration slots from extended-family reunification, which accounts for the lion's share today, to a skills-based system like Canada and Australia's. This was an unfamiliar term during previous immigration bill debates, largely unmentioned by advocates of comprehensive legislation, and their opponents' arguments got little airing in the press. But it's become more familiar during the Trump presidency, and a recent Harvard-Harris poll showed 79 percent of voters in favor of using "education and skills" to determine immigration rather than using the fact that one has relatives here.

Then there is the border wall, a staple of Trump's campaign rhetoric. Many polls show voters opposed to it or skeptical about whether it would work. But when you frame it, as Trump has, to include both "physical and electronic barriers across the U.S.-Mexico border," it's favored by 54 percent, according to Harvard-Harris.

Trump won the 69-hour showdown fight with Senate Minority Leader Chuck Schumer because he was willing to frame the issue as a choice between funding the government, including the military, and helping immigrants who are here illegally. Democratic senators might wince at that, but they didn't want to defend their party's position.

Trump continues to have leverage on immigration, and he will as long as he keeps emphasizing the specific provisions he is demanding, in non-euphemistic language if necessary. Of course, this could still get bollixed up. But the only way to get a permanent DACA-like solution is, if he insists on it, Trump's way.