Michael Barone
|
Posted: May 05, 2017 12:01 AM
Share   Tweet
The opinions expressed by columnists are their own and do not necessarily represent the views of Townhall.com. 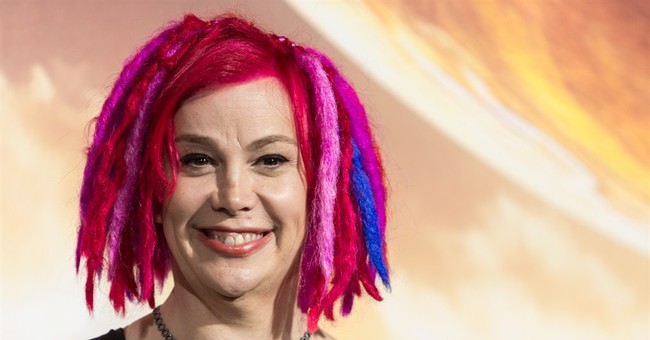 "Cultural appropriation" has become the latest evil denounced by soi-disant social justice warriors, on campus and off. Examples:

"I was taught that white people shouldn't listen to rap music because it's cultural appropriation and could be offensive to my classmates," writes Pomona College student Steven Glick in The Washington Post.

Yoga, as you may be relieved to learn from The Huffington Post, is not necessarily cultural appropriation. "But it's complicated," the writer adds. "It is really important to honor and appreciate where a practice comes from, or we risk appropriating it." Got that? Really important.

Sometimes individuals take it into their own hands to punish cultural appropriation -- for example, when a Hampshire College student interrupted a women's basketball game to insist that a Central Maine Community College player remove the braids from her hair.

A reasonably sane, decent adult might be puzzled by all this. But consult Google and you find 2.67 million hits for "cultural appropriation." That's not (to risk committing an offense) chopped liver. It's defined by Wikipedia as "the adoption or use of the elements of one culture by members of another culture."

Attentive readers will notice that "culture" is a euphemism. The objection is not to participating in a culture but to doing so when you're not of the right genetic ancestry. Usually, it's a group currently regarded as subject to discrimination or derogatory slurs. But there is a certain historical myopia at work here. Other groups have also suffered from discrimination and ridicule over long periods of American history -- and still are in some quarters. Shouldn't they be included?

Take one of which I am a member, Italian-Americans. The National Italian American Foundation estimates our numbers, based on census data and other information, to be about 16 million or 17 million, 5 percent of the nation's population. NIAF celebrates our achievements and welcomes others to join in. The first time that all four major-party nominees for president and vice president appeared on the same stage was at NIAF's 1984 annual dinner -- even though only one of them had Italian ancestry.

The logical corollary would be to stamp out this hijacking of cultural heritage. In school lunchrooms, pupils would be required to show proof of Italian ancestry before getting a pizza slice. Supermarket checkout counters would require similar proof from putative pasta purchasers. Similarly for paninis at Panera Bread, chicken Parmesan at Olive Garden, etc.

Fortunately, modern technology makes this possible. Schoolchildren and supermarket shoppers could display their Ancestry.com profiles on their smartphones as readily as they already brandish student IDs or credit cards. Others, however stereotypically Italianate in appearance, would have to be politely but firmly informed that their ancestry bars them from partaking of cuisine their ancestors had no part in concocting.

Admittedly, this would be tough on proprietors of Italian restaurants, whose potential customer pool would be reduced by 95 percent. It would be tough on parents trying to raise children without serving the pizza and pasta they see their Italian-American playmates enjoying.

I will leave readers to imagine all the possible extensions of this principle. Irish pubs, franchised worldwide by the Guinness folks, would find their clientele shrinking. St. Patrick's Day celebrations would be smaller -- and possibly quieter. Greektown festivals would disappear.

Today's stern enforcers of the ukase against cultural appropriation will not, I suppose, be amused by this modest proposal. (Oops, I forgot that "ukase" is a Russian word.) They miss the irony that many of the folks who assure us that race is just a social construct, with no genetic significance, also insist that your genetic ancestry should determine what you can eat and wear, how you can exercise and style your hair.

Actually, American history is the story of one cultural appropriation after another, from English law to Thai cuisine, to our great mutual benefit. You shouldn't have to submit a DNA sample to partake.