Michael Barone
|
Posted: Mar 18, 2016 12:01 AM
Share   Tweet
The opinions expressed by columnists are their own and do not necessarily represent the views of Townhall.com. 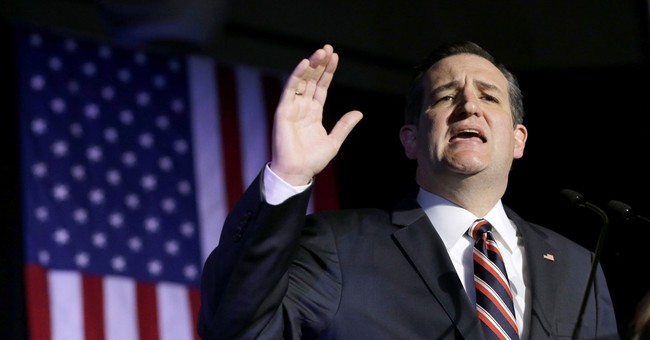 Trending
Can Donald Trump be stopped from winning the Republican nomination? The answer is yes. Despite his big win over Marco Rubio in Florida and his narrow wins over Ted Cruz in Illinois, Missouri and North Carolina, he has not won a majority of delegates yet awarded -- 661 at this writing, with several more to be added when Missouri and Illinois congressional district totals are tabulated.

Any candidate needs to get a 1,237-delegate majority to be nominated. To get there, Trump needs to get a majority of delegates in the contests ahead. The March 15 results show how that could happen. For Republican voters who fear Trump's nomination will damage the party, the nation or both, the question is what to do about it.

Such voters amount to a majority or near-majority of the Republican primary and caucus electorate, which, as Trump has correctly noted, is substantially larger than in past presidential election cycles. So far 18 million Americans have voted in Republican contests -- just short of the total for the whole cycles in 2008 and 2012.

Trump has won 37 percent of their votes. Contrary to his suggestions, he hasn't won huge majorities from first-time voters. But that's given him 47 percent of the delegates. To see why, look at the March 15 results. If Ted Cruz had won the votes cast for either John Kasich or Marco Rubio in Illinois, Missouri and North Carolina, he would have beaten Trump and deprived him of dozens of delegates.

Something like that happened in Ohio. Marco Rubio, facing sure defeat in Florida, advised his Ohio supporters to vote for John Kasich. The Rubio vote there evaporated from 13 percent in a February poll to 3 percent. Similar evaporation could have given Cruz victories in Missouri and North Carolina and in numerous congressional districts in Illinois.

"If the anti-Trump voters can find a better way to coordinate behind one candidate," writes Harry Enten at FiveThirtyEight, "they can probably beat Trump in a lot of upcoming contests." The obvious candidate is Ted Cruz. The only alternative is John Kasich, who has won only in his home state. He would probably have dropped out after New Hampshire but for Rubio's debate gaffe; Kasich's 16 percent there was actually 1 percent less than the 2012 percentage for Jon Huntsman, who dropped out days later.

On Tuesday night an ebullient Kasich said he was going to Philadelphia, though Pennsylvania's primary is April 26, six weeks hence. The obvious reason: The Philadelphia suburbs have lots of upscale voters, the only demographic among which Kasich has run well.

Why didn't Kasich talk about traveling elsewhere? Because the contests between now and April 26 are not in places favorable to him. He barely registered in a February poll in Wisconsin (voting April 5), where Republican suburbanites are much more conservative than those in most Northern metro areas.

His boosters look to New York, which votes April 19. But its registered Republicans are less likely to be Ivy Leaguers liberal on cultural issues (they're Democrats now) than Italian-American homeowners angry about high property taxes and corrupt local governments. Cruz might be competitive with Trump among such voters. Kasich would just split the vote and give Trump more delegates, as he did in Illinois.

The final big contest is California on June 7. What happens there if the anti-Trump vote is split can be seen by looking back to 2008, when California voted early. John McCain won statewide with 42 percent, with the more conservative Mitt Romney and Mike Huckabee getting 35 and 12 percent. But most California delegates are chosen winner-take-all by congressional district, and with split opposition McCain carried 48 of the 53 districts and thus won 155 of 170 delegates.

Many anti-Trump voters dislike Ted Cruz and regard him as self-serving (like they regard most senators). But if nominated his interests and the party's will align, at least temporarily. Republicans who want to stop Trump need to hold their noses, if necessary, and vote for Cruz.