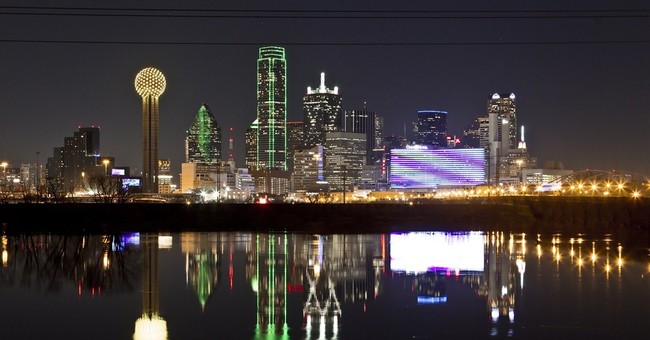 It's springtime, and the Census Bureau has released its population estimates for counties and metropolitan areas as of July 1, 2014. Initial analysis has focused on year-to-year movements or changes since the 2010 Census -- subjects worthy of attention.

But it's also interesting to take a longer look, to see where population has been booming over the 14 years since 2000, one-seventh of the 21st century. The headline here is that growth has been concentrated in relatively few large metropolitan areas.

Overall, there are 52 metro areas as currently defined by the government (except that I conflate Los Angeles-Riverside and San Francisco-San Jose, which seem to me to flow together) with populations over 1 million. Four have crossed that mark since 2000 -- Raleigh, Salt Lake City, Grand Rapids and Tucson.

Only a few have grown at rates similar to the population growth rate of the nation as a whole, 13 percent. The closest are Kansas City (13 percent) and Richmond (15 percent).

The majority of the nation's population growth, 51 percent, has occurred in the 27 major metro areas, which have grown faster than the national average. They contained 22 percent of total population in 2000 and 26 percent in 2014.

This hasn't just been a movement from the Snow Belt to the Sun Belt. Population growth in California's two megalopolises, Los Angeles and San Francisco, has been below the national average. Immigrants are still moving in, but high housing prices resulting from environmental restrictions have been prompting Americans to move out.

San Diego, with the best weather of any major metro area, has grown just a bit faster than average (16 percent). Minneapolis, America's coldest major metro area, has actually grown a little faster (18 percent). Boston grew just about as fast as Los Angeles, and Baltimore and Grand Rapids just a bit faster. Southern locations don't assure growth: It was sluggish in Birmingham and Memphis (9 and 11 percent).

Even in the Rust Belt, Indianapolis and Columbus, state capitals with large universities and research industries, have grown far faster than the national average (29 and 24 percent). Two metro areas with similar assets, Raleigh and Austin, were the fastest-growing in the country (56 and 55 percent), followed by Las Vegas (52 percent), whose explosive growth dropped way off with the housing bust.

Air conditioning and civil rights legislation made the South more attractive in the two post-World War II generations. But now air conditioning is taken for granted and better winter clothing (plus snow blowers and electric garage door openers) has made cold winters more bearable. Non-meteorological factors seem to be sparking -- or holding down -- growth.

Consider Texas, with the nation's biggest population boom. Its two largest metro areas, Dallas and Houston, produced 10 percent of total U.S. population growth in the 21st century. Add in San Antonio and Austin, and you have 13 percent of national growth -- 4.9 million of 37.4 million.

Florida, which in 2014 passed New York as the nation's third most populous state, has four major metro areas -- Miami, Tampa, Orlando, Jacksonville -- which account for another 6 percent of U.S. growth.

Texas and Florida have business-friendly public policies and no state income taxes -- undoubtedly contributors to growth. There's above average growth in other major metros in other no-income-tax states -- Nashville, Las Vegas, Seattle. There is vigorous growth also in Phoenix and Denver, Atlanta and Charlotte. But government also helped spur growth, in state capitals and in Washington (26 percent), the only fast-growing Northeastern metro.

Since the housing bust and financial crisis of 2006-09, both immigration and internal migration have slowed down. People hunker down in tough times. Outmigration from New York and Los Angeles has slowed. But a few metro areas have attracted domestic migrants more rapidly since 2010 than in the previous decade -- Dallas, Houston, San Antonio, Austin, Seattle, Denver, Oklahoma City. Oil and tech are part of that story, but only part; there's a dynamism there lacking elsewhere.

The fast-growing metros are the future of America; at current rates they'll outnumber the slow-growing metros by 2030. And that growth is increasingly driven not by immigrants, but by Americans voting with their feet.