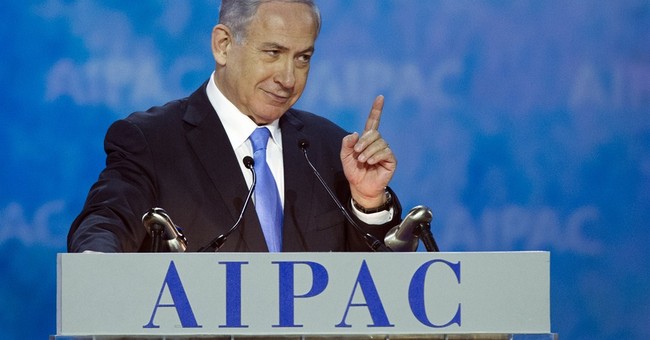 If anyone had any doubts that most members of Congress oppose the Obama administration's proposed nuclear deal with Iran, they can put them aside after viewing the response to Israeli Prime Minister Benjamin Netanyahu's speech before Congress Tuesday.

Fifty-some Democratic members chose not to attend. Joe Biden arranged to be out of town, and Barack Obama let it be known that he didn't even have time to watch on television. But the House chamber was packed, the galleries were filled and Netanyahu was interrupted multiple times not only with applause but boisterous cheers.

In negotiations with Iran, continued beyond two previously proclaimed deadlines, Obama has dropped demands that Iran disassemble centrifuges needed to produce nuclear weapons material. And he has proposed a 10-year time limit on the deal.

Those concessions, Netanyahu argued, make this a "very bad deal" that "would all but guarantee that Iran gets those weapons, lots of them."

It's hard to disagree. Obama's position is apparently that the Iranians won't agree to anything more stringent. The president seems to be suffering from the compulsion afflicting some parties to a lengthy negotiation: the urge to get to some kind of agreement, however disadvantageous.

The strongest argument for the administration is that any alternative would be worse. Democrats argued that Netanyahu's recommendation -- to maintain sanctions and increase demands -- would be rejected, leaving military action as the only alternative.

Obama, like George W. Bush, has said that all alternatives remain on the table. But he seems even more reluctant than Bush to launch an attack.

Unlike Bush, he seems to believe that reaching an accord with Iran could change the character of the Iranian regime. He is ever ready to apologize for America's past sins, like overthrowing an Iranian government 62 years ago, and evidently believes that the mullahs will be grateful to reach accommodation with what he describes as a different kind of American president.

Netanyahu disagrees. He notes that the mullah regime, in power for more than 35 years, has been a consistent and sometimes deadly enemy of the United States. He notes that Iran's Arab neighbors doubt it will change.

"At a time when many hope that Iran will join the community of nations, Iran is busy gobbling up nations," he said, leaving little doubt that Obama is among the "many." His hardheaded conclusion: "This regime will always be an enemy of America."

With all this, almost all of the Republican members in Congress tend to agree. So do many Democrats -- notably Bob Menendez of New Jersey, formerly chairman and now ranking minority member of the Senate Foreign Relations Committee.

Menendez and other Democrats got Republicans to postpone consideration of legislation extending sanctions on Iran unless it agrees to stringent concessions until the current March 24 deadline. Netanyahu's speech increases the chances they will agree to press such legislation after that.

Obama has strongly opposed such legislation, claiming it would torpedo negotiations -- even though he admits that sanctions drove Iran to the negotiating table. And the administration has made it plain that it has no intention of submitting whatever agreement it obtains for congressional approval.

This is not the first time that a president has pursued a policy opposed by congressional majorities. George W. Bush persevered in his 2007 surge in Iraq, which most members opposed. They refrained from voting it down only because it could be argued that would undermine soldiers in the field.

That's not the case here. And unlike Bush's surge, whose success strengthened America's position, a deal that left Iran with a quick breakout to nuclear weapons would weaken America's sway.

Congress may not find a way to prevent Obama from making the deal he apparently desperately wants. But the cheers for Netanyahu may push the administration to make tougher demands. Moreover, the next administration could undo any agreement, as Obama in declining to get a status of forces agreement with Iraq undid Bush's success in the surge.

Obama supporters argue that Netanyahu provided no trouble-free alternative. But the history Netanyahu recalled, in saluting Holocaust survivor Elie Wiesel in the gallery, tells us that sometimes accepting a bad deal can lead to more horrifying results than the downside risks of rejecting that deal.

Iran's leaders have threatened to rain nuclear weapons on geographically compact Israel. That's a threat that Israel's leaders cannot ignore -- and one that most members of Congress evidently take seriously as well.