Democrats' 'Blue Wall' Not Impregnable to Republicans -- If They're Smart 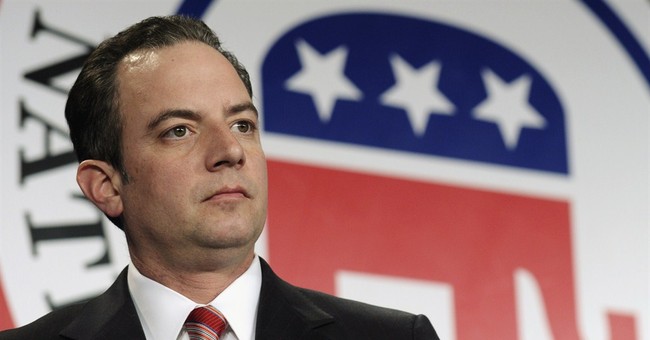 A Democratic nominee needs only 30 more electoral votes to win the presidency, they note accurately. A Republican nominee, they suggest, has little chance of breaking through the blue wall. He (or she) would have to win 270 of the 298 other electoral votes.

Democrats do have an advantage in the electoral vote, because heavily Democratic clusters clinch about 170 electoral votes for them, while Republicans have a lock on only about 105. But the blue wall theory, like all political rules of thumb, is true only till it's not. And this one could easily prove inoperative in a competitive 2016 race.

To see why, go back and put yourself in the shoes of a Democratic strategist following the 2004 presidential race. Assume that a stronger 2008 Democratic nominee will win all of John Kerry's 252 electoral votes (which happened). Then take a look at the states in which Kerry won 43 percent or more of the popular vote.

The four states in which Kerry won 48 percent or more -- Iowa, New Mexico, Ohio, Nevada -- were obvious targets, seriously contested in three or four of the previous four elections. Add Florida (47 percent for Kerry and obviously closely contested) and you have 318 electoral votes easily accessible in a good Democratic year.

What states should you target beyond that? It depends on who your nominee is. If it's Hillary Clinton, you might look at Missouri, Arkansas, Arizona, Tennessee and West Virginia. Bill Clinton won Arizona once and the other four twice, and Hillary Clinton won all but Missouri in the 2008 primaries. These states' 43 electoral votes raise the potential win to 361.

If your nominee is Barack Obama, your targets are different. You might look at Colorado, Virginia and North Carolina, plus Missouri. All but Colorado have large minority populations, and all but Missouri have large blocs of upscale whites -- groups among which Obama demonstrated strong appeal in 2008 primaries.

These states had 48 electoral votes in 2008. Obama won all but Missouri's 11 and made up for that by winning 11 in Indiana, a 39 percent Kerry state.

The lesson here is that in a favorable opinion climate, a party can successfully target previously unwinnable states containing voting blocs that can be moved or just mobilized. It helps greatly if, like Obama, they increase their turnout in primaries.

Likewise, a Republican strategist looking ahead to 2016 has 12 states where Mitt Romney won 43 to 49 percent of the vote in 2012. Add some significant share of their 146 electoral votes to the 206 Romney won, and you get well above the 270 majority.

At the top of the list are perennial targets Florida and Ohio. Just below, at 47 percent in favor of Romney, are Virginia and -- part of the supposedly immoveable blue wall -- Pennsylvania. Republicans nearly beat a popular Democratic senator in Virginia last year and have been making steady gains in blue-collar Western Pennsylvania. Those four states added to Romney's would give Republicans 286 electoral votes -- George W. Bush's winning total in 2004.

Critics might ask whether a 2016 Republican nominee can count on all the Romney states. Certainly not, if the party is as unpopular as it was in 2008. And North Carolina, a 48 percent Obama state, certainly looks like a realistic Democratic target in a close race.

But Obama got no more than 45 percent in other Romney states. Of the six where he got 44 or 45 percent, Democrats have had little success lately, even when running candidates better adapted to the local terrain than Hillary Clinton would be. None looks like a good Democratic target.

Republicans looking to 2016 can learn from Democrats' 2008 success. Target wisely, and think of states you haven't carried in years. And use the primaries to expand potentially favorable blocs.