Nobody Is Pushing Thomas Piketty's Policies to Combat Economic Inequality 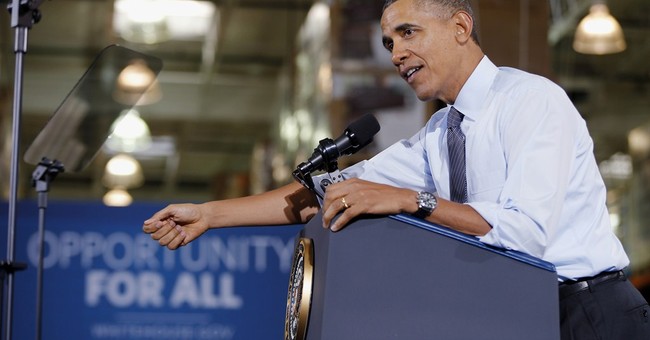 Last spring, you may remember, the French economist Thomas Piketty was all the rage in certain enlightened circles. His book "Capital" shot up to the No. 1 spot on bestseller lists, and many economists praised his statistics showing increased income and wealth inequality. Piketty argued that, absent a world war, returns to capital will exceed economic growth, inevitably producing growing inequality in the 21st century.

There are problems with Piketty's -- or anyone else's -- statistics. Reliance on U.S. income tax returns overlooks the fact that tax cuts encourage people to realize income and misses non-taxable income such as welfare and Social Security payments.

Still, there has clearly been a boom in the incomes and wealth of the top 1 percent here and worldwide. Piketty sees this as a threat to democracy. Liberal economists and pundits hoped that his revelations would finally get politicians to support policies like Piketty's 80 percent tax rate on high incomes and progressive tax on great wealth -- and get the masses to vote for them.

So far it hasn't happened here or just about anywhere.

You didn't see any campaign ads calling for Piketty taxes this fall. You didn't even see any ads hailing Democrats for having raised taxes on high earners in early 2013. Democratic candidates in seriously contested races didn't come close to advocating such policies.

You may have heard some Democrats bemoaning income inequality. The idea that the rich get richer while everyone else doesn't gets pretty wide agreement in the polls. So does the Democrats' one redistributionist policy -- raising the minimum wage.

As a policy to address inequality, though, it's rather pathetic. About half of minimum wage earners are not in the lowest fifth households in income. Even fewer are their own household's primary earner. Almost all economists agree that when the minimum wage is raised, some employees lose their jobs.

It is only slightly hyperbolic to say that an increased minimum wage is a transfer of income from fast-food customers to fast-food workers minus those who are replaced by kiosks. That's not a very effective way to sock it to the top 1 percent.

Even after the election, some Democrats argue that they didn't hit the issue hard enough. One Democrat's advice to President Obama, according to Politico, "is focus on income inequality, and talk about and propose things, and just be a fierce advocate of addressing the economic divide. That will leave people after two years saying the Democratic Party really stands for something."

"Propose things" -- but what? A recent Congressional Budget Office report shows that when you measure federal taxes paid minus federal transfers received (welfare, food stamps, Social Security, etc.), the top 20 percent of earners pay an average of $46,500. The next 20 percent pay an average of $700. The bottom three-fifths get back more than they pay. Plus, the U.S. already relies more heavily on the income tax for revenues than any other advanced economy nation.

In other words, America already has lots of economic redistribution. American voters evidently sense that more redistribution would sap economic growth. They're willing to throw a little to minimum wage earners, but they don't want to kill the geese laying the golden eggs.

Americans are not alone in feeling that way. You don't see much demand for Piketty policies in other countries either.

Even in Brazil, with near-zero growth and much greater inequality than the U.S., incumbent President Dilma Rousseff saw her percentage slip from 56 percent in 2010 to 52 percent this October.

In Britain, facing an election next May, there are calls within the Labour Party to oust leader Ed Miliband, who has called for freezing energy prices and a tax on "mansions," which would hit Londoners hard.

Piketty confesses he has seldom left Paris in his adult years. But even there his policies are in trouble. The job approval of Socialist President Francois Hollande, who imposed a top income tax rate of 75 percent, currently hovers just above 10 percent.

Politicians opposing massive economic redistribution have a hard time coming up with appealing rhetoric. But there seems to be something more powerful working in their favor -- a widespread if unspoken understanding that government attempts to "spread the wealth around" (as candidate Obama once told Joe the Plumber) tend to destroy it instead.

Piketty has sold a lot of books. But his policies don't seem to be selling well anywhere.