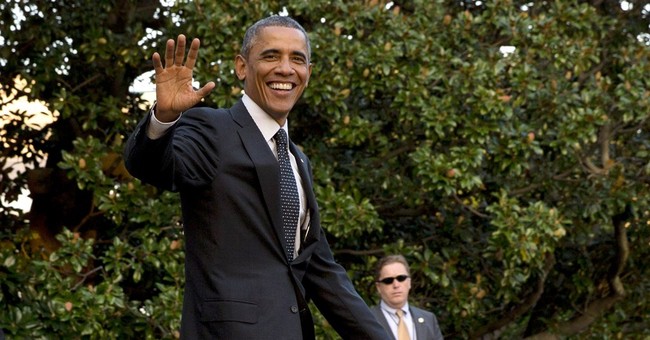 Sherlock Holmes famously solved a mystery by noticing the dog that didn't bark in the night. Dogs that are not barking at night -- nor in prime time -- provide some useful clues to understanding the significance of this year's election.

Contrary to the disparagement of some liberal pundits, this election is not about nothing. But is not about certain, specific things they might like to hear. President Obama recently said that Democrats in serious Senate and House contests this year back "every one" of his programs. But you hear very little about those programs in their ads.

The stimulus package, for example, is not mentioned much. Nor are proposals by serious Democrats like Clinton administration veteran William Galston for a national infrastructure bank. These dogs aren't barking.

The reasons are obvious. The stimulus didn't stimulate the economy the way the Reagan tax cuts did in the 1980s. As for infrastructure, as Obama sheepishly admitted, there is no such thing -- given environmental reviews and bureaucratic torpor -- as a shovel-ready project.

Nor have Democrats been talking much, except when questioned at debates, about the Patient Protection and Affordable Care Act, aka Obamacare. This is by far the most consequential legislative achievement of the Obama Democrats. But the consequences, most voters continue to believe, are mostly negative.

One hears even less, from either side, about Democrats' success at imposing higher tax rates on high earners. You might expect Republicans to avoid the subject, as they do. But so do Democrats. Soaking the rich evidently doesn't win votes.

All of this matters because the Obama Democrats expected their policies to be popular. They thought voters would appreciate being showered with what Mitt Romney infelicitously called "free stuff." The New Deal historians assured us that in times of economic distress voters would have a hearty appetite for big government.

Liberal bloggers have been claiming that opinion on Obamcare is turning around and that Republicans are shunning the issue. But there has been no turnaround since the law was passed in March 2010. Republicans in the most recent week have run 12,000 ads on Obamacare -- more than on any other issue, according to the 2017 Project's Jeffrey Anderson.

As Holmes might deduce, the solution to the clue of the non-barking Democratic dogs is that most voters lack faith in government to solve problems, to make their lives better or even to perform with minimal competence.

Evidence that the liberal media hasn't been able to suppress fortifies this belief. Look at the Veterans' Affairs hospitals, the Internal Revenue Service emails gone missing (try making that excuse with your own records) and the Center for Disease Control's assurances on Ebola.

The administration's refusal to quarantine people exposed to Ebola has been rebuked by the governors -- two of them Democrats -- of New York, New Jersey and Illinois. The administration's defenders have resorted to the last refuge of liberals backing a policy most people consider nonsensical: "It's a complex issue; you wouldn't understand."

Democrats aren't talking much about foreign policy, a positive issue for the president in his first term. And you aren't seeing any Democrats in serious Senate races inviting Obama in for campaign rallies.

What are Democrats talking about? They're harping on the "war on women," to the point that the Denver Post decried Senator Mark Udall's "obnoxious one-issue campaign" and endorsed Republican Cory Gardner.

They run ads charging Republicans will alter Medicare. A few call for expanding Social Security. Many urge a higher minimum wage -- an issue that gets maximum positive poll numbers but evokes minimal voter interest. No one talks much about Obama's promise to legalize several million illegal immigrants after the election.

Billionaire Tom Steyer, a fierce opponent of the Keystone XL Pipeline, is sending millions to Democrats, but they don't spend it on anti-pipeline or anti-fracking ads. Most Americans don't want to stifle one of the few private sector successes in the Obama years.

Watching candidates debate this year, I am reminded of Murray Kempton's observation of John Lindsay in the 1965 New York mayoral race: "He is fresh and everyone else is tired." In serious Senate races the Republicans tend to be younger, more upbeat and more confident in their views than their Democratic opponents.

The contrast is particularly sharp in Colorado and Iowa, where Republicans Gardner and Joni Ernst have poll leads in states carried twice by the president. Barack Obama, once hailed as the wave of the future, now looks like a reminder of a past that his party would like to forget.