Why Government Isn't Working and How to Make it Better 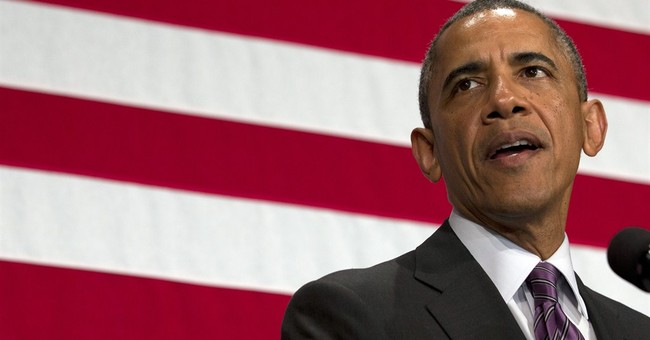 John Micklethwait and Adrian Wooldridge's "The Fourth Revolution" takes a historical and international (and British) perspective.

They argue that the welfare state, a creation of early 20th-century Brits, has become clunky in comparison to recent reforms in Scandinavia and the Asian model most highly developed in Lee Kuan Yew's Singapore.

Peter Schuck's "Why Government Fails So Often" looks at a multitude of federal programs and concludes that most, though not all, have "deep structures" which make "policy failure and mismanagement" inevitable.

Philip K. Howard's "The Rule of Nobody: Saving America from Dead Laws and Broken Government" takes a different approach.

Howard, a New York lawyer and founder of a group called Common Good, starts off with anecdotes showing how law prevents problems from being sensibly solved.

A bridge blocking New York's harbor from the newest supertankers can't be elevated without 47 permits from 19 government agencies, and environmental groups will bring lawsuits at multiple stages.

A lifeguard is fired for saving a man outside his zone of the beach. A community soup kitchen was shut down because it served potluck meals and had no kitchen to be inspected. Day care centers have to offer two sets of blocks with at least 10 blocks a set (who counts them each day?).

You get the idea. You've almost certainly encountered this sort of thing in your daily life. "Legal rigidity trumps everything," Howard writes. "Law has crowded out the ability to be practical or fair."

American laws and regulations tend to be over-detailed and to rob government officials of all initiative and, therefore, responsibility. Case in point: The 2,700-page Obamacare, with a 28-word definition of "high school" and a (so far) 7-foot high pile of regulations.

How did this democratic nation come to be saddled with, as Howard puts it, "a government run by clerks and jerks"?

Howard traces it back to Progressive and New Deal legislation, which gave regulators wide latitude to enforce vague laws. In response, Congress in 1946 passed the Administrative Procedures Act, which tended to produce bureaucratic bloat and paralyze government action.

The biggest changes came in the 1960s. Southern segregationist officials purported to follow the law, but in fact blocked equal rights for blacks. The response -- effective in breaking segregation, but a disaster otherwise -- was a distrust of all officials and detailed rules that robbed them of discretion.

At the same time, the just-born environmental movement used new statutes and court decisions to bring lawsuits to achieve the goal of BANANA (Build Absolutely Nothing Anywhere Near Anything).

These were liberal initiatives, but conservatives also got into the business of tying officials' hands. Corporations came to seek detailed regulations that would provide them "safe harbor" protection against prosecutions and lawsuits. K Street lobbyists with ties to both political parties developed a lucrative vested interest in complex laws and regulations.

Howard wants to undermine this "rule of nobody." Get rid of all the detailed instructions and trust the common sense of responsible individuals to make decisions promptly in line with social norms.

He notes that in 1988, Australia got rid of detailed nursing home regulations (so many square feet per resident) and substituted general standards, including "homelike environment," "privacy and dignity."

Academics who decried this reform were surprised to find that nursing homes improved under the new standards. Regulating by principles rather than rules replaced arguments and nitpicking with cooperative conversations and consensus.

Howard would like to reconstruct the federal government along similar lines. Laws with budgetary impact should sunset periodically, to prune the legal code of the underbrush planted by now-defunct legislators.

Presidents should be freed from the entanglement of detailed restrictions and 1970s legislation barring them from not spending funds and hamstringing advisory committees.

Judges should be empowered to dismiss invalid claims quickly. Someone should be given the authority to conclusively and speedily decide environmental issues. Congress should set up commissions to propose simplified legal codes on everything from education to entitlements to the environment.

Pretty radical stuff, and both liberals and conservatives will fear potential changes. The current president has low credibility and a demonstrated incapacity to compromise.

I'm not sure I'd trust Howard's inevitably elite-dominated commissions. But his central insight -- that ordinary Americans can be trusted to behave responsibly -- is a good starting place in reforming government.