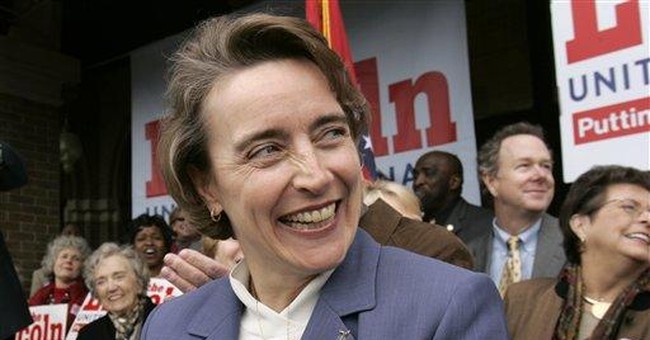 How bad a defeat did labor unions suffer when Sen. Blanche Lincoln defeated their candidate and won the Arkansas Democratic runoff last week? That's like asking how Custer fared at Little Big Horn.

Like Custer, the unions bet heavily, putting something like $10 million into Arkansas to support Lincoln's challenger, Lt. Gov. Bill Halter, since he started his campaign in early March. And they did so for good reason.

Union leaders desperately need Congress to pass their card check bill, which would effectively abolish the secret ballot in unionization elections. Card check would allow union thugs -- er, organizers -- to collect signatures on cards of a majority of employees and then, presto, the union would be recognized as a bargaining agent, and dues money would come pouring in.

It isn't now, at least at the rate union leaders would like. Last January, the Bureau of Labor Statistics reported that union membership in 2009 was at an all-time low since the 1930s. Only 12 percent of wage and salary workers were union members, and the number of union members dropped 771,000 between 2008 and 2009.

And, for the first time in history, more union members (7.9 million) work in the public sector than the private sector (7.4 million). Only 7.2 percent of private-sector workers are union members, a huge drop from the peak figure of 28 percent in the mid-1950s.

Union leaders spent some $400 million in the 2008 campaign cycle to elect Barack Obama and Democratic candidates for Senate and House. They got their wish: Obama won, House Democrats gained a solid majority and, once Al Franken was seated last July, there was a 60-vote Democratic supermajority in the Senate. There was speculation in sympathetic blogs about how many Senate Republicans would join the Democrats in passing card check and sending it to the president for his signature.

But politicians don't always stay bought. Every Democratic senator but one (who was out sick) voted for cloture to consider the card check bill in 2007, including Blanche Lincoln. But that was when it was sure to be vetoed by George W. Bush.

After the 2008 elections, Lincoln undoubtedly started to hear constituents in Arkansas -- including, undoubtedly, top management at Wal-Mart and Tysons Food, who don't want unions to do to their firms what the United Auto Workers did to General Motors and Chrysler. Polls showed large majorities of the national electorate opposed to eliminating the secret ballot. By January 2009, Lincoln was saying she didn't think "there is a need for this legislation right now."

She wasn't the only Senate Democrat to take that view. Her Arkansas colleague Mark Pryor, re-elected without opposition in 2008, said he wouldn't co-sponsor card check again. Card check slowly died.

Union leaders are under no illusion that there will be more Democrats in the next Congress than in this one. But they think far ahead, and they decided to oppose Lincoln to teach every Democrat a lesson: If you oppose big labor, we will end your career. Whether they persuaded Halter to run or just hitched a ride on his last-minute candidacy, they went all-in for him.

They weren't swayed by arguments that a primary fight would weaken the Democratic chances in the general election. Polls showed both Lincoln and Halter well behind Republican Rep. John Boozman anyway. The idea was not to win the seat for a Democrat, but to teach Democrats that they had to back card check or suffer political death.

Despite Halter's considerable political skills, the unions fell short. In the May 18 primary, Lincoln was forced into a runoff, as she led Halter by only 2 percent. In the runoff, she ran against "outside interests" in a state where only 4 percent of workers are union members. It was enough to give her a 52 percent to 48 percent victory.

Lincoln's victory removes the credibility of the unions' threat to end the careers of Democrats who don't do their bidding. The unions rode into Arkansas like Custer rode into Little Big Horn, and unlike Custer they managed to ride out -- but without the scalp they were desperately seeking.