Getting Cold Feet Over Democratic Proposals 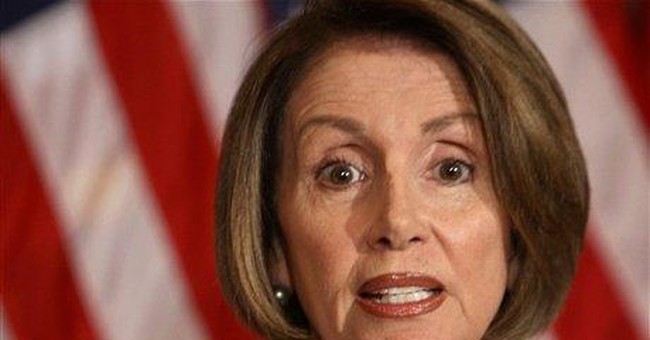 The financial system collapsed. Housing prices cratered. Unemployment is at a record high for the last quarter-century. The Democratic president has a solidly positive job rating.

Or so the polling evidence tells us. Last month's Washington Post-ABC poll reported that Americans favor smaller government with fewer services to larger government with more services by a 54 percent to 41 percent margin -- a slight uptick since 2004. The percentage of independents favoring small government rose to 61 percent from 52 percent in 2008. The June NBC-Wall Street Journal poll reported that, even amid recession, 58 percent worry more about keeping the budget deficit down versus 35 percent worried more about boosting the economy. A similar question in the June CBS-New York Times poll showed a 52 percent to 41 percent split.

Other polls show a resistance to specific Democratic proposals. Pollster Whit Ayres reports that 58 percent of voters agree that reforming health care, while important, should be done without raising taxes or increasing the deficit. Pollster Scott Rasmussen reports that 56 percent of Americans are unwilling to pay more in taxes or utility rates to generate cleaner energy and fight global warming.

It's interesting that on these issues and many others independents are responding more like Republicans than Democrats. That's the opposite of what we saw up through 2008, when independents were almost as critical of the Bush administration and Republican policies as Democrats.

This apparent recoil against big-government policies has not gone unnoticed by Americans. Gallup reported earlier this week that 39 percent of Americans say their views on political issues have grown more conservative, while only 18 say they have grown more liberal. Moderates agreed by a 33 percent to 18 percent margin.

Voters continue to think pretty highly of Barack Obama. But these numbers suggest that they are responding more negatively to Democratic proposals that have a chance at passage than they did to Democratic platform planks that were, until the 2008 election, only political rhetoric. The $787 billion stimulus package, the cap-and-trade bill's utility-rate increases, the public health insurance package -- all these seem to generate more apprehension than enthusiasm.

So does the prospect of doubling the national debt, as the Congressional Budget Office estimates, from about 40 percent of gross domestic product to about 80 percent. That's about where it ended up after World War II. Americans evidently regard our current economic situation, though negative, as not enough to justify the magnitude of deficit spending that was appropriate in an all-out world war.

I have been pleasantly (and others have been unpleasantly) surprised by our fellow citizens' unwillingness to embrace bigger government in a time of economic distress. American history -- the New Deal -- has disposed us to consider such a shift natural. But it was not universal even in the 1930s. In that decade, voters in Britain, Canada and Australia preferred parties opposed to bigger government, even as voters in the United States, France and New Zealand went the other way. And polling suggested that Americans by the late 1930s had become wary of the New Deal.

I think the shift in reliance from markets to government in the 1930s or the other way around in the 1970s was not fully completed until the next decades, when Americans saw the success of big government policies during World War II and the unexpected economic boom that resulted from low taxes in the 1980s. Those successes were also successes of American policy in the world -- the defeat of Nazism in 1945 and the fall of communism in 1989.

It's still possible for American attitudes to shift, if the Democrats' economic policies are passed and are seen to revive the economy. But it hasn't happened yet. Instead, Americans seem to be recoiling against big government when it threatens to become a reality rather than a campaign promise.