Is the Future Female – and Would That Solve Our Problems?

Michael Anthony
|
Posted: Jan 29, 2018 12:01 AM
Share   Tweet
The opinions expressed by columnists are their own and do not necessarily represent the views of Townhall.com. 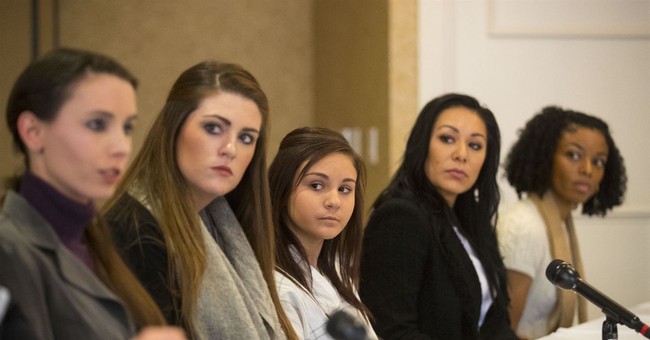 The more things change, the more they stay the same. Hundreds of thousands of polarized protesters chanted “The future is female,” during Saturday’s nationwide Women’s March. We should all agree that a great many men have acted indecently toward women in word and deed, treating them as objects when they should have been respected as equals (and, in many cases, greater). Yes, the Harvey Weinsteins of the world are legion (he was merely a well-known, well-honed abuser). But will swinging the pendulum the other way solve America’s problems? Will our national woes be overcome once we cross a threshold and women, rather than men, are at the helm? Gender-based leadership has become a scapegoat for the national dialogue we should really be having. Our problems are not because of men, nor will they be solved by women. America’s problems can be traced back to a fundamental problem with humility. We’ve all lost our way.

We Americans know how to swing a pendulum, and swing it hard. We’re purveyors of promoting reactive approaches to problems when calm, reason, and level-headed thinking are the greatest need. First, the solution was to elect the first African-American president. Many are now fantasizing over the prospects of an Oprah Winfrey presidency. Seriously?

For the reverse-intolerant who may be reading this and have already reached for the “hater” card, please stand down. Before you resort to a non-argument, take a deep breath and think deeply. Too many in our nation have let their emotions get the best of them and have unknowingly trained themselves to disengage while all along believing they are wise. It’s time we all calm down and dig a lot deeper for the solutions to what ails us.

Have we become so shallow a nation that we think skin color and gender are the traits most needed for a commander-in-chief? How can we simultaneously argue that racism and sexism are wrong – and in the very next breath suggest that the solutions are exactly the same? Yes, ladies and gentlemen, the great majority of us are not as wise as we think we are.

Concerned for your children? You should be. Moreover, you should be teaching them to use that super computer between their ears more than the one on their desktop or the smart phone in their pocket. Our nation is suffering from a lack of learning lessons from the past, and we all gravitate toward hypocrisy and double-standards every time we stray from thinking deeply.

Americans need the audacity to hope in real change that comes from deep thinking and mature, civil dialogue. You know, the things that guarantee the survival of a society. When a people become shallow thinkers and lose their ability to disagree agreeably, its days are numbered. Ancient Rome, a culture consumed with the pursuit of pleasure, is forever a staggering reminder of what happens when comfort and convenience become the all-consuming passions of life.

A lack of humility always leads to humiliation. Deep thinking, rational reasoning and the ability to listen are, in part, the things that lead to real humility – and, brothers and sisters, humility is precisely what our nation needs. Embarrassment is proportional to arrogance. This is true for both individuals and for nations. But there is no embarrassment greater than the person or society that plays the fool and cannot realize the world is laughing at it.

Neither the eradication of men nor an awakening of women will save us. America’s problems are human problems, and as long as we keep leading with our emotions, rather than our minds, we’ll keep swinging the pendulum to no avail. Our problems will persist.