The Failures of Government-Run Healthcare 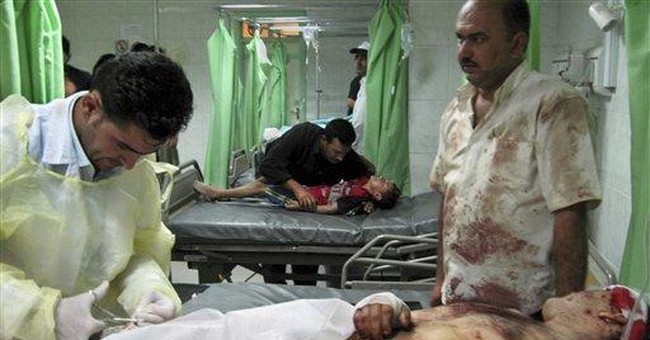 Democratic presidential candidate Barack Obama, in a rare moment of honesty on what he’d really like to do about health care reform, recently asserted that if we were starting from scratch he would probably choose a single-payer health care system.

That’s a system in which people pay higher taxes and the government pays most medical bills.

Obama’s not alone in that opinion. Filmmaker Michael Moore took his “Sicko” audience to England, among other places, where we learned that doctors in that single-payer system made good salaries, had nice homes and cars, and patients were very satisfied.

But anyone who reads the English press will find a different message, including waiting lines, angry patients, rationed and often subquality care. Consider these recent news stories about England’s National Health Service (NHS) quoted directly from the British press.

• Twice Katie asked for a [Pap] smear test, but was told she was “too young” to need one. Now 24, she is dying from cervical cancer, one of many young women who have fallen victim to a scandalous change in health policy. (London’s Daily Mail, June)

• A man with terminal cancer has been refused a drug by the NHS that could extend his life — despite offering to pay part of the cost himself. . . . David Swain's offer to meet the monthly £2,000 cost of Erbitux was refused, he said, because the National Institute for Health and Clinical Excellence [a government body] ruled it was too expensive. (Yorkshire Post, March, emphasis added)

• Health service dentists have been forced to go on holiday or spend time on the golf course this month despite millions of patients being denied dental care. . . . Many [dentists] have fulfilled their annual work quotas allotted by the National Health Service and have been turning patients away because they are not paid to do extra work. This is despite the fact that more than 7m[illion] people in Britain are unable to find an NHS dentist. (The Times of London, March)

Does that sound like your idea of a great health care system? The British press — as well as the Canadian press and other countries — regularly runs stories like these about patients who are denied treatment because they are too old, too young, too sick or too costly.

Indeed, The Times of London ran a story in 2006 asserting: “Patients are being denied appointments with consultants in a systematic attempt to ration care and save the NHS money, The Times has learnt. . . . Leaked documents passed to The Times show that while ministers promise patients choice, a series of barriers are being erected limiting GPs’ [general practitioners] rights to refer people to consultants.”

If you want to read these stories and others like them for yourself, just go to the “Health Care Horror Stories” at BigGovhealth.org, which regularly posts the negative press coming from those government-run health care countries (which has to be a full-time job!).

The fact is that every government-run health care system struggles to make ends meet. Money for health care in those systems has to compete with money for other government programs like education, defense and pension programs.

That’s why other countries spend less on health care. It’s not that their systems are better or more efficient; it’s because politicians control the funds and have to make trade-offs. That often means the more expensive treatments, the marginal members of society, and even preventive care and screening can get axed.

Yes, many people in those countries are satisfied with their care. And yes, everyone in those countries is “insured” — the apparent goal in the current health care reform debate. But having coverage doesn’t count for much if patients can’t get quality care in timely manner.

Health care reformers often claim or imply that the U.S. health care system is terrible, while countries like England provide quality care for everyone, and for less money. That’s simply not a balanced assessment.

U.S. health care is excellent, but it can be very expensive and, a not unrelated fact, too many people are uninsured.

But copying other government-controlled systems isn’t the solution. They have their problems; we have ours. Let’s fix ours problems without importing theirs.