The Right Side of the Internet 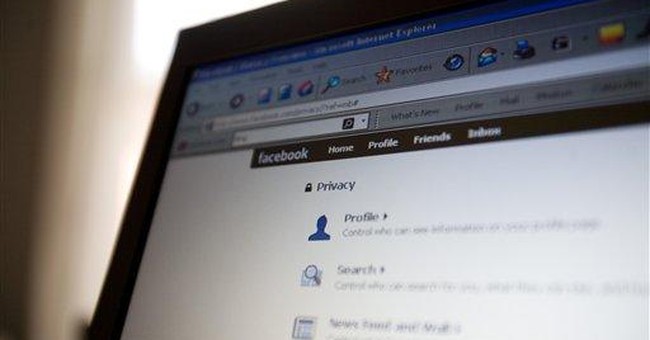 With the ascent of the Internet, modern political warfare is now increasingly waged online. The Obama presidential campaign raised millions of dollars through the Internet last year, and in doing so set a groundbreaking benchmark for utilizing social media to engage voters. Conservatives have openly acknowledged their fatal ineptitude at marshalling support via the Internet. But conservatives are quick studies and they’re learning from their counterparts how to bypass old media and communicate directly with their base.

French philosopher Voltaire once noted, “Nothing is so common as to imitate one’s enemies, and to use their weapons.” Conservatives have much to learn about the power of the Internet, but the recent Tea Party rallies and town hall protests indicate that the conservative base is using the Left’s online tactics to organize against and defeat their enemies. Conservatives are using blogs, Twitter, YouTube, Facebook, and all sorts of social media networking to counter the Left’s push for more government takeovers, especially in healthcare and private industry.

Americans for Prosperity, the grassroots organization educating and empowering citizens to stand against government bureaucracy, is committed to utilizing the Internet’s incredible communication potential. That’s why last year AFP hosted its first Right Online conference in Austin, Texas, to train conservatives for Internet combat. This year, over 700 conservative political activists joined together in Pittsburgh for the second annual Right Online event.

Ironically, just across the river from Right Online, Leftists were attending their fourth annual Netroots National Convention. Founded by the Daily Kos, the influential liberal blog, Netroots has developed into a major political event for Leftist bloggers. In just two years, Right Online has become the premier gathering for conservative Internet activists.

Right Online caters to all levels of technology savvy, with sessions on Internet fundraising to lessons such as Facebook and Twitter 101. While there were plenty of young people already well-versed in their generation’s technology, there were also lots of older activists who recognize their need to participate online. After attending the Twitter 101 session, one older attendee triumphantly declared, “I did my first Twitter last night!”

The majority of those in attendance were individuals who have passionately followed politics for years, but there were some participants who didn’t quite fit the profile of a typical political conference attendee. For the last six months the country has witnessed the awakening of the “sleeping giant”—that group of citizens who are content to go about their lives and only bother with politics a few weeks before the election. But realizing that the country and way of life they love is now threatened by the overreaching of the Obama administration and Democrat-controlled Congress, the “silent majority” is taking action.

One of the best examples of this phenomenon is Donna Scala. A resident of Pittsburgh, Scala came to the conference to learn more about how she can take Glenn Beck’s advice and “do one thing” to make a difference in saving America’s freedom. Over lunch on Saturday, Scala shared that she is life-long registered Democrat and Hillary Clinton supporter who started to question the nation’s direction just recently.

Tired of “yelling at the TV,” the Subway sandwich shop employee and wife of a steel union member decided to start writing letters to the editor. A self-confessed “computer neophyte,” she joined Facebook to keep up with her grandchildren. Once she began receiving friends’ emails about Americans for Prosperity, she attended Tea Party rallies.

She soon realized she shared more common values with the conservatives at these events than with the members of her own political party. Incensed by the manner in which town hall attendees are treated by their elected officials, and appalled at how leaders don’t even read their own legislation, she determined to use her computer to make a difference. Right Online provided her the opportunity to learn how to reach out to her fellow service employees via the internet, and explain how the current administration’s policies will drastically alter their lives.

Sitting in a hotel ballroom, a box lunch in front of her, surrounded by hundreds of conservative activists, tears welled up in her eyes as she explained, “Even someone like me can have a voice. I'll take the ridicule—it’s that important.”

This is not Astroturf; it’s the real, grassroots activism rising across the nation.

At its most fundamental element, politics is all about winning votes. But in order to win votes—at least, outside the Beltway—hearts and minds must be persuaded. Voters like Donna Scala need to be reached—before they lose all hope of saving America. Right Online’s efforts prove that conservatives have a chance to counter the lies, disinformation and vitriol permeating the Internet.

Voltaire also observed that “To hold a pen is to be at war.” Today, the keyboard is the pen’s equivalent. Conservatives must take hold of the 21st century’s mightiest weapon, their family computer, and begin inundating the world’s information source with messages of personal responsibility, authentic hope, and freedom.