The State of the Union and Climate Change: Fact Check

Megan Toombs
|
Posted: Jan 15, 2016 12:01 AM
Share   Tweet
The opinions expressed by columnists are their own and do not necessarily represent the views of Townhall.com. 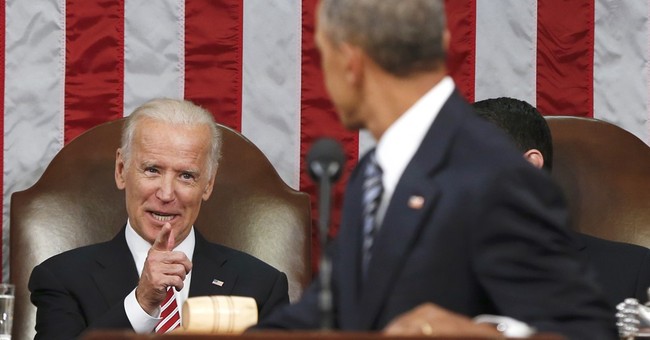 President Barack Obama’s State of the Union address gave him the opportunity to highlight his achievements and push forward with his last goals. Depending on what side of the aisle you’re on, you could find much to laud or disparage. I’ll focus on the President’s comments about climate change and energy.

“Look, if anybody still wants to dispute the science around climate change, have at it. You’ll be pretty lonely, because you’ll be debating our military, most of America’s business leaders, the majority of the American people, almost the entire scientific community, and 200 nations around the world who agree it’s a problem and intend to solve it.”

In reality, a consensus of perhaps about 52% to 70% of climate scientists agree that earth’s atmosphere has warmed since 1880 and that human action may have caused most of it. But they don’t agree that the warming is dangerous, let alone cataclysmic, let alone that we should spend $Trillions mitigating it. Many scientists disagree on specifics.

Obama made these three specific claims: (1) America is leading the fight against climate change with the most ambitious global climate agreement ever. (2) We took America’s biggest step ever to combat climate change, which will cut carbon pollution from power plants by 32% by 2030. (3) Americans will save nearly $8,000 at the pump in 2025 thanks to doubling the fuel efficiency of our cars and light trucks.

But he doesn’t seem to realize the real impact of his climate policies is a harder life for those in poverty.

A binding global climate agreement would perpetuate poverty in developing nations and create it in developed nations. And, it will have no impact on the planet.

Fuel efficiency is a positive thing as long as the cost of that efficiency does not make the cost of a vehicle too high for those struggling out of poverty, or its size so small that it becomes a death trap in accidents. Economic prosperity cannot come without transportation to a job. Besides, Americans’ auto choices show clearly: though manufacturers include high-mileage, small cars in their fleets to meet regulations, consumers buy larger, heavier, safer, more comfortable vehicles, so the savings Obama envisions are largely hypothetical and unlikely to be realized.

Let’s get back to the speech.

“But even if the planet wasn’t at stake; even if 2014 wasn’t the warmest year on record — until 2015 turned out even hotter — why would we want to pass up the chance for American businesses to produce and sell the energy of the future?”

Yes, American innovation is incredible, and should that innovation, spurred by the private sector (not government subsidies) ever find a way to make wind and solar high-yield, affordable energy sources, more power to them (pun intended).

But, for now, the American innovation that has produced the “energy of the future” is the combination of hydraulic-fracturing with horizontal drilling. These methods of shale oil and natural gas extraction, with their rapidly dropping costs, have increased domestic energy production, lowered the entry barrier for new businesses, increased job growth, and lowered American independence on foreign oil. That’s worth celebrating!

But wind and solar energy is enormously expensive! Electricity prices rise in areas that use them, and, even with those price increases, wind and solar grow only through government subsidies. Even some people who think carbon dioxide emissions should be reduced have strongly advocated against “renewable mandates” because of the rapid increase in the cost of electricity.

Solar and wind energy production have absolutely nothing to do with reducing imports of foreign oil. And gas prices are down due to rising domestic production (from private and state, not federal, lands) at falling costs, including the slowing of the Chinese economy, so no thanks to Obama.

“Now we’ve got to accelerate the transition away from dirty energy. Rather than subsidize the past, we should invest in the future — especially in communities that rely on fossil fuels. That’s why I’m going to push to change the way we manage our oil and coal resources, so that they better reflect the costs they impose on taxpayers and our planet. That way, we put money back into those communities and put tens of thousands of Americans to work building a 21st century transportation system.”

The President’s climate and energy policies are political, not scientific. Yes the climate changes, it has for a very long time, but claiming that the gas of life is a pollution is not going to keep it from changing, it’s just going to make the necessities of life harder to get, and that means harder to get for the poor most of all.