Castrate All Boys at Age Ten to Save the Planet? 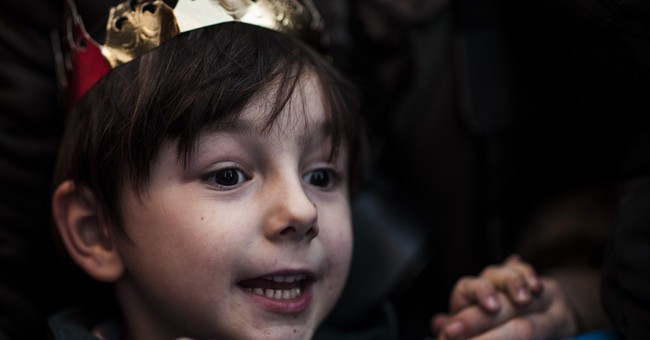 A friend posted on Facebook responses she had received when she announced she was pregnant with her second child.

“Was this pregnancy an accident?”

Reading many of them made me sad. Some chided her for having her children so close together, others for having them when she’s so young. (But she’s in her mid-twenties and happily married).

Reading Katie Herzog’s “Why I’ll never have kids, and why you shouldn’t either” later that day made me even sadder. She thinks neither she nor anyone else should bring children into this world.

Her basic argument, hard to find amid the irreverent humor, is that Earth’s climate is in danger, it’s our fault, and something must be done—something drastic.

Ritualistically castrate all males at age ten, and destroy dams and other infrastructure, “preparing the earth for the end of people.”

It must be horrible to live in such fear and self-loathing.

Herzog admits she doesn’t want children. She’s decided never to have them. She’s Lesbian and doesn’t want the nine months of sobriety or the years of responsibility to follow.

But her fears are unfounded.

The global climate is not in danger. Contrary to widespread reports, including by President Obama in his State of the Union Address, 2014 was not the warmest year on record. The satellite data (the most accurate) prove that. Even the temperature data on which the claim rests show that the difference between 2014 and the next several years is within the margin of error, meaning that any or all of those other years might actually have been warmer.

Most important, the observed increase in global average temperature over the last 30+ years is less than half that simulated by the computer climate models, and, again contrary to model simulations, there’s been no warming for the last 18 years and 3 months. Those two facts falsify the models, making them useless for predicting, and fearing, future climate.

Further, historical temperature data show the earth was warmer than now both 1,000 and 2,000 years ago. Weather changes. It always has changed, and it always will.

Even if 2014 had been the hottest year on record, would the earth be in danger?

No. Contrary to the media and the President, there is no consensus that humans are at fault for dangerous global warming. Most scientists agree that we may cause a small amount of warming, but many think it’s not enough to be dangerous and may even be beneficial.

Indeed, many scientists point to current global greening due to CO2 fertilization and say increased CO2 levels are great for the planet.

What is certainly true is that alarmists claimed the end would come if we reached 400ppm of CO2 in the atmosphere. Well, we’re hovering right at it now, and the apocalypse is nowhere to be found—not even hiding in the oceans.

Being a parent is hard work, but the benefits far outweigh the “nine months of sobriety,” the lack of sleep, and even all the years of work that follow.

Psalm 127:3–5 says, “Behold, children are a heritage from the Lord, the fruit of the womb a reward. Like arrows in the hand of a warrior are the children of one’s youth. Blessed is the man who fills his quiver with them! He shall not be put to shame when he speaks with his enemies in the gate.”

Climate apocalypse is not a reason to forgo children, the planet isn’t overpopulated, and there are many reasons to continue procreating. Children bless us with love, compassion, and understanding, and the benefits to society of healthy families are enormous.

But beside the personal benefits of children, there are economic benefits. Countries with higher population densities have a healthier environment, a more robust economy, and overall higher wealth, because people make wealth, and they make more of it when there are enough of them near each other to specialize, increasing the division and productivity of labor and, by mutual interaction, speeding the development of new technologies that also raise productivity.

Am I saying every woman should have lots of babies? No. Couples should be free to choose how many children they want to have—though not free to kill a child conceived unintentionally.

But I am saying unfounded fears of planetary catastrophe caused by human beings are no good reason to choose barrenness or to criticize those who conceive and love children.