M.D. Kittle
|
Posted: Feb 05, 2020 12:25 PM
Share   Tweet
The opinions expressed by columnists are their own and do not necessarily represent the views of Townhall.com. 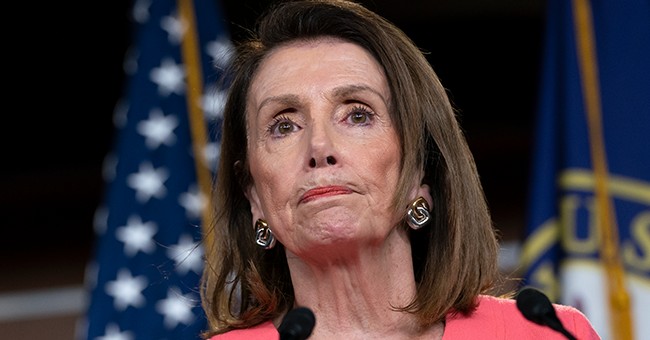 MADISON — To put it in the parlance of a popular children’s book, it’s been a terrible, horrible, no good, very bad week for the Democratic Party.

As their phony impeachment trial against President Trump imploded, the party’s Iowa caucus went up in flames, and then news broke of a “toxic” environment within the host committee for the Democratic National Convention in Milwaukee.

On top of it all, congressional Democrats had to listen to the man they have so desperately wanted to kick out of office deliver a glowing State of the Union Address.

Described as an “unmitigated disaster,” results of Monday’s Democrat caucus — the first delegate test of the presidential candidates vying to unseat Trump — had to be delayed by nearly a day. It was all thanks to a “coding issue” related to a “slick new” smartphone app that was anything but slick. Interestingly, the app, aptly dubbed Shadow, was coded by a tech firm run by veterans of Hillary Clinton’s 2016 presidential campaign, one of them a former Google engineer, according to the Los Angeles Times.

“It was designed to meet new requirements instituted after that year’s contentious Iowa caucuses, in which Clinton narrowly edged out Bernie Sanders,” the newspaper reported Tuesday.

Sanders’ backers smelled another rat, and the Twitter universe was not kind to the Democratic Party.

“So, let me get this straight: in 2016, @DNC was hacked by the Russians. Now, we have no results in Iowa because of an app created TWO MONTHS AGO & never tested or vetted, and you want to run the country? See where I’m going here?” one Twitter user wrote, under the popular IowaCaucusDisaster hashtag. Many were of the same mindset.

The political infighting turned Twitter into a “Lord of the Flies” for liberals. When South Bend, Ind. Mayor Pete Buttigieg declared victory long before any results were reported, it was on. Someone called the presidential candidate’s presumptuousness “steeped in white man privilege and ego.”

Earlier in the day, the Milwaukee Journal Sentinel reported two leaders of Milwaukee’s host committee for July’s Democratic National Convention were suspended after top female staffers complained of being “bullied and intimidated.” A group of senior women from the Milwaukee 2020 Host Committee raised serious concerns about Adam Alonzo, chief of staff, and Liz Gilbert, president of the organization, according to the newspaper.

Alonzo and Gilbert, big shots in New Jersey’s Democratic Party, are accused of creating a “toxic and unstable working environment” in Milwaukee.

So, the same people who love to cry “bully,” are bullying their own.

Arguably the biggest loser in the Democrats’ terrible, horrible, no good, very bad week is the state of Iowa. The Hawkeye State would have been instantly forgotten by the glad-handing candidates as soon as the results came in. Now it will be remembered as the state with the quirky electoral system that used to host the first-in-the nation caucus.