M.D. Kittle
|
Posted: Jan 25, 2020 12:01 AM
Share   Tweet
The opinions expressed by columnists are their own and do not necessarily represent the views of Townhall.com. 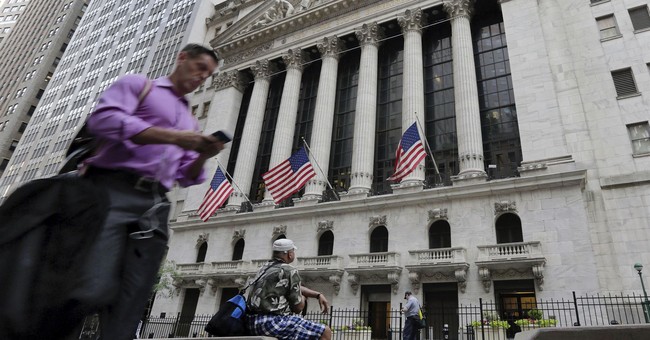 MADISON — Lt. Gov. Mandela Barnes believes we must “stymie capitalism” if we want to save the world from the threats of climate change.

That’s what the Democrat told a gathering of fellow doom-and-gloomers last month during a panel discussion at the United Nations Climate Change Conference in Madrid.

Barnes was joined on stage by a bevy of North American bureaucrats, including Canada’s “Climate Ambassador” and Mexico’s “Climate Change Director.”

The “side event,” as it was described on the conference agenda, was on “subnational strategies in North America for meeting Paris Commitments.”  It was oozing with liberal politics. The session’s smug host, blasting President Trump for pulling the United States out of the Paris Agreement, wondered aloud how the administration could fail to recognize the climate crisis facing the world. “How stupid can humanity be?”

“Why do we fail to act in the face of such obvious danger when the stakes are so high?” he asked.

It’s not a question of stupidity, Barnes answered. It’s a matter of greed. American capitalistic greed.

What’s the solution? First, get money out of politics, said the liberal who became the youngest lieutenant governor in Wisconsin history thanks to money in politics.

“The second answer is stymie capitalism, the way it is in America,” Barnes told the audience.

To do that, communities have to organize, he declared. But only left-wing communities that buy into radical, redistributionist ideas, like climate change hysteria. Barnes boasted about his time as a community organizer, and blamed “larger corporations” for many of the world’s ills.

“Until money is less of an issue, we’re going to continue on this path of destruction,” he warned.

But money really is the issue. The U.N. Climate Change Conference called for more drastic measures in the left’s war on fossil fuels. Democrats in congress and on the campaign trail are calling for trillions for a Green New Deal, on top of the trillions taxpayers and businesses have already spent on the climate change cash cow. Barnes heads up Gov. Tony Evers’s task force on climate change with a very expensive  — and unrealistic — goal of making the Badger State carbon-free by 2050.

Craig Rucker, co-founder of the Washington,D.C.-based Committee For A Constructive Tomorrow (CFACT) was at the Madrid conference and reported on the panel discussion.

“We’ve truly entered a new era in American governance when a top state elected official finds it worthwhile to travel to an international diplomatic event to proclaim what this world needs is to ‘stymie capitalism,’” wrote Rucker, whose organization has spent the better part of the past 35 years trying to bring some balance and common sense to an issue long ago hijacked by radical environmentalists.

He confronted Barnes after the session. He found the lieutenant governor pleasant but his rhetoric shocking.

“Just making that comment is absolutely preposterous,” Rucker told Empower Wisconsin. “He’s enjoying the free market, and all of the attendees were enjoying their Christmas shopping in Madrid, which is a lovely town to shop in. And they’re all flying on jet planes, thanks to capitalism.”

Watch the video of the panel discussion here.