Biden: Leave SOME Americans Behind

Matt Vespa
|
Posted: Aug 31, 2021 12:01 AM
Share   Tweet
The opinions expressed by columnists are their own and do not necessarily represent the views of Townhall.com. 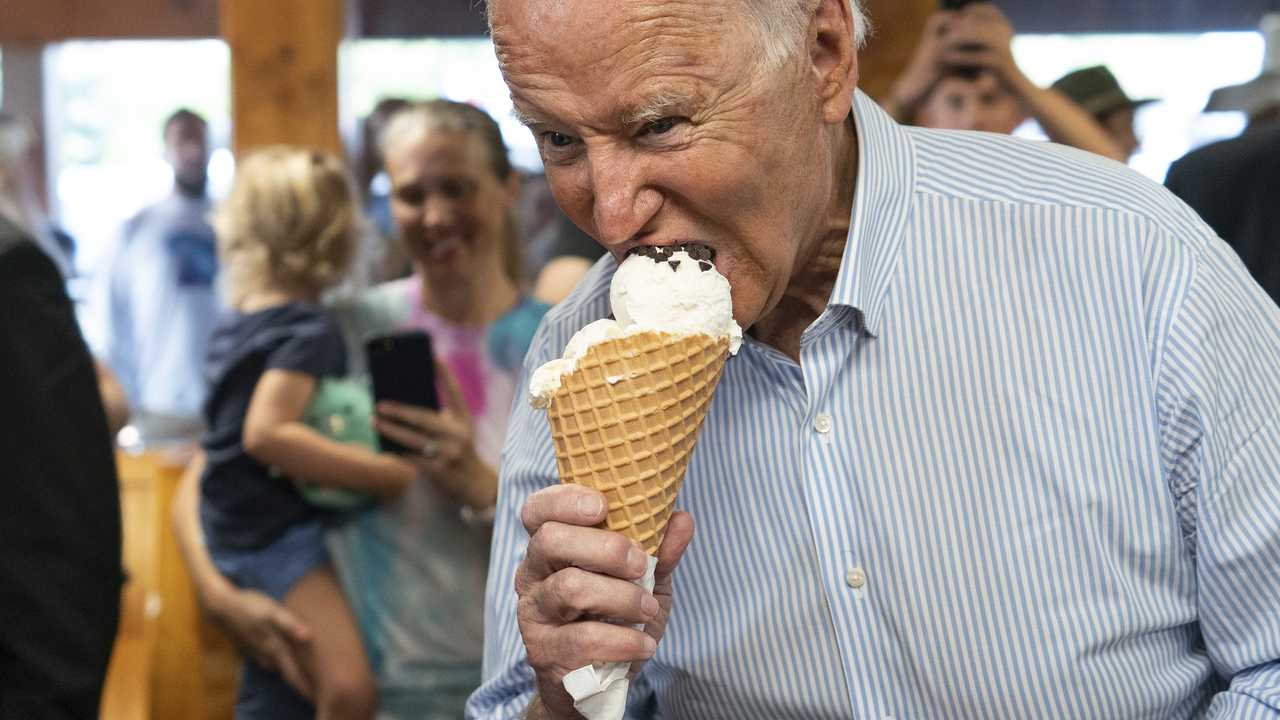 It's done. We're out. The last US airplanes have left Afghanistan. Our troops are out. The longest American war is over. We've replaced the Taliban with…the Taliban. After trillions of dollars and over 2,000 lives lost, we're right back to where we started, an embarrassing chapter in the annals of American foreign policy. If anything, the lesson we should take from these wars in Iraq and Afghanistan is that there are hard limits on American power. And if we're beaten (we are beaten), can we withdraw without leaving Americans behind? Apparently, we cannot. That's the last American policy in Afghanistan, a Biden initiative – leaving SOME Americans behind.

They're trapped. We couldn't get them out. We've known this for days. Even Rep. Adam Schiff (D-CA), a Russian collusion hoax peddler, admitted that there simply was not enough time to get every American out. Quite a pickle – and one that Biden failed miserably on despite promising that an American presence will remain until all of our people are out. That was a lie.

It was also a lie that there was easy access to the airport in Kabul. Everything was going well regarding the evacuations, Biden said. It was a narrative that was beaten and mutilated, not by conservatives, but by every media outlet, liberal ones especially, who were on the ground in Afghanistan. ABC News, CNN, MSNBC, and NBC News all ripped the Biden White House's smooth operator talking points to shreds, adding that nothing this administration has said over the past week comported with reality.

Biden lied, and people got left behind. pic.twitter.com/XgwoWUt4BZ

The Taliban set up checkpoints. They beat Americans trying to flee. They took US passports. It was not easy. On top of that, there were the hordes of people trying to gain access to the airport to flee a horrible fate at the hands of the Taliban. It was a mess. The administration also entrusted the Taliban to be the TSA of Hamid Karzai International Airport. We allegedly gave them lists of Americans and key Afghan allies who were still outstanding, pretty much giving these terrorists a kill list. And now, hundreds of American citizens have been left behind. The Taliban know who they are, and we have the makings of a hostage crisis that would make Tehran look like child's play, a hostage crisis that undid the Carter presidency. Carter wasn't exhibiting signs of cognitive decline in 1979, and he still couldn't handle it. How will we fare with a president whose mind has been eaten by brain worms?

I was all for leaving, folks. Don't get me wrong, but let's do it right. If we must deploy more troops to ensure those who need to get out can leave, isn't that what we need to do? We had the ability to deploy thousands of troops to keep Kabul secure. Hell, we deployed 6,000 troops within days to secure the airport. The Taliban offered control of the city to US forces. We turned them down. There would have been more of a streamlined process to get our people to safety, but Biden's folks just wanted the airport. We also didn’t have to abandon Bagram Air Base a month prior.

The missteps are numerous. And now we have our people stranded in a terrorist hellhole. Leave it to Democrats to leave our people behind.

Gen McKenzie: “We did not get everybody out that we wanted to get out.”

CENTCOM Commander says there are "hundreds" of American citizens still in Afghanistan after the last C-17 departed Kabul.

Of course he left them behind. His entire career has been guided by one, solitary principle: His own narcissistic ambition.

This is who he has always been.

And why was this exit such a shambolic catastrophe? Well, it's because the Biden administration caved to the Taliban. They didn't want to upset them. And the possibility of a firefight in and around the airport was possible. Americans were at risk. Civilians were at risk. I get that, but again, the Taliban offered control of the city and we could have deployed the forces necessary for a more orderly exit. We nixed that. Instead, the crowds of people gathered outside the fences increased the risk of a terror attack, which did tragically occur. Thirteen US service members, most of them Marines, were killed by a suicide bomber. At least 60 Afghan civilians were killed in the attack as well, with another 140 wounded.

It's not like we didn't see this coming. Throughout the summer, there were intelligence reports and State Department memos showing the rapidly deteriorating situation in Afghanistan. Our CIA missed the Taliban paying off commanders of the Afghan national army, as well. But the various reports that things were about to go up in smoke were everywhere. The Biden team decided to go on vacation the week of Afghanistan's collapse and seemed perfectly fine remaining in R&R mode. It was only after the intense backlash that everyone came back from Camp David and the Hamptons. Well, Biden went back to Camp David. Even now, as we've departed and Americans are stranded, Biden didn't address the nation.

Can he do the job?

Biden has been caught looking at his watch at Dover. He opened one of his remarks on Afghanistan about his domestic agenda, the $3.5 trillion human infrastructure bill specifically, and spent an entire speech on COVID, masks, and vaccines as Afghanistan burned. He doesn't care. And the fact that he and his people have intentionally not answered questions about how many Americans remain says it all. The Biden orbit is all about how many folks we got out. No one cares. How many Americans are left behind, Joe? You and your people made the calculation that no one would care about Afghanistan. That died quickly, especially after American troops were killed in the bombing. You have to deal with this. And I'm not sure you've realized this, but this fiasco has undercut everything you campaigned on in 2020. Competency was not present. The adults are not back. Diplomacy is not back; our allies are infuriated. And your detachment from the realities on the ground was grossly apparent. A lot of things fell through the cracks – and the last item was hundreds of stranded Americans. Now, we're going to trust the Taliban to maintain an effort to allow those who still want to leave open?

Would you bet your life on that?

State Dept is messaging that it will still help Afghans flee Kabul after U.S. troops withdraw. They must know this is an empty promise, because without U.S. troops in country, those people are doomed. https://t.co/hNnGO4llOF