Matt Vespa
|
Posted: Aug 08, 2021 12:01 AM
Share   Tweet
The opinions expressed by columnists are their own and do not necessarily represent the views of Townhall.com. 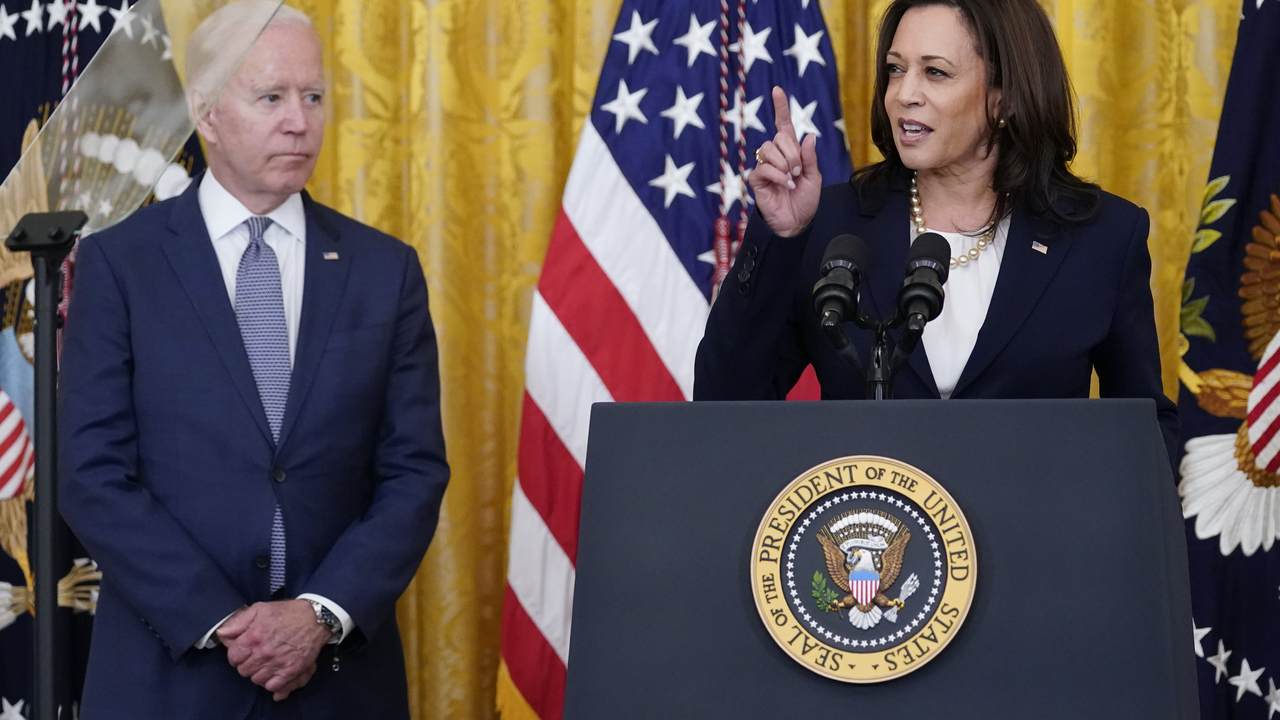 The liberal media is a powerful institution. They offer cover to their friends until they don't. New York Gov. Andrew Cuomo is finding that out now as his stock has been depreciating ever since it was revealed that he killed scores of the elderly with his nursing home order. The sexual misconduct findings by the New York attorney general's office were the last straw. Every prominent Democrat has called on him to resign. This comes after months of protection from these media types; his brother Chris is a CNN host. Yet, there are limits. You can't polish a turd. You can't make a candidate better with puff pieces. So, with Kamala Harris sucking again, will these quasi-Democratic operatives try again to rebuild her? Or was the vice presidency the best they could do? It also doesn't help that Joe Biden is planting the seeds of her destruction.

Now, on that front, it could be unintentional since the man probably needs a steward to remind him to wear pants every day. Did you notice how all the hard tasks – immigration and COVID vaccinations – are handed to her? If Joe doesn't know, his staff does – she can't do it. So, when the going gets tough, blame Kamala. She did dither on the border, waiting some 100 days to "visit." She has failed miserably in quarterbacking the COVID vaccination effort, as well. There's no way Joe's staff would have signed off on this without the intention of damaging her stock. They know her staff is incompetent. They know her workplace is toxic. They know those who can get out are jumping ship and not turning back.

It's the same old story. We've seen this movie before. In 2020, Kamala Harris dropped out before the likes of Deval Patrick, Tom Steyer, Julian Castro, and other Democrats who had zero chance of winning the nomination or the presidency. She got gutted by then-Rep. Tulsi Gabbard (D-HI). We've mentioned this before, but that was the key moment we all knew Harris was a house of cards. She was an incredibly weak candidate as we all knew someone on the debate stage would mention her career locking up scores of folks, especially blacks, for smoking marijuana. She opened herself up when she took a swing at Biden's past remarks about busing. Well, it was Gabbard of all people who disemboweled her, and she never recovered. Politico’s lengthy piece about her 2020 campaign was described in three ways: no message, no strategy, and no discipline. Well, that carried over into the vice presidency.

Her approval ratings are in the toilet. Joe Biden's have begun to suffer, but Kamala has more of an uphill battle. As of now, you can't honestly think that she'll succeed him with her baggage and these numbers. She's not likable. She doesn't come off as particularly bright. She's awkward. Her excuse for not visiting the southern border was that she hasn't been to Europe. She's caught lurking in White House photos. She probably seethed over Jill Biden being offered to attend the Summer Olympics and the G-7 Summit. Joe's staff has found the perfect fall person. Will she even be on the ticket in 2024? Kamala is hardheaded; she's not going anywhere without a fight. The bigger question in that debate is, can Joe do this again? He will not be hanging out in the basement. He will have to be out and about, doing multiple town halls, media appearances, and rallies. He can barely get through one press conference without looking gassed. He also needs flashcards.

Hell, now the liberal media might need to rebuild two people. The question is, can they without looking like some Democratic PR firm? They can't. There's no way to make inflation sound good without making yourself look like an idiot. There's no way to pivot and declare that not meeting job creation projections is a good thing. Everything sucks. And all of this with COVID in the backdrop, a crisis that Biden said he alone would stop if elected. Not the case. Vaccinations are lagging. It's a complex debate. It's loaded with nuance and different concerns – many are worried about long-term effects. Others are skeptical of government mandates. You won't get them all, but a concerted strategy of outreach can boost those numbers if that's the goal we're talking about here, but it will take time. Instead, this administration is trying to bribe voters while their media allies trash them as country bumpkins. Teachers' unions don't want a mandate. Are they uneducated Trump lovers, too? Are they readers of Townhall? I highly doubt it.

There are some people who you cannot drag across the finish line with good press or support. Barack Obama, the most popular Democrat in recent memory, did all he could for Hillary in 2016. It failed. For Biden, he doesn't want to be in front of the press long. There are only so many fluff stories you can write about concerning his ice cream choices. For Kamala, there's no smoothing over an incompetent b****. Democrats might have sold the farm to win 2020. The liberal media have a dementia-ridden president, a she-devil and unpopular VP, and a party base that's becoming more left-wing and loaded with white progressives who have messaging skills and agenda items that just alienate everyone, including traditional Democratic voting blocs.