Matt Vespa
|
Posted: Mar 02, 2021 6:00 AM
Share   Tweet
The opinions expressed by columnists are their own and do not necessarily represent the views of Townhall.com. 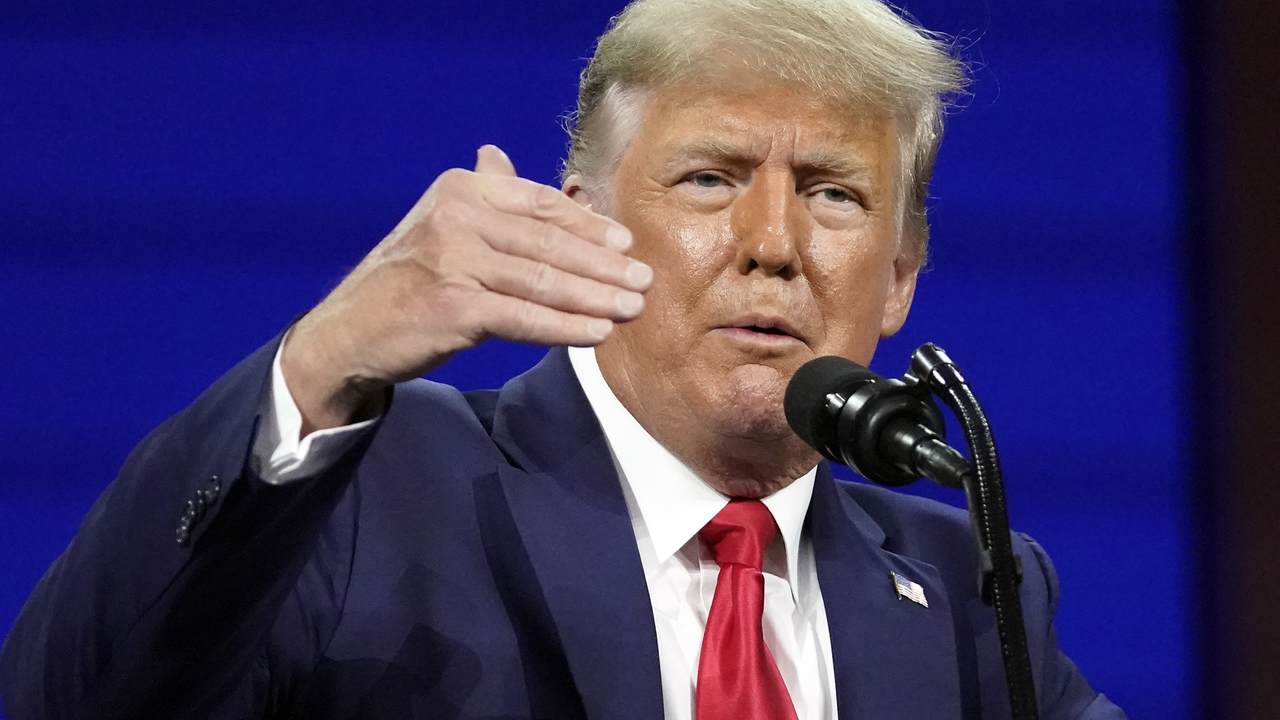 I’m so sick of this so-called “war.” We’re back to this silly narrative, folks. That there's a civil war raging within the Republican Party. There is no war. There aren’t even enough forces out there for a battle. We won. The Trump wing won. It still amuses me to no end how some within the GOP and the media think there’s some debate about the future of the party. It’s a false narrative.

In 2016, yes, there was a war. It was called the Republican primaries, and Donald Trump emerged on top. Since then, the base has changed. The party has changed, and the people who simply don’t get it are Mitt Romney, Liz Cheney, Adam Kinzinger, and a few other losers who will never be elected president, let alone clinch ten delegates in the GOP primaries. If you’re that weak, you can’t talk about shaping the party. It circles back to the simple question: what do these few, very few, anti-Trumpers have to fear from Trumpism? Who’s afraid of Donald Trump that isn’t an unhinged progressive?

Proud to be named among those other hero’s in Trumps speech!

It shouldn’t surprise anyone that Liz Cheney was anti-Trump… Friendly fire runs in the family!

Liz Cheney says Trump should have no future role in GOP or country https://t.co/k4pptGKyW3 pic.twitter.com/IxfS6aZYZe

CPAC 2021 is over, and once again, it showed how the party is no longer of the Romney-Ryan mold. Guys, it’s not your party anymore. Even Nikki Haley, who is flip-flopping all over the place regarding Trump, the GOP, and the future, admits those days are done. There will always be questions about election integrity during the 2020 election, but the facts are that Trump won the most votes of any incumbent president in history. Not a single House Republican lost his or her re-election. The Senate is split 50-50. And the Trump flavor did not sink the GOP even further down-ticket at the state-level races. Democrats failed to retake key targets in the state legislatures. This doesn’t necessarily bolster the "Trump is poison" narrative the Liz Cheney-types want to disseminate to the masses.

I still don’t get why this is such a big deal or why there are some of the most aggressive reactions when you mention Trump to the more establishment-based folks within the GOP. Trumpism and traditional Reagan conservatism overlap a lot.

Under Trump, millions of jobs were created, there were no new wars, Middle East peace agreements were hashed out, new trade deals were negotiated, our immigration laws were enforced, taxes were cut, regulations were nixed, and the entire federal judiciary was overhauled. Chief Justice John Roberts has been rendered irrelevant with Trump putting three justices on the Supreme Court. How is this awful? How is this not conservative? It’s certainly not liberal, so off the bat — it’s something I support.

Then, there’s the issue of spending. Some conservatives have brought up the spending under Trump. Is that truly your deal-breaker, fellas? Okay, do you want me to bring up Ronald Reagan’s support for an assault weapons ban? Because any conservative or right-leaning individual would view that position as anathema — and they’d be right. For me, when you look at the totality of the Reagan record, he doesn’t deserve to be…canceled.

Trump’s mean tweets aren’t a serious grievance against him. His not being a politician isn’t the real issue either for the anti-Trump GOP, what’s left of them. The Lincoln Project, and its beautiful demise, pretty much showed that these people were mostly mad that Trump butted into their political operative racket. And by butting in, I mean — he won. Trump won the primary and the 2016 election without the advice of these snake oil salesmen. They didn’t need to be listened to anymore. They weren’t trusted, and these clowns still have debts to pay, which is why they decided to sell out for Democrats. In fact, a lot of these so-called Republican contributors on the major news networks have become Democrats. The Lincoln Project was most likely going to be the vessel that would bankroll an anti-Trump third party to keep the grift going, but their co-founder’s sexual harassment and proclivity to communicate with dozens of young men went far behind what was professionally permissible ended all of that. Also, wouldn’t this just help the Democrats by splitting the conservative vote? Yes. Funny how the only thing these principled anti-Trump conservatives want to do is…help Democrats. They’re slime balls — all of them. And these are the folks who said Trump’s moral character flaws are one of the reasons why they can’t support him.

I’m done with swamp monsters. I’m for the non-politicians. Are some of them a bit nuts? Sure — but I don’t care. This town is killing America. We have a COVID relief bill that doesn’t help anyone impacted economically by this virus. It does help federal workers stay at home, paying them $1400 for weeks. Where is that assistance to America’s working families? The institutions are rigged. The system is corrupt, and anyone who wants to take a baseball bat to it, I’ll at the very least hear them out.

The elephant in the room is that Trump is no longer president, so why even bother sticking with this populist moment? It’s because when you get down to the details, Trump and the GOP really weren’t all that far from controlling everything in DC. A total of 90,000 votes among the presidential, Senate, and House races were all that stood in the way of a total Republican victory. Over the past eight years, the GOP has gained in demographics that total 71 percent of voters. Trump gained with black, Asian, and Hispanic voters in 2020. He earned almost 30 percent of the LGBT vote as well. There is an appeal to his policies, which will only increase as Congress continues to dither and not do its job. The sham second impeachment of Trump once again showed that it’s still "all talk, no action" on the Hill. That effort had zero chance of success, but Democrats wanted to waste all of our time anyway.

I’m fine with the populist moment we’re in right now. Congress hasn't done its job for decades. For those still horrified at Trumpism taking hold in this country, well, you only have yourselves to blame. If you simply respected the voters instead of using your elected position as a cash card, then Trump wouldn’t even have gotten off the ground.