Joe Biden's Sexual Abuse Story Can No Longer Be Ignored...And the Liberal Media Is About to Panic

Matt Vespa
|
Posted: Apr 28, 2020 6:00 AM
Share   Tweet
The opinions expressed by columnists are their own and do not necessarily represent the views of Townhall.com. 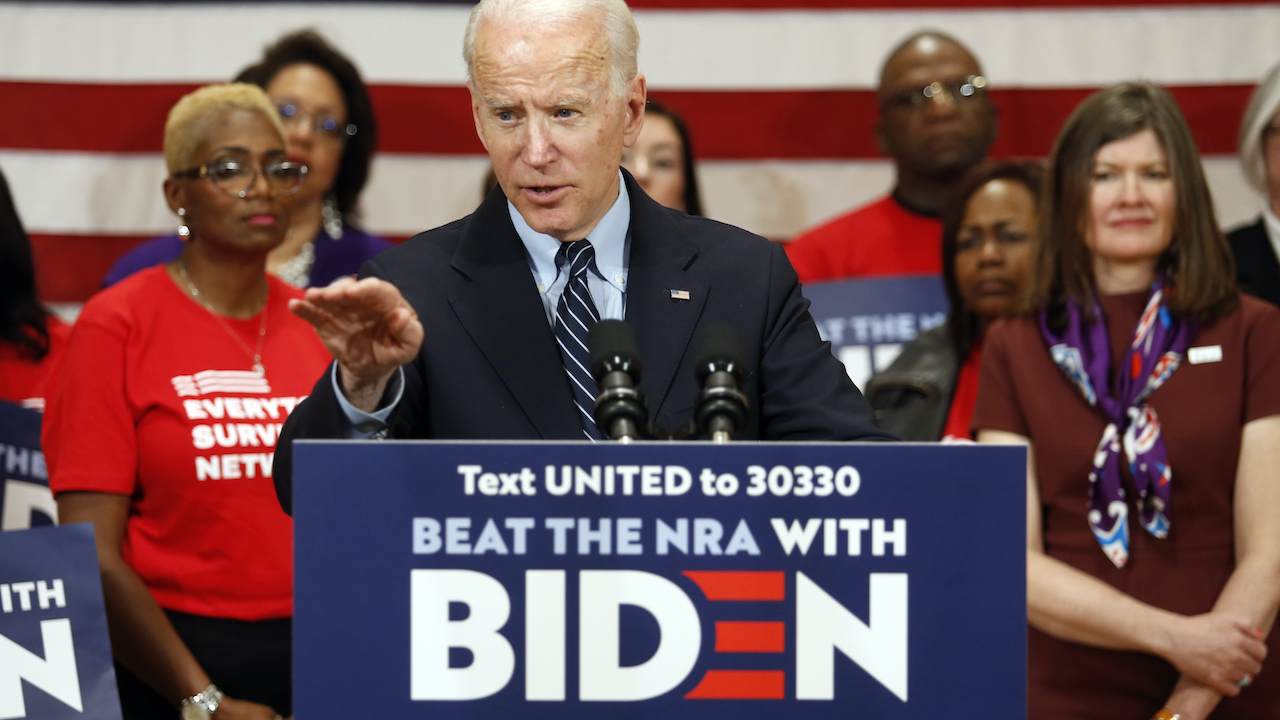 They tried to ignore it. They hoped it would die. But when it comes to allegations of sexual assault in politics, it seldom does. You can pray it away. It's here to stay, and for Joe Biden, it's about to become a 2020 issue. Joe has a long record of creepiness toward women. He's handsy. He likes to smell their hair. I mean, Joe would be the first in the human resources workshop on sexual harassment. S**t, he would be fired over this stuff at any company today.

This story from his former aide, Tara Reade, is different. Reade alleges that the then-senator from Delaware penetrated her with his fingers. This incident allegedly occurred in 1993 (via The Federalist):

There was no exchange really. He just had me up against the wall. And I was wearing a skirt and, you know, business skirt, but I wasn’t wearing stockings. It was kind of a hot day that day and I was wearing heels. And I remember my legs had been hurting from the marble, you know of the Capitol, like walking. So I remember that kind of stuff. I remember I was wearing a blouse and he just had me up against the wall. And the wall was cold. It happened all at once. The gym bag, I don’t know where it went. I handed it to him, was gone. And then his hands were on me and underneath my clothes.

#BREAKING: HERE is the video from August 11,1993's 'Larry King Live' described by @TheIntercept (and Tara Reade) as allegedly featuring her mother calling in and alluding to Reade's sexual assault claims against @JoeBiden (blog here by @ScottJW) https://t.co/fCgEqBnX7n pic.twitter.com/V5FGHskv56

And this isn't new. Reade's late mother left breadcrumbs to this alleged assault when she called into Larry King's show when the host was still with CNN in the 1990s. Now, Reade's former neighbor, a Biden supporter, says the former Senate aide talked to her about it in 1995 or 1996 (via Business Insider):

In March, when a former aide to Democratic presidential nominee Joe Biden accused the candidate of sexually assaulting her in 1993, two people came forward to say that the woman, Tara Reade, had told them of the incident shortly after it allegedly occurred — her brother, Collin Moulton, and a friend who asked to remain anonymous for fear of retribution.

Now two more sources have come forward to corroborate certain details about Reade's claims. One of them — a former neighbor of Reade's — has told Insider for the first time, on the record, that Reade disclosed details about the alleged assault to her in the mid-1990s.

"This happened, and I know it did because I remember talking about it," Lynda LaCasse, who lived next door to Reade in the mid-'90s, told Insider.

The other source, Lorraine Sanchez, who worked with Reade in the office of a California state senator in the mid-'90s, told Insider that she recalls Reade complaining at the time that her former boss in Washington, DC, had sexually harassed her, and that she had been fired after raising concerns.

Before the alleged assault, Reade said, she had already complained to her superiors in Biden's office that the way Biden looked at her and touched her made her uncomfortable. She got no response, she said, and after the alleged assault was abruptly relieved of her duties managing interns. She said she later filed a complaint about her treatment — but not the about the assault allegation — with a Senate human-resources office.

The Biden camp has denied Reade's allegations. "Women have a right to tell their story, and reporters have an obligation to rigorously vet those claims," Kate Bedingfield, Biden's communications director said in a statement earlier this month. "We encourage them to do so, because these accusations are false."

Is this story true or false? We're still digging for the truth here, but there appears to be more corroborating evidence with Biden than the entirety of the Brett Kavanaugh witch hunt. And that's the point here. The double-standard is explicitly clear. Reade's allegation came to light on March 25. In the 19 days after this story broke, CNN had just one story on it, whereas they had published some 700 on Brett Kavanaugh in the same timeframe. As former CNN producer Steve Krakauer noted after the Larry King video surfaced, it's now time for the media to press Joe Biden on this:

Again, even if the media doesn't ask Biden about the specific sexual assault allegations - although I think it's clear they would if he was a Republican - they have an obligation now to ask what happened with Reade when she was a staffer in his office in 1993. What were the "problems"? The story has become too clear to ignore.

You can hear the moans from newsrooms across the country. This was the guy, our guy, to beat Trump—and now he's engulfed in a sexual abuse story. And Biden is still not out of the woods concerning his son, Hunter, and the reported corruption regarding being a board member for a Ukrainian energy company selling access to then-top Obama officials there. Daddy Biden was supposed to be in the country spearheading anti-corruption efforts. Joe Biden hasn't been able to neutralize that story either. And now, a sexual assault claim that makes for a mighty two-front war if you're Joe Biden. After all, he needs to figure out what day it is first before he can respond, which could take quite some time. And not even Jilly can save him from the inevitable questions about this alleged assault.

The linguistic gymnastics from the liberal media on this are going to be epic. They're going for the gold—and we already see glimpses. Take this from The Washington Post, with the headline, "Trump allies highlight new claims regarding allegations against Biden." Yep, it's a "pounce" story, but it's not. A presidential nominee has been accused of sexual abuse. You'd think someone would say, let's look into this, but then we're reminded about something critical, something that makes Joe Biden different: He's a Democrat. The tweet linking to this story that was shared on the Post's social was even more ridiculous, "Developments in allegations against Biden amplify efforts to question his behavior."

"Ugh, I guess I HAVE to tweet about this." pic.twitter.com/1WBp2yhnmx

He wants it to be Hillary so bad I can smell it. https://t.co/3Anv9munYh

Uh, nightmare for whom? pic.twitter.com/bRN8Pf5mQz

You can just feel the intern trying to word this tweet like it’s a Mission Impossible film. https://t.co/QdybgbpMKE

Their headline at WaPo is just REPUBLICANS POUNCE pic.twitter.com/pNeJzHwqth

Believe All Women is about to get a shotgun blast to the face, a katana to the gut. It's a war cry that's grounded in trials without due process and mob rule. It's antithetical to American values. But these are the Left's rules, and by this criterion, Joe Biden is a rapist. He must be cast out, destroyed, and barred from accepting the Democratic nomination. That's what needs to happen given the Democratic rules here. That's what needs to happen if you respect women, according to Democrats. Joe, do the right thing and drop out. Do it for Jill. Do it for your daughter, your nieces, and all the women who love you, even the ones who you creeped out. Smell Lady Justice's hair and bow out.

These are the rules if Democrats truly want to honor their social justice warrior code, but they won't. We all know that. Hypocrisy thy name is liberalism. As the saying goes, if liberals didn't have double standards, they'd have no standards at all.