The 'Get Trump' Show Will Fail 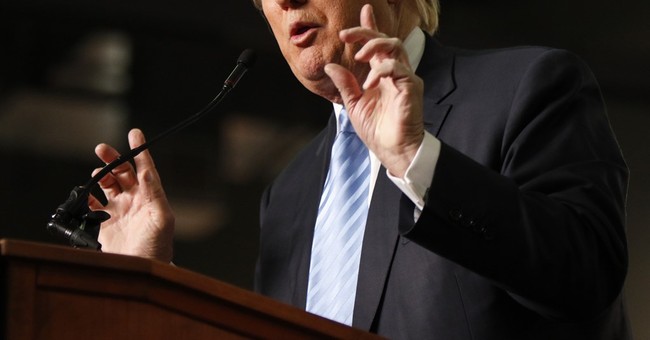 CINCINNATI -- Much like the 1960s comedy "Get Smart," GOP establishment operatives and candidates have formed their own version of "KAOS," the evil organization that continually tried to "get" Agent Maxwell Smart. Except in this case, it's many Republican traditionalists that are trying to "get" Donald Trump. These efforts will backfire on them, as did the best attempts at mischief by KAOS in the comedy classic.

To fully comprehend how off-base the pundits and establishment consultants are about the 2016 race for the GOP presidential nomination, let's first examine a tale of two polls taken in Florida recently.

The first was conducted just before the Paris attacks by an organization I am affiliated with, OpinionSavvy, for Jacksonville's Florida-Times Union and Tampa Bay's Fox-13. The results were consistent with most surveys around the nation. Trump had a one-point edge, with Ben Carson close behind and Marco Rubio rising quickly.

Then the bloody attacks on Paris by ISIS took place. In the aftermath of that tragedy, I was astounded to hear endless Washington-New York talking heads suggest that in light of the increasing threat of ISIS and growing international tension, GOP voters would now turn to presidential candidates "with more experience" than Trump; prima facie evidence that these analysts are totally out of touch with the rest of the nation.

Also after the Paris attacks, Florida Atlantic University released a poll showing Trump up by 17 points in Florida. They do fine work and so I take their poll as an obvious example of how, once again, the pundits got it wrong in a big way. If you doubt that conclusion, just consider the many national surveys and polls in various important GOP contest states, where Trump rose substantially post-Paris.

Just how dense are the so-called experts, who view themselves as the keepers of a GOP old guard that has failed the party and the nation during at least two successive presidential election cycles? For Trump the message was about immigration and security from the start.

So now comes news that GOP "establishment operatives" have formed a legal entity designed to attack Trump for his myriad "politically incorrect" and "offensive" statements. Apparently, boosters of presidential candidate and Ohio Governor John Kasich have decided to devote several million dollars to the same effort. Kasich might be a fine presidential or vice presidential nominee, but trying to knock off a dominant Trump while you stand at virtually nothing in the polls is idiotic.

The entire "establishment" attack will fall on deaf ears and, more than likely, will create a third party that will react to the attacks -- not by throwing Trump aside, but by bolting to a separate movement should he lose his bid for the GOP nomination. Great strategy, D.C. insiders! Coming from the same set of failed, insulated and arrogant "Beltway Bandits" who have launched a thousand sinking ships, this would be no surprise.

I said it in December of last year and as late as last month: Trump is a power that is not going away. I stand by that assessment, even as every slick TV commentator/analyst/suck-up keeps trying to argue differently.

What they are missing is that Donald Trump speaks the raw and unedited truth. It's often blunt and unvarnished, but to him and an increasing number of Americans, it's the truth nevertheless.

I have long argued that Florida, with its diverse population, is a microcosm for public opinion in the nation as a whole. After all, it swings Democrat when Democrats win the nation and goes Republican when the GOP is riding high. And the margin of victory in Florida is usually slim.

So if Donald Trump gained 18 points between when we polled pre-Paris attack and days after the tragedy, shouldn't that tell the so-called "establishment experts" something?

I watched the GOP "establishment" brand Ronald Reagan an extremist and a nut in 1980. They highlighted his comments on communism and labor unions, and his misunderstood observation that trees contribute as much to pollution as other sources, to suggest that he was a dangerously reckless "cowboy Republican" who would bring the GOP down.

Trump is no cowboy. But the endless attacks from the effete GOP elite are all but guaranteeing him success in the months to come. Maxwell Smart, with all his foibles, never had it so good.