When It Comes to 'Investing' in Trump, I Was Right, They Were Wrong 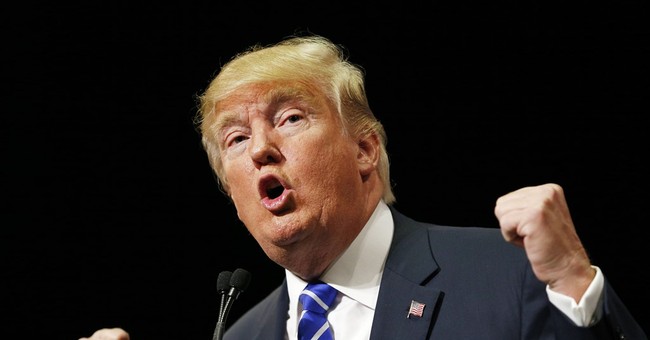 In December 2014 I wrote the column "Why Trump Should Run." It started with the line, "The elite media will scoff at a potential Donald Trump candidacy for president." They did; I didn't. And if Donald Trump the candidate had been a stock on the NYSE in my new book "Newsvesting" (which, I'll shamelessly note, is available from Amazon and Barnes & Noble), I would have been the lone pundit in America to have reaped a big "profit."

Back then Trump actually retweeted my column, to which one Twitter respondent tweeted, "Matt who?" Well, "Matt Who" is still here, and is still right.

Why was I right when almost every Washington, D.C., expert wasn't? Because I'm a pollster? No. My polls can't predict the future in politics.

Because I ran campaigns for names such as Newt Gingrich, or ran as a statewide GOP nominee for lieutenant governor at age 30, or because I actually served in office as a legislator? Nope. There are plenty of us has-been, washed-up political types out there.

It was and is because I have been and remain a true businessman. No, not at Trump's level or near it. But I have run very successful businesses, along with my share of not-so-spectacular ones. I knew then and know now that building any sizable business, whether closely held or publicly owned, requires more brains, marketing talent, negotiation skills and guts than most politicians could ever even conceive of.

So when I heard the endless media chatter that Trump "just wasn't smart enough or polished enough to be president" I chuckled. My immediate thought was, "OK, pundit, you go figure out how to become worth billions of dollars, and then we will talk about who is smart."

Then he announced for president and allegedly offended the world by having the gall to talk about real issues in a real way, such as immigration and our one-way open gate to some individuals who Mexico itself deemed too dangerous to keep. Most elite media and GOP establishment talking heads buried him. I did not. I did give him presumptuous advice in a June column. It was unsolicited and most of it turned out to be useless. Still, I felt he was in the game.

After the first debate, when focus groups and high-brow commentators were once again burying him, I knew instinctively that he had won the contest and advanced his cause. In my column on Aug. 13 I proclaimed, "Trump Survives." Yes, he did indeed.

Admittedly, my past years of experience polling for such media outlets as Politico, Newsmax, Fox network affiliates and others added to my evaluations. For example, most national writers never note that Trump runs about six to eight points ahead of the national polls in Southern states. Those states will likely decide the '16 nomination and will keep him competitive way into the race for the nomination.

And as for the general election, the media big deals buy all these head-to-head "fantasy polls" that somehow show Trump getting waxed by Democrats such as Bernie Sanders. Bernie Sanders? Give me a break. First, these way-too-early polls are complete garbage. And more importantly, our polling suggests that Trump might attract and actually hold on to more young voters and, yes, African-Americans than any other potential GOP nominees. Why? Because he's a reality-TV star in a reality-TV-driven world. Duh.

Add to that the fact that he has an entire well-known family who are just like him and working just as hard to get him elected. For his opponents, it's like facing an army of Trumps.

Sure, Trump could fade, but then that's what the GOP establishment sat around saying about Ronald Reagan in 1980. How do I know? Because I was a kid working with the master, a young Newt Gingrich and the great pro-Reagan-candidate-turned-U.S.-Senator Mack Mattingly that same election year -- earning my current right to comment some 36 years later. I heard the elite scoff at them and Reagan. We won; they didn't.

Yes, the race could change. Yes, I could be wrong. Yes, I'll poll it straight-up as always. But just like in my new book "Newsvesting," I chose the right "stock" when no one else did. In politics and the stock market, it's good to pick a potential winner before anyone else does.