Matt Lamb
|
Posted: Nov 12, 2019 10:35 AM
Share   Tweet
The opinions expressed by columnists are their own and do not necessarily represent the views of Townhall.com. 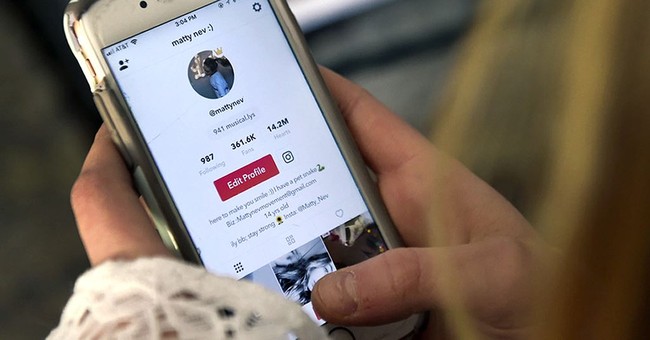 Twitter announced recently that they will no longer allow political advertising on its platform. Meanwhile, Senator Elizabeth Warren is pushing Facebook to crack down on political ads, claiming they need to do a better job policing the truth, which probably means limiting things she doesn’t want to see. A sensitivity to negative comments isn’t surprising from any politician, especially when being an incumbent is such a powerful boost to a campaign. But Twitter’s decision, and proposals to limit Facebook ads or microtargeting as Senator Ron Wyden proposes,  are harmful to the democratic process, empowering high-paid consultants at the expense of citizen activists. And the powers that be seem okay with that.

In his announcement Twitter CEO Jack Dorsey said, “While internet advertising is incredibly powerful and very effective for commercial advertisers, that power brings significant risks to politics, where it can be used to influence votes to affect the lives of millions.” Yes, that’s what we try to do in elections, engaging citizens to participate in politics. It’s unclear what’s harmful about that.

Twitter’s chief counsel Vijaya Gadde added that this refers to, “One: Ads that refer to an election or a candidate, or Two: Ads that advocate for or against legislative issues of national importance (such as: climate change, healthcare, immigration, national security, taxes).”

In their move, Twitter will empower the consultant class with their extensive contacts and budges at the expense of individuals and grassroots organizations who often work with volunteers and limited resources.

Twitter provides a low-cost way to advertise points of views, such as paying to boost a video or running ads on a petition to inform people of an issue. The cost of running a national ad on Twitter can be just a few hundred dollars versus over $100,000 for one ad on national tv. Furthermore, those ads have to be placed through an agency and generally require using a media consultant who takes a cut of the placement fee. The average grassroots organization may have one communications staffer without the time, production staff or money to place a national ad. Twitter ads also provided a more effective way of targeting people—for example, a pro-life organization can target people who follow other pro-life groups or related causes; a national TV ad could be seen by anyone that watches that channel.

At Students for Life Action, we were able to spend just a few thousand dollars on Facebook, but engage tens of thousands people directly, reaching out to pro-life voters in Virginia on Facebook reminding them to vote. Without microtargeting, we could never compete with the millions of Soros dollars that were given to Planned Parenthood’s PAC for the Virginia election.

Likewise, Elizabeth Warren wants to limit Facebook microtargeting and Senator Ron Wyden, her ideological ally, wants to ban microtargeting all together, where campaigns and political organizations can run ads to people with certain interests or ages in a specific location.

Ironically,Warren, theself-styled champion of the people and progressive populist, is supporting an idea that limits political engagement. Consider the case of a local candidate for officer, a county clerk or a state legislator. They may have only $30,000 to $50,000 to spend in an election, which is generally not nearly enough to buy a TV ad. But using Facebook’s microtargeting, they could reasonably reach 15,000 voters for only $1000, an incredibly cost-effective way to organize.

Consider that Alexandria Ocasio-Cortez in her upset victory over Joseph Crowley in 2018 spent $3,298.01 on Facebook advertising and then leading up to her general election, another $225,000.  She is not alone. Other candidates also use Facebook ads to their advantage, such as, Senator Elizabeth Warren, who has a plan to stop others from using that tool.

Warren has spent over $3 million dollars on Facebook ads since announcing her run for President. Warren’s campaign also micro targets voters. For example, she targeted young female voters with an ad about grabbing a drink with her on October 30th on Instagram (which is owned by Facebook), while an ad on Facebook about Medicare-For-All targeted voters over 55.

Facebook and Twitter ads also allow for rapid response to an issue. Whereas a TV adhas tobe written, recorded, and then placed in a schedule, a Facebook or Twitter ad can be set up in a matter of minutes with a simple photo or graphic, and can be running within hours.

Small organizations benefit from social media advertising, which allows them to access advertising tools that were once only available to wealthy campaigns and corporations with massive advertising budgets and media experts.

For a platform that prides itself on being an organizing tool and a valuable contribution to the civic process, and for a politician who prides herself as a populist who wants to engage average-Americans in politics, Twitter and Warren’s stances on social media advertising betray their portrait of themselves as in tune to regular, working class Americans. Ironically, Warren is now seeing her censorship backfire, as a climate change group is no longer able run ads but Exxon Mobil is.

Those on the outside have tools like Twitter and Facebook, where everyone can publish a point of view, no matter their budget. Democracy and grassroots engagement suffer when political advertising is limited on social media. The so-called populists who say they speak for the common man or women should stand back and let them speak for themselves.