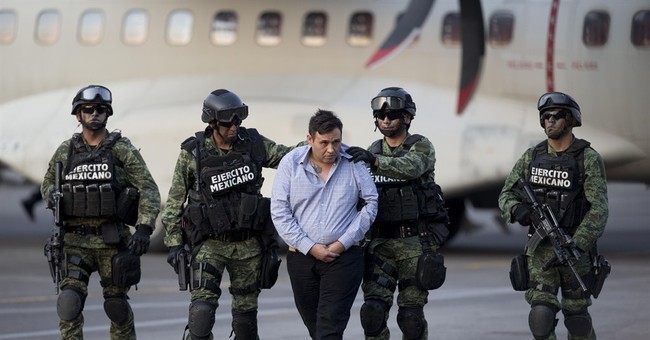 I know many people do not understand the very real battle happening in the United States. More specifically, here in the Southwest U.S. we have been involved in an extended battle with a foreign criminal element. These organized criminals, known as Mexican cartels, have been discussed plenty but mainly in a general sense. Many times, the intricate details of this battle cannot be fully disclosed, as it can compromise the safety of those involved in the fight against these criminals. However, what can be shared is some general knowledge and information to help educate those who do not understand the extent of the fight. This battle rages on day after day, with hardworking American law enforcement officers in the form of Police Officer’s, Deputy Sheriff’s, and Border Patrol Agents on the frontline. That frontline being the U.S and Mexico border here in the Southwest, and what it looks like can many times appear to be something out of a movie.

In Mexico and the U.S. alike, these cartels have become more than a just a group of criminals, they are transforming a culture. There are prime time television shows based on cartel families, their riches, and their struggles. There are bands who sing songs glorifying the cartel lifestyle, the cartel bosses, and the violence associated with these criminals. On the Mexico side children to senior citizens are being desensitized to extreme violence of these cartels, which includes beheadings and the dumping of body parts and “narco” messages in the streets. Children wear clothes to imitate the cartel leaders, as these children tell stories of the violence they witness. From old wives tales and legends, idols are born in the form of bastardized religious figures, which then become the “saints” to which these narcos pray. While these cartels transform the Mexican culture, and turn it inside out, the battle to defeat them rages on.

With the battle line being the international border, the story of our battle against these criminals starts. It is here that the Mexican cartels have numerous operatives working to transport and cross their product into the United States. In the western desert areas of Arizona, where the U.S. and Mexico meet, there is essentially occupied ground in which the cartels operate very freely. In fact if you talk to any of the people who are members of, or involved with these cartels, you will find that they do not recognize any international border. They also consider the routes used to transport their product North into the U.S. as being owned by them. These routes are travelled heavily by the cartels, watched over by the cartels, and protected by the cartels. They have been the life blood of Mexican smugglers for many years.

When we discuss the open desert area which I am talking about, you should understand that this is vast and wide open desert. There are very little inhabitants along the way as they travel North for approximately 70 miles. This is where they reach the Southwest corner of Pinal county and the Southeast corner of Maricopa county. With terrain and routes, the cartels that utilize this desert area as their transport and operational territory funnel right into the outskirts of the city of Phoenix. They travel that 70 plus miles of open desert, much of which is on Indian reservation or public lands, with little interference from Law enforcement. The main reason for the lack of law enforcement pressure is the fact that there is nothing more than small Indian villages along the way, and law enforcement is spread very thin in this region. It is as these cartels get closer to their first sign of civilization along Interstate 8 that they began to feel pressure from American law enforcement.

As this cat and mouse game between law enforcement and the cartels approaches the population between Tucson and Phoenix, the stakes are higher. The cartels have a vested interest in making it to their stash houses, and it is prime opportunity for law enforcement to catch them in the open. To ensure their success, the cartels employ a large network of criminals. The cartels have logistical support, cells designated for specific operational functions, and companies designed to hide the illegal activities of the cartels. Much of this is hidden in plain sight, and to the untrained eye would appear to be nothing other than normal. However, to the trained eye there is a large network in place that is nothing more than foreign criminals eating away at the fabric of our country. What this network looks like is what will be discussed in part two….