The War Against Good Cops 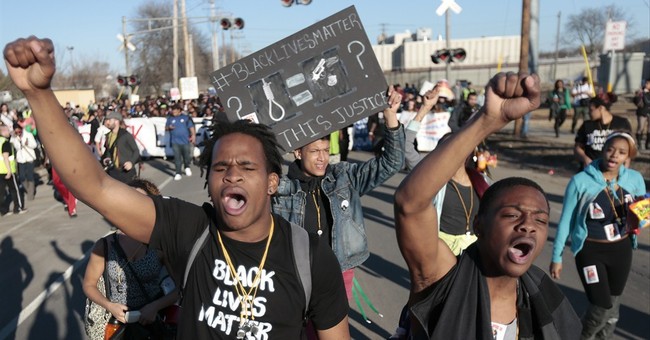 Over the past few years our nation has seen a fair share of controversy as it relates to Peace Officers in the United States. Whether it is a Police Officer in a major metropolitan city, or a Deputy Sheriff in a rural county area, we have all been affected by the extreme focus on our profession. We have heard the mainstream media discussing a range of topics such as how we should do our jobs, how the federal government should be involved in local policing, or the supposed large divide between Peace Officers and the citizens. There have been a slew of “experts” on either side of the argument who have been quick to give their assessment of the situation, and then provide their solutions for the perceived problem. Then we have Mr. Obama and Mr. Holder further fueling the fire with their ever so wise statements and sentiments. All of this while men and women who proudly wear the uniform, go out every day and every night to do their job of policing the streets of our country.

Of course the job has not changed much over the years. Peace Officers still deal with essentially the same crimes generation after generation, some with a new twist and some formed out of new technology. Nevertheless, most often we are facing the people who cannot seem to solve disputes, families dealing with domestic violence, predators who seek out the weak and helpless, and those who are trying to escape reality through the use some substance. If you have been in this profession long enough you have most likely dealt with several generations of a criminal element, having arrested grandpa, father and son of the same family in many cases. It is what we face, and it is what we are conditioned to. As a Peace Officer, you deal with a small percentage of society a high percentage of the time. This in turn starts to affect how you deal with people, because it has to if you like living and would like to remain that way.

While we have progressed as a nation, the fact remains that society is still society and that people are still people. This means that there are still those predators and societal problems which require Peace Officer involvement. We as Peace Officers, through our training, experience and sometimes how and where we were raised, go to work each day with no clear picture of who our potential enemy will be for that shift. This fact combined with the fact that some sections of our society feel it is acceptable behavior to confront and attack Peace Officers simply because of the job they do and uniform they wear, makes an already tough profession even tougher.

As a nation we often times suffer the fact that we have a very vocal minority whom feel very entitled. They feel entitled to break laws, to cheat, to steal, and to rob. Then when these people are held accountable by the Peace Officers, they will turn around and claim they are being picked on because of some other factor such as race or religion. This vocal minority is quick to claim being persecuted and targeted, and they do so with the hope that good people will be intimidated by their allegations rather than standing their ground and facing the ridicule for doing what is right. To those who do not know the job or who have not fell victim to a predator, the argument of this minority seems very logical and they can be quick to join in the conversations against Peace Officers.

That is why it is so important for those who have chosen this profession to stay the course and remain ever vigilant, and for the people who support them to stand up and say so. It is time to vocally support these Peace Officers who put their lives at risk day after day, shift after shift, to protect the communities which they honorably serve. It is these men and women, and those like them who hold the very fabric of this country together. You must understand that each officer swears an oath to their country and the citizens, and it is by this oath that they live and die. There is a dire need to understand that this is a partnership, and that the Peace Officers of our nation need you. We need that silent majority to step up and be heard. Because it is through our actions that we will overcome the troubles that our nation is facing, and it is our actions that our future generations depend on to ensure that they have the opportunity to enjoy the greatest country in the world.