Government Should Give Driverless Cars a Green Light 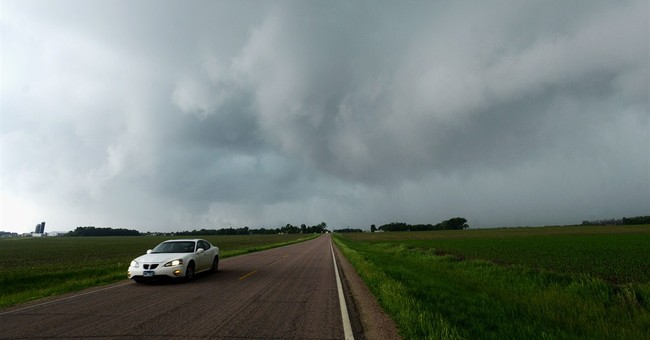 It may seem like futuristic technology, but driverless cars are quickly becoming the technology of today. Driverless cars, also called autonomous vehicles, navigate without the need for human control. This technology would be the most radical change to U.S. surface transportation since the Interstate Highway System was created more than half a century ago. States should recognize the legality of driverless cars to enable a future of greatly reduced automobile accidents and congestion, and increased mobility for historically disadvantaged populations.

To date, California, Florida, Michigan, Nevada, New York, Washington, D.C., have passed laws specifically recognizing the legality of driverless vehicles. With this technology becoming increasingly more advanced and practical for mass usage, lawmakers must take on this issue and prepare for this new mobility reality. Google’s self-driving cars have now logged over 700,000 miles on public roads, and the company recently announced a new prototype of fully autonomous shuttles they hope to begin testing in California this year.

Over 30,000 Americans die each year from automobile accidents and thousands more are injured. Of these accidents, 90 percent are mainly caused by human error. Driverless cars feature advanced computer systems that react faster and smarter to change in traffic and other vehicles. Google cars use radar, laser, and camera sensors to detect pedestrians, foreign objects, and infrastructure all in real time. This huge advantage will drastically cut down on accidents that would occur with human operation. Fewer accidents will save lives and lower medical costs. Simply put, if states restrict the adoption of driverless cars, they are, in effect, mandating more injuries and deaths on the road.

Another advantage of driverless cars is decreasing congestion. Driverless cars will be able to safely operate at closer distances to each other, potentially tripling highway capacity. This will drastically cut down congestion on America’s aging road network. It has been estimated the U.S. economy loses over $100 billion per year due to wasted time and fuel caused by traffic congestion. Also, less congestion means less local air pollution from gridlocked vehicles. Integrating driverless cars into the American automobile fleet would result in autos going green on their own, without clumsy and burdensome government regulations. Similarly, vehicles could be manufactured lighter as collision risk features add a great deal of bulk to vehicles. A lighter vehicle fleet will use less fuel and result in less pollution.

The third advantage is the increase in mobility for those who normally would not be able to travel via car. Driverless cars and potential future ride sharing services will increase travel options for the disabled, elderly, youth, the poor, and other groups who have traditionally faced limited mobility options. But both California and D.C. have enacted laws which require licensed drivers be present in the driver’s seat of autonomous vehicles. Transportation scholar Marc Scribner at the Competitive Enterprise Institute writes, “While seemingly inconsequential, this effectively outlaws one of the more promising functions of autonomous vehicle technology: allowing disabled people to enjoy the personal mobility that most people take for granted.”

The major public policy issue for driverless cars is the fear of the unknown, but there absolutely are challenges facing this technology. First, there may be problems with small debris triggering accident avoidance which must be dealt with. Second, mass driving pattern data collection has irked some privacy advocates.Third, assigning liability in the event of accidents or moving violations will have to be dealt with. Fourth, there are ethical questions related to how autonomous vehicles should crash when an accident is inevitable. But these are all things that do not require heavy handed laws or regulations. It is quite possible the common law can deal with these developments as they arise and it certainly is no reason to delay driverless car availability to consumers.

Despite these concerns, driverless cars will be safer than manually driven cars. If well-meaning policy makers enact laws or promulgate regulations that delay consumer availability or raise the prices of driverless cars, they will unwittingly be injuring and killing drivers who would otherwise be using autonomous vehicles.

In addition, Stanford University’s Bryant Walker Smith worries that media hysterics could stymie driverless cars’ progress: “It’s the one headline, ‘machine kills child,’ rather than the 30,000 obituaries we have every year from humans killed on the roads.” It’s critical we push back against fear of the technological unknown and embrace driverless cars to help save lives. Lawmakers should not push new laws and regulations on driverless car technology. If they do so, the American public will be forced to accept more dangerous transportation options, reduced mobility, increased congestion and pollution, lower productivity, and higher prices for automobile travel.