Will Christians be Fitted with Yellow Crosses? 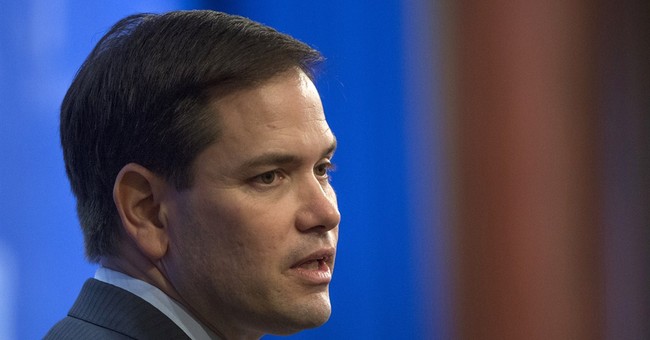 Amid the cross-country race to election 2016, the secular left’s utter disdain for both our Creator Christ and His faithful followers is fast approaching critical mass. Self-styled “progressives” – that is, America’s cultural Marxist agents of ruin – typically disguise their designs on despotism in the flowery and euphemistic language of “reproductive health,” “anti-discrimination” and “multiculturalism.”

We see this Orwellian newspeak at play right now in Washington, D.C., where congressional Republicans endeavor to prevent, if only timorously, two unconstitutional pieces of legislation from taking effect. The first, the District of Columbia’s so-called “Reproductive Health Non-Discrimination Act,” would force pro-life groups, including churches and para-church organizations, to hire pro-abortion zealots and other godless rabble-rousers with worldviews and socio-political agendas overtly hostile to the express mission of those churches and organizations.

The second, the farcically mislabeled “Human Rights Amendment Act,” would jettison the longstanding “Armstrong Amendment,” which, as notes the Daily Signal, “was enacted by Congress in 1989 to exempt religious schools in D.C. from being forced into violating their beliefs about human sexuality by ‘promoting, encouraging, or condoning any homosexual act, lifestyle, orientation, or belief.’”

In other words, under this new legislation churches and religious schools will be forced, under penalty of law, to deny the Christian sexual ethic and, instead, promote, encourage and condone homosexual behavior and other pagan sexual immorality.

So much for “human rights.”

Still, while most on the left are careful to mask their totalitarian goals and anti-Christian animus by coating these poison pills in sugar sweet jargon, on occasion one of these God-denying goose-steppers will let down his guard, drop the euphemistic BS, and vomit forth that acidic bile, unfiltered “progressivism.”

In reference to the 2016 presidential candidates who call themselves Christian, Tayler bemoans that these “God-fearing clowns and faith-mongering nitwits [are] groveling before Evangelicals.” He further protests Christians’ “nattering on about their belief in the Almighty and their certainty that if we just looked, we could find answers to many of our ills in the Good Book.”

Right, it’s called the Gospel, Jeffrey. It’s the only hope that either you or any of us has.

“There will almost certainly be no (declared) atheist or even agnostic among the candidates,” he laments. “This is scandalous, given the electorate’s gradual, relentless ditching of religion.”

Gradual? That’s a gaping understatement when one considers that even today over 80 percent of Americans identify as Christian with the vast majority of those who don’t nevertheless acknowledging the transcendent reality of a Creator God. Every man, woman and child understands through both general revelation and human reason that this unfathomably intricate, staggeringly fine-tuned universe didn’t create and fine-tune itself. It’s a tiny minority of angry, self-deluded materialists like Jeffrey Tayler who deny this self-evident truth. Scandalous? Hardly.

Continues Tayler: “With the dapper Florida Sen. Marco Rubio we move into the more disturbing category of Republicans we might charitably diagnose as ‘faith-deranged’ – in other words, as likely to do fine among the unwashed ‘crazies’ in the red-state primaries, but whose religious beliefs would (or should) render them unfit for civilized company anywhere else.”

Sound familiar? Such hubristic elitism is so 1939. It was similarly “faith-deranged,” “unwashed crazies” in Germany who, at that time, were numerically branded “unfit for civilized company.” Shall we Christians be fitted with yellow crosses, Herr Tayler?

Our Darwinian disbeliever then distills the timeless Christian faith to “far-fetched fiction and foolish figments” before launching into a tirade against the left’s favorite candidate to hate, Texas Sen. Ted Cruz, while, likewise, knifing twixt the shoulder blades, the richly diverse, 100 thousand-plus student body at Liberty University.

“Cruz pandered fulsomely to the faith-deranged by choosing to announce at Liberty University, that bastion of darkness located in Lynchburg, Virginia. Once administered by the late Jerry Falwell, Liberty promises a ‘World Class Christian education’ and boasts that it has been ‘training champions for Christ since 1971' – grounds enough, in my view, to revoke the institution’s charter and subject it to immediate quarantine until sanity breaks out.”

Are you getting this? Tayler’s not joking about revoking Liberty’s accreditation and otherwise consigning all faithful Christians to a constructive encampment beyond the margins of functional society. That’s their end-game. That’s the way their boxcars roll.

Neither do our papist friends escape unscathed. Tayler smears the Catholic Church as a “fanatical homophobic cult,” while blaspheming his own Creator. He inquires in litmus of some obscure atheist candidate, “[I]f you are indeed an atheist, will you come out of the closet about it? Will you utter that vilest of stock phrases ‘God bless America!’ to close speeches, thereby lending undue credence to the nonsense notion that an invisible tyrant rules us from on high?”

And why not? Russia had its Stalin and China its Mao. Who needs an “invisible tyrant” when we can elect one at the ballot box?

Or didn’t we already do that.