‘Gays’ and the Muslims Who Kill Them 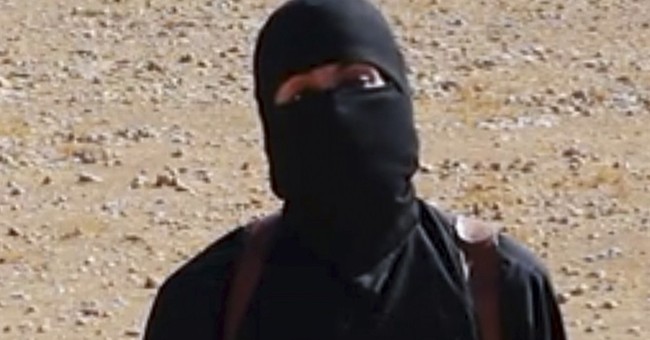 We recently had a guest contributor at BarbWire.com link to an article that, to our disgust, calls for the “lawful execution” of homosexuals. It went unnoticed by our editors and was removed once discovered. As we fully expected, a handful of especially virulent homosexual and atheist bloggers had a heyday with it nonetheless. They implied, knowing full well that it wasn’t true, that Christians in general and BarbWire in particular want homosexuals executed.

Of course, Christians, as does the Christ to whom we belong, desire nothing of the sort. We want nothing short of eternal life for all humanity, including homosexuals. We are “not willing that any should perish but that all should come to repentance” (see 2 Peter 3:9).

Now, Muslims, on the other hand …

The dhimmi left largely refuses to mention it, so I will. Homosexuals are, right now, actually being “lawfully executed” in Iran and other Muslim nations across the globe. To my fellow followers of Christ, I say this: They need our fervent prayers, deepest sympathies and unconditional support. Not in affirmation of their sexual sin, which the homosexual lifestyle remains, but because they are victims of Islam – because they are deeply loved by their Creator, Christ Jesus, who wants desperately for them to repent, accept Him and believe upon His Holy Name.

It’s a strange dichotomy. “Progressive” propaganda notwithstanding, and absent the rare anecdotal exception, homosexuals are decidedly not being persecuted in the West. In fact, homosexual activists wield unparalleled political power in both Europe and North America. This power, and its universal abuse, is on display for all to see. Truth be told, if someone, anyone other than a Muslim that is, even looks sideways at a homosexual, it becomes a liberal cause célèbre. It’s front-page news.

Indeed, the self-styled arbiters of “tolerance” and “diversity” are the most intolerant and monolithic among us. Their anti-Christian bigotry is well documented. Homosexual activists are frequently the crème de la crème of these left-wing extremist goose-steppers. Their hatred and intimidation of any who dare disagree are especially nasty.

By contrast, in the West it is Christians and conservatives who are discriminated against, bullied, hated, publicly mocked, fired from jobs and even threatened with jail time for acknowledging God’s natural design and moral mandate for human sexuality. It’s tyranny of the minority, and it’s reaching unprecedented heights.

Still, in Muslim nations both Christians and homosexuals are persecuted. That’s Islam. Each are systemically jailed, tortured and even executed. Curiously, it’s the same cowardly leftists who disingenuously accuse Christians of “anti-gay hate” at home who remain silent while homosexuals are, in point of fact, tortured to death by Muslims abroad.

Now that is hate.

In other words, bullies steer clear from picking fights with bigger bullies.

Even so, Muslims in the Middle East missed the “Hey-we’re-on-the-same-side-here!” memo. While politically correct “progressives” will trip over themselves to avoid criticizing Islam and, with perplexing incongruity, even promote it, adherents to “the religion of peace” will gleefully murder them while they do so.

Islamic apologist and suspected Muslim Barack Hussein Obama is exhibit “A.” If Islamists blew up the White House and the Pentagon (my bad, they already nailed the Pentagon), he’d blame it on the Christian Crusades, the Inquisition and “right-wing extremists.”

No, really, he would.

A few years back, homosexual columnist Andrew Sullivan declared Barack Obama to be “the first gay president.” While this was intended to be a compliment, meaning that Obama had fully embraced and unilaterally implemented the political demands of “LGBT” pressure groups, it turned out to be a premature accolade. Consider the indisputable fact that our “gay president’s” BFFs in Iran summarily execute those they suspect of practicing homosexuality. Whether they catch you cold in the bathhouse, or you simply walk with a wisp and speak with a lisp, if they even suspect you’re a homosexual, the Iranian government will publicly hang you as a matter of official government policy. These are the evil tyrants with whom our own evil tyrant chooses to play footsie – the Islamic terrorists he intends to arm with nuclear weapons.

Pick a side, Barry. Is it the “gays” or the Muslims? You can’t swing both ways on this one.

“Three men on top of a building, faces covered in black balaclavas, stand on either side of their victim, while a fourth seems to be taking a photo or video.

“Their victim is thrown off the building. In the last photograph, he is seen face down, surrounded by a small crowd of men, most carrying weapons, some with rocks in their hands. The caption reads ‘stoned to death.’

“The victim brutally killed because he was accused of being gay.”

This weekend I am honored to once again share the stage with the who’s who of America’s Christian leadership at The Awakening 2015 Prayer and Patriotism event in Orlando Florida. Among the featured speakers is the Rev. Franklin Graham. In recent years, Rev. Graham has emerged as one of the Christian world’s foremost defenders against threats posed by both radical Islam and radical “progressivism.” He’s also a loving defender of the self-described “LGBT community.” I say defender, because, rather than enabling them in their self-destructive, sin-centered lifestyle, he fearlessly shares with them the truth of where that lifestyle will inevitably lead and to whom, exclusively, they can and must turn to escape its spiritual dead end.

“A recent news report shows Islamists throwing gays off rooftops and then stoning them when they hit the ground,” Graham recently posted on Facebook. “Does this sound like a peaceful religion to you, as the president has said?”

While refusing to waiver on the biblical truth that homosexual behavior is sin, Graham went on to share the hope found in Christ alone.

“I love gay and lesbian people,” he wrote, “and I want them to know that God loves them too, and He is willing and eager to forgive sin – all sin – however, we must repent and turn from our sin and believe on the Name of the Lord Jesus Christ.”

Amen, Rev. Graham. This is our prayer for homosexuals, the Muslims who kill them and every other living soul on earth.