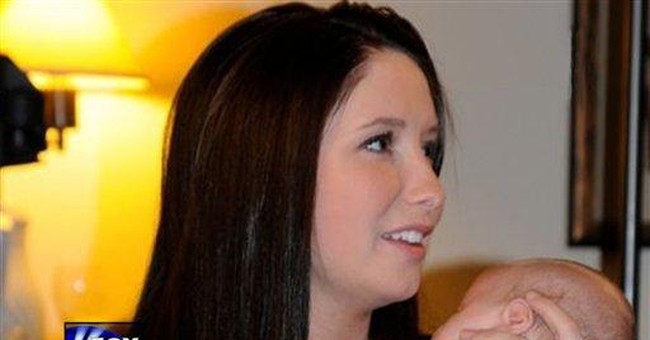 One of these days someone is finally going to trip and fall off the landing in front of the back door. There will be blood. Perhaps a concussion. But then at least one of my children will understand why I've nagged all these years about putting the shoes where they belong.

They belong in the baskets, clearly marked with the names of my four children - the baskets that sit conveniently on the shelves next to the door. Depositing a pair of shoes into a basket can be done in one fluid motion, taking no more effort than it would to bend over and pick up any object, say a pencil or a dollar bill.

I've tried everything I can think of to get my children to develop this habit short of actually tossing money out the door. I'm certain if I did this, my kids would snatch the cash and leave the shoes on the steps.

I guess I'm just unrealistic, but such is the curse of a parent.

Every mom and dad I know harbors a host of unrealistic expectations - a clean bedroom, a limited number of text messages, a job after graduation.

In fact, it strikes me that a perpetual state of unfounded optimism ought to be chief among the traits of every parent. Without it, we'd have to admit that all our admonitions and lectures and warnings and consequences are for naught because realistically, children won't listen.

New mom Bristol Palin, daughter of Alaska's Gov. Sarah Palin, in a recent interview with Fox News' Greta Van Susteren, made a case for realism in parenting. When asked her view on teen motherhood - specifically on the nature of the relationship that landed her in this difficult and life-changing role, Miss Palin said she thought her mother's views on abstinence were "unrealistic."

To be sure, Miss Palin made a sincere and compelling case for "waiting 10 years" to take on the responsibilities of parenthood. She repeated that the role, while rewarding and satisfying, is incredibly difficult. "There's nothing glamorous about it," she said, aptly pointing out that it's not the long, sleepless nights or the tasks of caring and feeding, but the fact that "you're no longer living for yourself. You're living for someone else."

That's a big realization for one so young.

Teaching our children to be responsible, including the responsible choices of abstaining from unmarried sex, underage drinking, experimental drug use, risky Internet behavior, is often called an unrealistic strategy.

Pragmatists say we're better off accepting that children and teens will do the things we warn against anyway, so a better, safer route is to manage the outcomes to the degree we're able - supply condoms, collect the car keys and host the kegger at home and legalize marijuana to avoid the potential for a criminal record.

Still, most everyone agrees that high-risk behaviors like these are not good, not healthy, not desired. Abstaining may be tough, but it's still the best solution.

Miss Palin may think her parents' advice regarding abstinence was unrealistic, but I think that was the 18-year-old daughter talking.

The 18-year-old mother will soon discover that unrealistic expectations drive the parenting bus.

With time and experience, perhaps she'll discover that we parents have another name for those unrealistic expectations. We call them "ideals."

Without them, parenting would be near impossible.