Marvin Olasky
|
Posted: Mar 01, 2016 12:01 AM
Share   Tweet
The opinions expressed by columnists are their own and do not necessarily represent the views of Townhall.com. 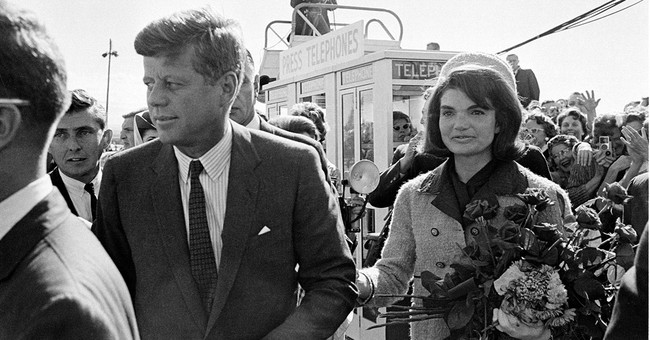 The way we learn most about presidential candidates now is through debates, which are to real governance as Home Run Derby is to real baseball. So be it. Who can avoid brain freezes? Who can strike out in one game and go 4-for-4 in the next? These next two months will tell.

We can already lay to rest, though, the silly debate of the early primary season: Does a senator or a governor make the best president? It’s silly because a president needs to understand both big and little, both vision and the devilish details. The capacity to comprehend both varies enormously from individual to individual, regardless of experience.

The more important question is worldview -- and in this election, how a candidate views the world. We’ve elected each of our last three presidents (two governors, one senator) as domestic policy chiefs. Bill Clinton ran immediately after the Cold War ended. George W. Bush sadly became a foreign policy president after 9/11: His play in an uncompassionate arena allowed Barack Obama to gain the White House with a 2008 pledge to bring troops home and ignore as much as possible the rest of the world. (Bow, “reset,” smile.)

Given this history, it’s irrelevant whether governor or senator DNA is better. The candidates need Cuban DNA, the kind gained from seeing totalitarianism face to face and understanding its soul-sapping evil. In Havana and Miami I’ve interviewed Cuban Christians who learned crucial lessons by spending years in Fidel Castro’s prisons, but you don’t need Cuban genes to have the kind of Cuban DNA I’m describing. It comes whenever you learn to fight dictators. We were blessed in the United States to have a run of presidents with Cuban DNA: Dwight Eisenhower in the 1950s, then John F. Kennedy, Lyndon Johnson, and Richard Nixon.

With all their differences in policy and character, they were all ready, in Kennedy’s classic words, to “pay any price, bear any burden, meet any hardship, support any friend, oppose any foe to assure the survival and the success of liberty.” They all acted in support of other parts of Kennedy’s inaugural address: that “the rights of man come not from the generosity of the state but from the hand of God.” That the United States should not “permit the slow undoing of those human rights to which this nation has always been committed.”

Jimmy Carter did not understand that and lost to Ronald Reagan, who had Cuban DNA after battling Communist influence in Hollywood and staring down threats to throw acid in his face. Many Americans were tired of hardships, and had Reagan not gained the support of Democrats disgusted by abortion, Carter could have been reelected. Soviet leaders would have carried on. The Cold War would have continued. We might now all be dead after miscommunication and fear led to nuclear war.

But we survived, and a generation arose that did not know Josef Stalin or Mao Zedong or Pol Pot or the Ayatollah Khomeini. Unwilling to bear burdens, and listening to the pied piping of a president who thinks the problem is too much American power, moviegoers cheer rebels like Katniss in “The Hunger Games,” but in life most are rebels without a cause. One reason is that we live now in a new book of Judges, where arbiters of legal right and wrong declare there is no God in America and everyone should do what is right in his own eyes.

While America falls into cultural anarchy, dictators who mix nationalism with remnants of communism rule Russia and China, and Middle Eastern clerics worship a god created in man’s authoritarian imagination. The antidote to both anarchy and oligarchy is Cuban DNA. The only good that came out of my youthful Communism was an appreciation of the reality of evil. Some ISIS-watchers are gaining a similar education. Many millennials lack that understanding, but there’s still time. Maybe their teachers can be the two senators in our presidential race with Cuban DNA bequeathed them by their fathers, who saw Fidel Castro and ultimately refused to bow, scrape, and grin. I find both to be attractive candidates, but others may also have it: We’ll learn much during debates to come.