The Great Cloud of Patience 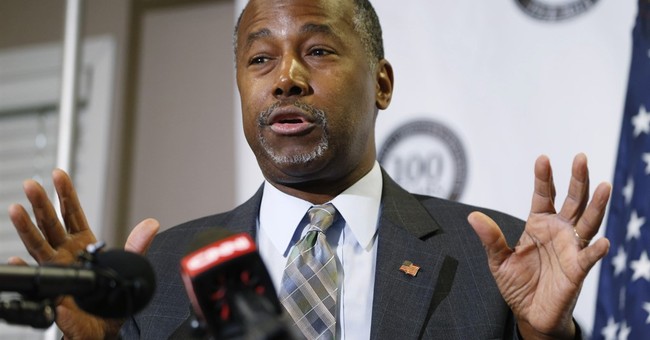 Many evangelicals hope for favorable game changers, heroes and events that will transform the political and social landscape. We rarely get them. Instead, we find ourselves facing what John F. Kennedy called “the burden of a long twilight struggle.”

That’s what Daniel faced in 550 B.C., when he began to have the series of dreams and visions that make up the second half of his Bible book. By then he was probably close to 70, after 55 years in and around the Babylonian bureaucracy. He apparently hoped for a breakthrough -- but God kept telling him not to expect closure.

That was unsatisfying. Daniel wrote at the end of Chapter 7, “my thoughts greatly alarmed me.” At the end of Chapter 8 he was “overcome and lay sick for some days ... appalled by the vision.” Daniel at about age 80 saw another great vision and described in Chapter 10 the result: “My radiant appearance was fearfully changed, and I retained no strength.”

Why were these visions of events to come so disturbing? After all, a young Daniel decades earlier interpreted for Nebuchadnezzar a dream that offered a parallel view of a distant future, and that king was not particularly disturbed. But Daniel knew Israel’s time of exile in Babylon would be 70 years, and he may have been hoping for a happily- ever-after conclusion to his people’s travail.

Instead, he had visions of superpowers clashing for centuries to come, with Jerusalem pinned between warring empires and facing destruction and abomination. Babylon. Persia. Egypt. Greece. Rome. Ravenous animals -- a lion with wings, a bear, a leopard with wings, a beast with iron teeth -- made Israel’s survival a long shot. Today, many have similar fears concerning the Chinese dragon and the Russian bear.

Daniel had to learn patience, and so did his Jewish successors within the Persian empire. The book of Esther tells how Mordecai, officially trusted enough to sit in the king’s gate, had to watch helplessly as his beautiful cousin and adopted daughter, virgin Esther, “was gathered” with other young women and “was taken” into the king’s harem. The words, which reflect the Hebrew, are maddeningly passive.

What Daniel gained by intellect, Esther gained by beauty, and Mordecai gained by patience. When he heard of a plot to assassinate the king, he did not take revenge for Esther’s captivity by assisting the assassins, as a moviemaker today might have him do. Instead, he saved the king’s life. When Esther first received Mordecai’s request that she enter the king’s inner court, without pre-authorization, to plead for the Jews who faced genocide, she turned down what seemed like a suicide mission.

Mordecai, instead of commanding Esther, patiently explained the stakes and asked her the question we all need to answer when asked to go on a mad mission: “Who knows whether you have not come to the kingdom for such a time as this?” Esther then replied, “I will go to the king, though it is against the law, and if I perish, I perish.” She acted not out of a sudden rush of emotion or unawareness of the risks. She was a true heroine, counting the cost but acting nevertheless.

Last month conservative members of Congress, yearning for a game changer, showed they had learned patience. They decided not to push for another government shutdown that media liberalism would turn into political disaster. They decided not to plunge the GOP into further confusion by making selection of a new speaker of the House impossible. They made the best deal they could and agreed to vote for Paul Ryan.

Now it’s up to evangelical voters to show patience. Despite media claims, Donald Trump has only a few thoughtful evangelicals in his corner and gains more support from those whose theology is on the “drink my little wine, have my little cracker” level. Evangelical supporters of Ben Carson have a much better case, since he models what a Christian in public life should be -- thoughtful, soft-spoken, and compassionate -- but in a corrupt society he’s too good to be elected president and too inexperienced to be effective.

Frustration leads to fantasies about game changers. We’re better off building educational and media institutions, and supporting electable candidates willing to defend them. Members of Hebrews 11’s great cloud of witnesses were patient. We should be as well.