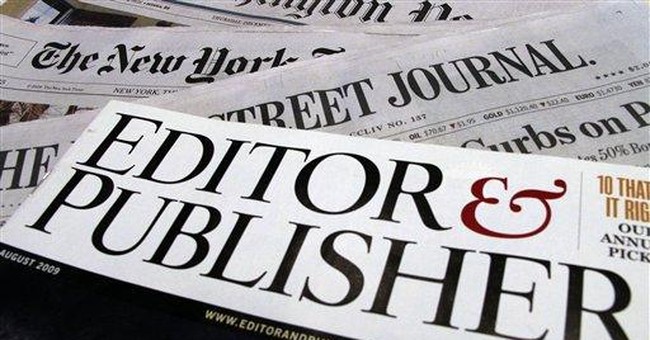 Our first issue of the year is usually my time for announcing contests tied to WORLD’s goals—and for 2013 we have three for those who care about fighting poverty or improving journalism, plus a fourth opportunity.

Contest No. 1 is our eighth annual Hope Award for Effective Compassion: national recognition plus $25,000 for an excellent poverty-fighting ministry. Regional winners will receive $4,000 each. Ministries need to be explicitly Christian, local rather than national, and dependent on donations rather than government grants. To get a sense of what we’re looking for, go to worldmag.com/compassion/2012.

To nominate an organization, please email a note to June McGraw (jmcgraw@worldmag.com) by Valentine’s Day, Feb. 14, including the ministry’s name, address, and web address, with a sentence or two explaining why you love it. Our staffers will then do extensive checking. Note: Last year’s nominees are in our database and eligible for reconsideration.

Contest No. 2 is new to us but old to some of you. The Amy Foundation, founded in 1976 by Jim and Phyllis Russell and named after their daughter, is best known for its Amy Writing Awards, which are incentives to present biblical truth in secular publications. That’s also one goal of our World Journalism Institute, which exists to prepare writers for World News Group publications and also for Christ-oriented work on secular publications, whenever they allow us an opening.

The Amy folks asked us several months ago to take over administration of the Amy Writing Awards beginning this January. Amy generously continues to put up the prize money—$10,000 for first place and $24,000 more for 14 other winners. The World News Group will receive and evaluate submissions, using an initial screener and then teams of two staffers to narrow down submissions to about 20 or 30. A judging panel that includes Joel Belz and me will select the winners.

Here are two vital points to remember, should you decide to enter the contest. First, the articles need to be published in secular journalistic publications: Newspapers, magazines (local, regional, or national), news websites (not blogs or newsletters), college newspapers. Second, they should involve original reporting, with preference given to news and feature stories. Columns and opinion pieces are eligible, but those based on pavement-pounding rather than pontificating—street-level rather than suite-level research, we like to say—have preference. Works of fiction or poetry are ineligible.

Past winners have included some seasoned pros like Cal Thomas but also a myriad of gifted amateurs, so we hope many people will try their hand this year: For more information, go to worldmag.com/amyawards. Many city newspapers won’t run feature stories from a Christian perspective, but many college newspapers will, so we hope to receive entries from students who enjoy both writing and winning cash that can reduce their college loans. We hope that chapters of Cru, Reformed University Fellowship, InterVarsity, and others will run with this: Email us at amyawards@worldmag.com if your chapter needs some encouragement.

Contest No. 3 begins with a question: What would you call the view that effective poverty-fighting needs to be challenging, personal, and spiritual, with government welfare spending reduced and local religious and civic groups energized to take the lead? In the 1990s I called this decentralizing emphasis “compassionate conservatism,” but Bush administration profligacy tarnished the concept. If you have a re-branding idea, please send it to jmcgraw@worldmag.com. Winner gets a year’s subscription to WORLD.

The opportunity I mentioned at the start is our May 2013 World Journalism Institute (WJI) introduction to Christian journalism: This Asheville, N.C., course is two weeks long, with week one emphasizing writing and week two photography, video creation, and radio. Tuition and lodging is free for college students, and we may sprinkle in a few older folks with journalistic interests: They receive free tuition as well, but pay for their lodging.

Eleven World News Group staffers are WJI graduates. Another dozen work at other Christian publications, and 40 or so work in journalism at local newspapers, magazines, television stations, and other outlets. Eight of the May 2012 WJI students received paid internships at WORLD or elsewhere, so this is a major route into journalism: For more information, go to worldji.com/programs/view/5.

Here's Where a Fox News Panel About the FBI's Ransacking of Mar-a-Lago Went Off the Hinges
Townhall
NBC News journo tries to explain why 'Inflation Reduction Act' is being reported as a 'climate and health bill'
Twitchy
Twitter Suspended Paul Sperry, but He's Still Reporting Some Troubling Things About FBI Raid
Redstate
What's the Real Reason the DOJ Is Investigating the Southern Baptist Convention?
PJ Media