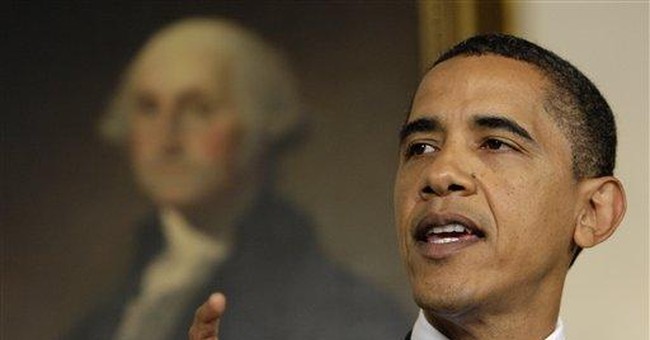 At WORLD we criticize Barack Obama a lot but look for opportunities to compliment him. He is the president of all of us, and Romans 13 (plus other chapters of the Bible) adjure us: "The authorities that exist have been established by God." Besides, we try hard not to be a tame magazine and especially not a GOP mouthpiece, as Bush administration officials learned, sometimes to their chagrin.

So, let us now praise famous geneticists and welcome President Obama's nomination of Dr. Francis Collins, the "genome guru" in the mellifluous words of the Associated Press, to head the National Institutes of Health (NIH). Collins is highly likely to receive Senate confirmation and become one of the world's most influential scientists, with $30 billion to spend each year on human flourishing.

Collins, 59, is best known for directing the successful effort to sequence the humane genome, the DNA that makes up the human physical blueprint. But there's more: Earlier this year, I heard him before a sophisticated New York audience speak of his personal faith in Christ, and he did so credibly and winsomely. He said it would require more faith not to believe in "a designed universe" than to see it as God-made.

That's good: A Christ-hater at NIH could make much mischief. What's not clear is how Collins applies biblical logic to policy matters. He has made some pro-choice-on-abortion statements and has supported embryonic stem-cell research: We'll discuss his current views in an upcoming issue of WORLD as we learn more about them. But right now I'd like to ask about his support for "theistic evolution" and his attacks on Intelligent Design (ID).

Collins recently set up the BioLogos Foundation: Its website defines BioLogos as "the belief that Darwinism is a correct science." This is confusing: Darwinism means unguided evolution, right? Does Collins mean by "theistic evolution" the concept that God is guiding the evolutionary process? If so, isn't that a version of ID? On the other hand, if Collins believes that God passively watches evolution unfold, isn't that deistic evolution?

The basic problem may be that Collins believes in Christ's resurrection but doesn't seem to have a high view of Scripture, which is where we primarily learn about Christ's resurrection. For example, Collins' BioLogos website declares, "It seems likely that Adam and Eve were not individual historical characters, but represented a larger population of first humans who bore the image of God." Many subsequent figures in the Bible, preeminently Jesus, referred to Adam as an individual: Were they deluded?

Still, I'm not so worried about Collins' theological statements: Many readers can exegete them and come to their own conclusions. What I and many others need help with is the science. I'll put it simply and personally: I like Collins and find him convincing as he attacks ID. But when I hear Steve Meyer, author of Signature in the Cell, a major new book published by HarperCollins and reviewed positively by many scientists, expound the flaws in Darwinism, I find him utterly convincing.

I don't understand the science well enough to ask Collins intelligent follow-up questions, so I'd love to see a discussion between Collins and Meyer. Earlier this year I asked Collins personally if he'd come to The King's College in the Empire State Building sometime and spend an hour before faculty and students discussing the issues with Meyer: We'd tape it and put excerpts in WORLD. Collins said no, and he has since said no to other entreaties.

Of course, he was busy earlier this year and he'll be even busier now. Collins may also be averse to sharing a platform with someone below his status, but Meyer has a Cambridge University Ph.D. and, as of 10:49 p.m. on July 6, had the No. 1 best-seller in Amazon's Kindle store in the "science and religion" category; Collins' book, The Language of God, was No. 3. (Note: Collins' has been out for a couple of years and has sold widely—but Meyer is a worthy challenger.)

I still want to hear two intelligent, influential guys discussing design, so I'm asking Collins publicly: Please, sir, busy senators and governors and major authors are coming to King's these days, and I suspect you too will be coming to Manhattan sometime. Whenever you do, can you spare an hour?