Regardless of Who Wins the Election, It's Great to Be an American 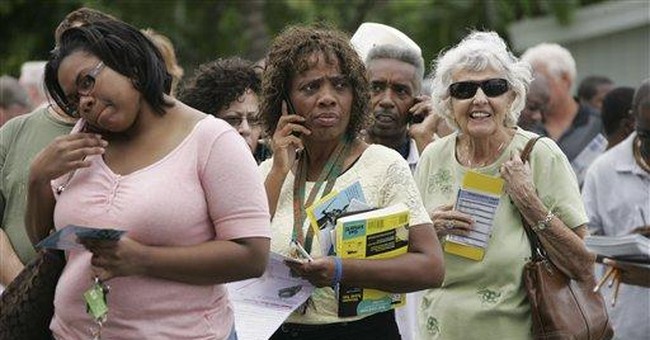 No matter who becomes president on Nov. 4, I'm proud to be an American, and others are too. Let's not hear evangelical muttering about leaving the country if a disliked candidate wins next Tuesday.

Last year on Veteran's Day, Nov. 11, Susan and I were in Annapolis, Md., home of the Naval Academy and also Chick and Ruth's Delly (that's how it's spelled) on Main Street. Each morning all within the eatery—cooks, waiters, patrons—stand and recite the Pledge of Allegiance.

That's rare these days, but why should it be? Much of the world lives under tyranny, and we shouldn't take for granted having a country in which at least we know we're free. Jews certainly don't take that for granted: Chick and Ruth Levitt opened their restaurant in 1965 and later passed it on to Ted and Beth Levitt. Christians these days should not either.

The custom recorded at the biblical wedding of Cana—serve the best wine first, then bring out the bad stuff when guests are too drunk to tell the difference—also applies to patriotism: Abundance and ease dull our senses. Reciting the Pledge of Allegiance was common in the 1950s and early 1960s, when the United States faced great danger of nuclear annihilation from an evil empire that had hundreds of missiles aimed at us.

Some now say that the Cold War had the silver lining of pushing Americans to rally 'round the flag. But even if that were the case, let's remember one thing: It wasn't worth it. Depending on a balance of nuclear terror is no way to live. Only God's grace prevented disaster, and we should never assume that God will protect us from all our folly.

So the question now is whether we can have some national unity when we face the threat of only one major city being blown up. Those on the left are making noise about resentment on the right, but both sides have their fanatics. Can we at least have a good spirit about our political differences, in the way that the Levitts named sandwiches not only the George W. Bush (Swiss cheese, tomato, and bacon on rye) but also the Barbara Mikulski, after Maryland's left-wing senator (tuna and melted cheese on a bagel)?

A recent Harris survey showed 83 percent of Americans still saying there is a unique American identity—but 63 percent say this identity is weakening, 72 percent are concerned about cultural and political divisions, and 24 percent say it's too late to reassert a common sense of country. Are they right?

The Harris surveyors also asked, "What does it mean to you to be an American?" Respondents typically spoke of free speech, free enterprise, free movement, and other liberties that exist only because generations fought for them. It's good that some noted the importance of the Constitution, the rule of law, a common language, and the gratitude they feel even when saying the Pledge of Allegiance.

America, after all, is more than a restaurant where we give a waitress our orders. Countries are like families writ large. Parents train children to be free but also to be responsible—and one responsibility is to keep the family going. That's why the winner on Nov. 4 should take to heart the Midshipmen's Prayer of the Naval Academy: "Keep me true to my best self, guarding me against dishonesty in purpose and in deed. . . . Protect those in whose love I live. Give me the will to do my best and to accept my share of responsibilities with a strong heart and a cheerful mind. Make me considerate of those entrusted to my leadership and faithful to the duties my country has entrusted in me."

Since both major candidates state that they are Christians, all of us should pray for more midshipmen's grace in the life of the president-elect: "If I am inclined to doubt, steady my faith; if I am tempted, make me strong to resist; if I should miss the mark, give me the courage to try again. Guide me with the light of truth and keep before me the life of Him by whose example and help I trust to obtain the answer to my prayer, Jesus Christ our Lord. Amen."