This ‘One Word’ Will Lead You to Success on Wall Street 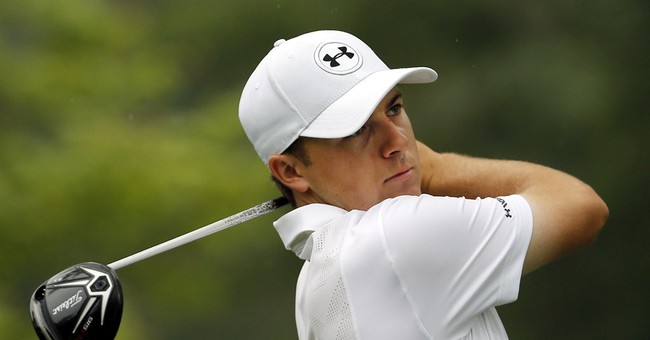 “I’m going to try and stay in the moment and be very patient… and understand it’s going to feel like a whole different tournament.” – Jordan Spieth

I’m not a great golfer, just more of a hacker and lucky to keep my score under 100 in a round of golf. But I enjoy watching the sport from time to time. I used to sit in the “golf seats” at the Orlando Magic games in the 1990s, and I met Tiger Woods once.

But now a new champion has come to professional golf. Jordan Spieth was only 21 years old when he won the recent Masters Tournament. Spieth is the same age as Tiger Woods was when the latter golfer put on the green jacket of a Masters champion for the first time. Spieth also tied the record Woods previously set for the lowest score (270).

Is Jordan Spieth the next Tiger Woods? It is too early to tell, but Spieth has a lot of promise.

Spieth almost won last year’s Masters Tournament. When asked what made the difference this time, he responded, “This year I learned patience.”

Patience is a key, perhaps the key, to being a successful investor. Too often investors panic and get so emotional they sell near the bottom of a bear market or get greedy and buy at the top.

The key to success is to check your emotions and let your brain do the thinking. Joe Kennedy was like that. He was a strict contrarian who had an ideal temperament for speculating: “a passion for facts, a complete lack of sentiment and a marvelous sense of timing,” said a confidante.

J. Paul Getty, America’s first billionaire, wrote in his classic book “How to Be Rich,” “The big profits go to the intelligent, careful and patient investor, not to the restless and overeager speculator… The seasoned investor buys stocks when they are low, holds them for the long-pull rise and takes in between dips and slumps in his stride.”

Many investors panicked in 2008 and early 2009 after their IRAs or investment portfolios had lost half of their value. They were tempted to sell, and many did. Imagine if they had patiently waited out the crash and held on. Today, their investments might be fully recovered and also may have added some profits. “Patience in market is worth pounds in a year,” advised Ben Franklin.