You Blew It! How the State of California Made the Drought Worse 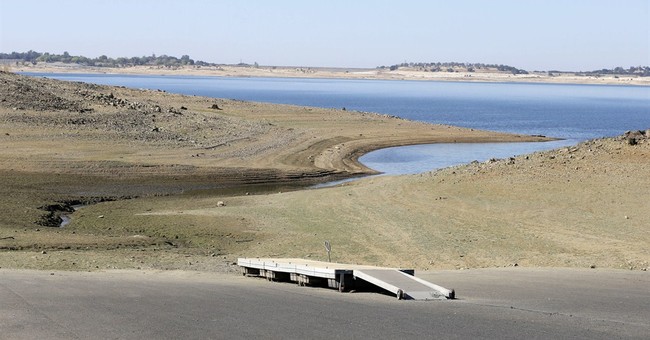 I have been living in Southern California for the past four months and have witnessed firsthand the results of one of the worst droughts in history. With little rain, California is dependent on reservoirs and out-of-state sources to provide the water needs of California consumers, business and agriculture.

Now, Governor Jerry Brown has mandated a 25% statewide reduction in water use. Of course, the best solution is to raise the price of water to ration it efficiently, but that is politically not acceptable. So we end up imposing various restrictions on water use.

It hasn’t helped that the radical environmentalists and state officials stopped building dams and reservoirs in California years ago. I’ve been told there’s plenty of water if we could just capture it in reservoirs.

On Tuesday, I met with former Hewlett Packard CEO Carly Fiorina at a meeting with supporters, and she blamed environmentalists for what she called a “man-made” drought in California.

“With different policies over the last 20 years, all of this could be avoided,” Fiorina, a likely 2016 Republican presidential contender, said in an interview with radio host Glenn Beck (a speaker at this year’s FreedomFest). “Despite the fact that California has suffered from droughts for millennia, environmentalists have prevented the building of a single new reservoir or a single new water conveyance system over decades during a period in which California’s population has doubled.”

Fiorina, California’s 2010 GOP nominee for U.S. Senate, said it was a classic case of government officials “being willing to sacrifice other people’s lives and livelihoods at the altar of their ideology. It is a tragedy.”

She is seriously considering coming to this year’s big FreedomFest show in Vegas. She would be a good speaker because of her background in business. Other business leaders coming to FreedomFest this July 8-11 include billionaires Steve Wynn, Peter Thiel, John Mackey and Steve Forbes. For more details go to www.freedomfest.com.

In case you missed it, I encourage you to read my e-letter column from last week on Eagle Daily Investor about the presidency, unions and money.