Feds Get Rid of Unconstitutional “Seizures” of Property 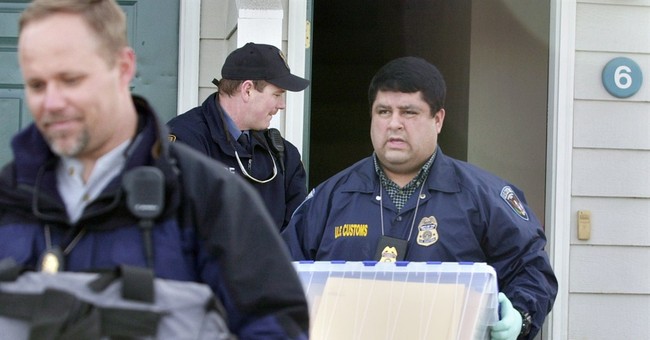 Good news! Not everything in the Obama administration is bad.

Last week, U.S. Attorney General Eric Holder did something that even the Reagan and Bush administrations failed to do: stop using federal RICO statutes to justify seizing people’s property without due process of law or evidence of a crime.

“Civil forfeiture” laws allowed local police to take property, including cash and cars, from people that they stop. Indeed, handing property over to federal authorities became common during the country’s war on drugs in the 1980s.

Since then, the practice, commonly known as “civil forfeiture,” has allowed the police to seize cash or property that they suspect is tied to a crime — even if the owner isn’t charged with one.

Since 2008, thousands of local and state police agencies have made $3 billion worth of seizures of cash and property, the Washington Post reports.

In some cases, cops even introduced the seized cash and items into their own departments, which creates a bit of a questionable incentive. For hundreds of police departments, money or assets from these types of seizures made up 20% or more of their annual budgets, according to the Post.

Local police were seizing property even without charging anyone with a crime!

According to the Washington Post, 81% of that spending came from seizures in which the property or cash owners were never indicted.

Believe it or not, the Supreme Court has upheld the practice a number of times, even though it is a clear violation of the Fourth Amendment. It just goes to show how far the government will go when it comes to collecting money.

Unfortunately, there are still state laws on the books that allow property seizures. But at least the federal government is setting the right policy.

In case you missed it, I encourage you to read my e-letter column from last week about gross output and the real movers of the economy. I also invite you to comment in the space provided below.

Join me for the World MoneyShow in Orlando, Florida, Feb. 5-7 at the Gaylord Palm Resort & Convention Center. To register for free admission to the investment conference, click here or call 1-800-970-4355 and mention you are my subscriber. Use priority code 037575.