Mark Sanford
|
Posted: Jan 14, 2016 9:17 AM
Share   Tweet
The opinions expressed by columnists are their own and do not necessarily represent the views of Townhall.com. 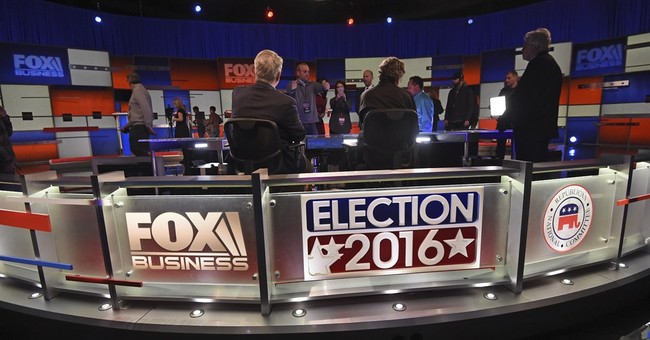 There have been debates, bluster, TV coverage, and more, but you know what’s been lacking in this Presidential race…a serious discussion of the debt, deficit, and government spending. It’s been skipped, and the degree to which this issue is not in vogue these days fits with what I have seen since I came back to the US Congress two and a half years ago.

Unlike the issues of guns, abortion, trade, ISIS, refugees, education, and more, this one issue falls into the category of near radio silence. Yet what the next President and Congress do to affect the sustainability of the way in which your money is spent in Washington will have more to do with the value of our currency, your savings, and even your way of life than any of today’s hot-button issues.

So my New Year’s hope is that in tonight’s FOX Business debate in Charleston, this issue is actually examined and discussed in a real and substantive way.

Here are a few things to ponder when you think about the federal budget, and why we have to act now.

In just ten years, there will only be enough money coming into the federal government to pay for interest and entitlements…and nothing else. This is not in our grandkid’s time, it’s in the next President’s time that the consequences of this financial reality begin to really come home. It will mean dire things for interest rates, inflation, and the value of the dollar…and by extension the value of all you possess and plan to retire on.

The growth in the federal government debt is becoming geometric. This makes sense, as Einstein was once asked what the most powerful force in the universe was, and his reply was compound interest. Debt can work for you, or against you in very powerful ways…and America is on the verge of experiencing very negative forces on this front. Think about the growth this way: it took two hundred years for our nation to accumulate $5 trillion in debt, yet during just the eight years of the George W. Bush presidency, it doubled and moved from $5 to $10 trillion. Now in the Obama presidency, it is doubling again, moving from $10 to $20 trillion. A freight train is coming at us, and we are not discussing it.

Most frightening is that it’s all scheduled to get much worse over the next ten and twenty years. Because our federal government has operated on what’s called a unified budget since the time of the Vietnam War, the real cost of government’s operations has been masked. Every dollar that came into Washington was spent. Dollars that came in to programs like Social Security masked the true cost of government because their surpluses were used in current operations of government. In Lowcountry terms, this represented the tides coming in. But now the tides are going out because the baby boomers are retiring and these trust funds are running deficits. This phenomenon will grow as the numbers of retirees grow over the years ahead.

Finally, you can’t go much below zero in setting interest rates. The Fed has aided and abetted spending in Washington as it has kept interest rates artificially low. When rates return to historical norms, hundreds of billions will be added each year in interest cost at the federal governmental level. The Federal Reserve has actually done much more than this as its balance sheet swelled over the last few years from $850 billion in 2008 to $4.4 trillion today. Without the Fed buying Treasury paper as it’s done, there is no way the federal government could have run the deficits it has without inflation or taxation that would have caught the interest of Congress, voters…and maybe even Presidential candidates.

Where does all this leave me? Hoping that we don’t have another debate filled with discussion of shiny and distracting objects…but debate that does address what Admiral Mike Mullen called the greatest threat to America: the federal debt. But we will see come Thursday…